Tinga and Roman "Romeo" Stewart are Jamaican brothers that entertained appreciative audiences with Reggae music from the 1960s to the early 2000s. Those fans still talk about the singing duo with admiration.

Roman was the younger brother, but followed his big brother into music at just age 11 in 1968. His career started later in life than did either Michael Jackson's or Sammy Davis Jr.'s at age five, but Roman Stewart made a big impression in Reggae circles and music in general.

Reggae did not win popularity in my community until the 1970s - 1980s, but Reggae singers and musicians began to be featured at small clubs and The Ohio Sate Fair in my county. In the 1970s, popularity of the style caught on with larger club managers that began booking talent.

Roman Stewart moved from Jamaica with Tinga in 1976 to New York City and developed a career by offering friendliness and polite manners. People liked him.

Frequently visiting record shops just to spend time and talk, he cut some records through the relationships he made there. He also was not against singing for free at parties of his friends and new people he met. He was a generous person with good manners and a friendly personality. It is well known in music circles that for this he was nicknamed Mr. Special. Early Success of the Stewart Brothers

Tinga Stewart, who was born Neville Stewart in 1955, is still living and active in music at this time. He has won numerous music contests. Thus, he is is writing, recording and producing albums even now. Very popular, Tinga has amassed growing numbers of fans in both Jamaica and the USA.

Tinga and brother Roman attended St. Aloysius and Trench Town Comprehensive Schools in Jamaica. Tinga first began singing professionally at only age 15 in 1960 and became the lead singer for the Boris Gardner Happening from 1971 - 1974. He was quite good and showed much talent early on.

The final year of the collaboration with Gardner saw him win the Jamaica Festival Song Competition for the first of three times at age 29. He later won a second time as a singer and a third time as a song writer, landing a contract for an album almost simultaneously.

Brother Roman also won the competition in first place once as a singer in 1975 with a song written by Tinga - Hooray Festival. Both brothers were talented.

Interestingly, Roman, born in 1957, was a Mario Lanza Tribute Artist in the early 1970s. notably at Victoria Pier in Kingston, Jamaica.

Listeners at the very popular pier venue quite enjoyed his performances of Mario Lanza numbers. Unfortunately, Lanza died in 1959 and never heard Roman's tribute performances. Some of the favorite Lanza numbers for Roman to perform were Be My Love and other love songs.

Performing at the Pier

Different love songs from Lanza's also appeared in Roman Stewart's albums, but Lanza was a large influence. Mario Lanza influenced not only future opera tenors, but this great Reggae star as well.

The range of musical styles that the Stewart Brothers performed together was unexpected. Not only did they handle Reggae with aplomb, but they were just as effective with songs of the Gospel (Peace In the Valley) and even Country-related songs, Wolverton Mountain being a memorable one.

Both men were quite handsome and drew large crowds of both men and women to their performances. They were well liked by many people in America and Jamaica and other parts of the world. 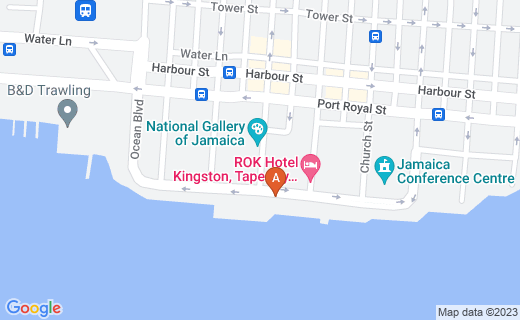 Roman's Death:Two Songs at a Party

Roman Stewart was actively performing through the years until the night of his death in 2004. There were no warning signs or physical symptoms prior to this night.

On January 25, Roman had been attending a Freddie McGregor (from Victoria Pier days) concert in NYC. When the concert was completed, Roan attended a party afterwards. There, he sang two songs, and stopped singing, because of chest pains. Later that evening, he simply fell into a coma. He had suffered some sort of event that led to cardiac event.

Heart surgery was performed for Roman and he is said to have awoken afterwards and spoken of quitting alcohol and drugs. However, he entered another coma from which he did not awaken. On January 26, 2004 he died in Long Island Jewish Hospital of heart failure at age 46. His brother Tinga continues to work in the music industry.