The Story of Diana Ross and The Supremes

The Supremes, practically everyone has heard or know something about the popular female singing group from Motown. We all know Diana Ross was one of the original Supremes at Motown. We all know that there were three singers in the group, but it wasn't always that way. Finally, most of you do not know "The Supremes" was not the original name of the group. You will not believe what the group was called initially. Well, let me enlighten you with the story of "The Supremes."

Mary Wilson was the first of the Supremes to give it a try in a talent show held in a local high school one night in 1958. She ran into Florence Ballard who also was competing in the same talent show. Neither girl won the talent show but they did stay in touch with each other after their first meeting.

Florence eventually receives news that a male group called "The Primes" were looking for four singers to compliment their group and it will be called "The Primettes." It is here where Florence and Mary first meet Diana Ross and another singer name Betty McGlown. They too were trying out for the group also. After the group was formed and several performances later, the girls were beginning to realize that it was time to start recording their own songs since they were becoming just as popular as their male counterparts. Mary said at this point as quoted, "We have been singing from 1959 through 1960, doing local record hops and state fairs. We had gotten a following. It finally dawned on us to do some recording. Motown was the only company that was going strong." 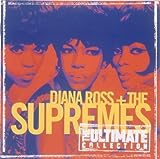 The Birth of The Supremes

During the 60's everyone in Detroit knew Motown was the place to go if you wanted to break into the music business. The recording studio had already produced recordings for The Miracles, Marv Johnson and Mary Wells. Berry Gordy declined the girls initial request for a recording session because he thought the girls were too young. After all these girls were teenagers and still in high school. He suggested that the girls should wait until they finished high school and come back

Meanwhile, the girls continued to sing as The Primettes with continued success. Betty McGlown later makes an announcement that she will be leaving the group to get married and she was not planning to make singing a career.

After Betty's departure, the trio continued to sing and they eventually made their first recording in another recording studio in Detroit called Lupine Records. The single was recorded in 1960 titled "Tears of Sorrow/Pretty Baby" but it was not released until 1964.

The Primettes was still short by one singer. Mary, Florence, and Diana knew they needed to find someone to fill Betty's place. After several attempts, they found a very exciting singer named Barbara Martin for her replacement and began to spent more time daily around Motown as clappers and tambourine players during recording sessions. Finally in 1961 The Primettes got their big break at Motown. Berry recorded their first recording and before it was released he thought the girls needed a new name. He gave the girls a list of names and Florence pick the name "The Supremes" for the group. This name was used on the first release in 1961 "I Want A Guy/Never Again." Unfortunately, it didn't do well because there was another girl group called "The Marvelettes" who produced a single that did much better to take the top spot on the chart that year. Berry later released a second recording "Buttered Popcorn" by The Supremes which did better this time around especially in the Detroit area.

The Supremes continued to make recordings but Berry did not released them. He eventually switched the recording labels to Motown in 1964 and enlisted Smokey Robinson to help get these young girls to the top. Also in 1964, Barbara Martin left The Supremes, and Diana, Florence, and Mary decided this time to keep the group as a trio instead of looking for another replacement.

The Climb To The Top

With Smokey's help The Supremes managed to record songs such as "Your Heart Belongs To Me," and "Breath Taking Guy" but these songs were not chart toppers. Gordy decided to add the Supremes to the Motown Revue package to increase their exposure. The Motown Revue had other popular groups in it such as The Miracles, The Temptations, Mary Wells, and The Marvelettes. It was at this time Berry made the decision to place Diana as the lead singer in the group. All the girls in the group had sung as lead at one time or another, but Gordy felt Diana's voice would produced the most money. Gordy also saw other qualities in Diana that showed she would work hard to reach the top of her game and then some. He saw a lot of potential in the group, but his main concern was to produced a hit from this group.

Gordy will make the decision that will change the course for The Supremes that will eventually make them the most popular girl group in the world. He put the Supremes in the hands of three songwriters, Lamont Dozier, Brian Holland, and Eddie Holland. Some of you probably know these guys from other Motown songs. The first song written by the trio "The Lovelight Starts Shining Through His Eyes" put The Supremes in the top 30 for the first time. The Supremes were finally moving up.

Finally, in 1964 The Supremes hit it big with "Where Did Our Love Go" while touring with Dick Clark's Caravan of Stars. This song would become the first number one hit in the country for The Supremes. The combination with Holland-Dozier-Holland had paid off. The Supremes stardom continued to rise singing the songs written by the songwriting trio such as "Baby Love," "Come See About Me," "Stop In The Name Of Love," and "Back In My Arms Again."

From 1964-1966, The Supremes' public appearances skyrocketed with appearances on "American Bandstand," "The Ed Sullivan Show," and various movies. 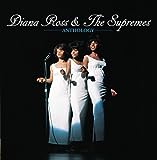 The Beginning of The End

By 1966 rumors began to circulate that Diana was leaving the group to start a solo career. The first sign came when Motown changed the record labels. The labels were changed from "The Supremes" to "Diana Ross and The Supremes," andDiana Ross was beginning to get more publicity photos and interviews without Mary and Florence.

Florence was beginning to show evidences of drinking because of the eminent breakup of the group and Mary was beginning to show anger about it. Florence emotions eventually got the best of her. She gained weight, missed interviews, performances, and on one occasion she went on stage after drinking. Florence ultimately left the world's most popular group when she was unable to get herself together again to continue her performances. After Florence departure, Mary replaced her with Cindy Birdsong of the Blue Belles in 1967. Despite all the things that were happening to the group, The Supremes continued to churn out hits after hits. Then in 1968 Dozier and the Holland brothers left Motown and this event made it difficult for The Supremes to maintain their dominance in the music business.

Diana Ross officially left the group in 1970 and Barry replaced her with Jean Terrell. Jean originally came to Motown to be a solo artist. With Jean on board, 1970 was a big year for the Supremes. Hits such as "Up The Ladder To The Roof" and "Stoned Love" made it to the top of the charts. Then in 1971 Cindy left the group to have a baby and was replaced by Lynda Laurence, the daughter of Ira Tucker, leader the Dixie Hummingbirds.

They by 1972 and 1973, the momentum of the group was beginning to wane. Motown was shifting its interests to Hollywood. Jean and Lynda left the group at the same time in 1973 to pursue their music careers under other labels. Mary's determination kept the name going with the addition of Scherrie Payne and the return of Cindy Birdsong. The group continued with a few more singles during the discos years of 1975 and 1976. Again Cindy left the group, this time due to disagreements over policies within the group.

Once again Mary filled the empty spot with Susaye Green in1976. The Supremes recorded their last LP with her and in 1977, the Supremes held their final performance in England. Through legal entanglements and miscommunications Mary was forced to continue The Supreme performance beyond the farewell performance. Mary left Motown in 1979 and continued her singing career and later participate in a reunion show with Diana and Cindy in 1983.

Missing You by Diana Ross

Diana Ross left The Supremes and went on to become a superstar as a soloist and actress. She released several successful singles such as "Love Hangover" in 1976 and "Upside Down" in 1980. She left Motown to join RCA and under this label she produced a very successful hit "Why Do Fools Fall In Love."

Florence Ballard was never able to overcome her problems. She made an attempt to go solo, but was unsuccessful. She died in 1976 in Detroit.

Cindy Songbird made one single in 1988 "Dancing Room" after leaving The Supremes.

Jean Terrell recorded an album for A&M Records in 1977 entitled "I Had To Fall In Love," before retiring from music for good.

Scherrie Payne and Susaye Green recorded together one LP for Motown in 1979, entitled "Partners."

In the end, The Supremes were the depiction of both struggle and triumph in the music industry. It took hard work and dedication to get to the top with Motown. But in the final years Motown took the rug from under them. Their recordings will be remembered as some of the most memorable songs in the music industry from the bygone era of Rock and Roll. The Supremes were inducted into the Rock and Roll Hall of Fame in 1988, a very fitting ending for such a wonderful group.