The Tale of Princess Kaguya

The Tale of Princess of Kaguya

Synopsis: Found inside a shining stalk of bamboo by an old bamboo cutter and his wife, a tiny girl grows rapidly into an exquisite young lady. The mysterious young princess enthralls all who encounter her - but ultimately she must confront her fate, the punishment for her crime.

Note: This review is based on the dubbed version of the movie, as I wasn't able to catch the English subtitled version.

- Great animation. The pencil sketch style filled in with watercolor schemes gives the film it's own unique look and identity that makes it a treat to watch. An artistic masterpiece in terms of it's animation.

- The film moved at a nice pace. Although the movie was almost two and a half hours long, it goes by rather quickly to where it's barely noticeable.

- The art direction by Kazuo Oga was nice, and I love how creative the film itself was in that respect.

- The story is arguably one of the deepest anime stories about life itself that I've ever seen, while using a lush fantasy setting background to tell it. Truly an artistic masterpiece.

- The story is heavily drenched in a lot of drama and sadness that might be too much for some viewers; hence it's not for the faint of heart. However, if you're willing to look past that, then you might find yourself in enthralled by this movie. 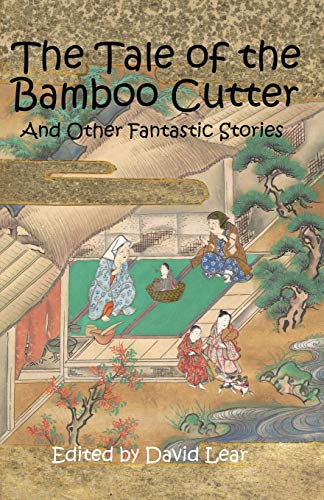 Many traditional 2-D animated films could often display beauty with it's lush detail like "Ghost in the Shell" for instance, or sometimes within it's own basic simplicity (i.e. "Secret of Kells"). It's becoming a lost art these days, and it's something few CGI animated features can't replicate. "The Tale of Princess Kaguya" features a simplistic style of animation that looks more like pencil sketches colored in with water paint.

The end result is a style that's both visually unique and beautiful. In a lot of ways, it's almost reminiscent of an old Japanese painting, as it's like watching poetry in motion. The lush detail along with the color schemes really make this story stand out from any other anime out there.

The story is based on an old Japanese folklore called "The Tale of the Bamboo Cutter", aka "Princess Kaguya." The story starts off in ancient Japan, where an elderly bamboo cutter is working out in the field. As he's working, he finds a glowing miniature girl laying inside a bamboo shoot. As he picks her up, she's small enough to fit within the palm of his hand. Baffled by what this could mean, he takes the young girl to his wife. However, as soon as he does, the girl grows into a human size baby.

From here, the couple raise the baby as if she was the child they never had. But unlike most children, this was no ordinary baby. Princess Kaguya grew up rather rapidly, and I don't mean that in a figurative way either. No, I mean she literally grows up fast. Within a short time frame of a few months (possibly even a few years), she grows into a beautiful young teenager.

Throughout that time, her father starts to worry if maybe their common lifestyle may not be befitting of a young princess. As luck would have it, the bamboo cutter and his wife manage to find their fortune, and move to the big city. From there, the couple raises the girl to be a proper young lady in society; in spite of her wishes. Being courted by various suitors, but all she really wants is to be happy living with her family and friends.

Throughout her lifetime, she enthralls everyone with her beauty and grace, but her happiness is short lived. Like the old saying goes, all good things must come to an end. Eventually, she must confront her inevitable fate.

"The Tale of Princess Kaguya" isn't for the faint of heart, as this is probably one of the saddest anime films that I've ever seen. The story is chalked full of drama and heartbreak that you can't help but feel saddened by it. Sure, there's bits of humor spread throughout the story, and you do get caught up in the film's childlike innocence, at the beginning. But towards the latter part of the film, you start to feel the intense emotional weight of the story.

What's interesting is that Isao Takahata uses "The Tale of Princess Kaguya" as something of a cautionary tale about life in general. Showing how life itself is a precious gift, and how sometimes it goes by so fast that it can be over before you know it.

Showing how sometimes the little things in life aren't always that important in the grand scheme of things, and how we often don't always make the right choices in life either. But through the good and bad times, life is still precious to all of us.

"The Tale of Princess Kaguya" plays on these concepts perfectly through it's fantasy anime setting. One moment, you'll find yourself laughing at some of Kaguya's exploits, while other times you'll feel saddened by what she had to endure in her time. It's a touching anime story that sticks with you long after you see it.

Although I doubt this film will win the Oscar this year, I will say that "The Tale of Princess Kaguya" is by far one of the best animated movies that I've ever seen. If your yearning to see an animated film chalked full of symbolism about life, then you might want to check this one out.