The Trumpet and the Trumpet Player: Bill Holland aka billybuc

Listen to the sound of the Trumpet

Listen to the sounds of a MUTED trumpet

Distinguish between the sound of the trumpet and cornet

It is almost impossible to distinguish between the sound of the trumpet and cornet. They are basically the same instrument.

The flugelhorn is another kind of trumpet with a more conical bore than the cornet and an extra (fourth) valve, consequently producing a more mellow sound than the cornet.

Distinguish between the sound of the flugelhorn, trumpet and cornet

The range of the Trumpet

The trumpet is a brass instrument. With a standard range from F♯ below Middle C to three octaves higher, it is the instrument in the brass family able to reach the highest pitch. It has three (occasionally four) piston valves. (Valves increase the length of the tubing, thus changing the pitch.)

Sound is produced when blowing air through CLOSED lips. Different pitches are attained when using the muscles in and around the lips – embouchure – and closing some and/or all of the valves. Different mouth pieces and mutes can be used to alter the tone. Several trumpet techniques are applied during the production of music, i.e. flutter tonguing (rolling the tip of the tongue), growling (humming while playing a note), double-, triple- and doodle tonguing, glissando (changing lip tension), vibrato, etc.

The trumpet-family includes bass-, alto, soprano and piccolo trumpets. Although most trumpets have piston valves, some members of the family have rotary valves or sliding tubes.

Originally (approximately since 1500 BC) the trumpet was only played by the most guarded members of a military unit assigned to transfer instructions from one unit to the other. After improvements it became a useful music instrument.

Choosing the right instrument for your child - 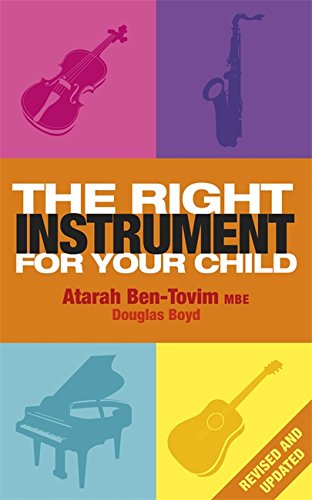 The Right Instrument for Your Child
Buy Now

The trumpet is a powerful and aggressive instrument suitable for the outgoing and energetic extrovert and also for the brave introvert. It is an ideal instrument for the dominant, brave and fearless personality, and even for the shy person who needs to prove themselves as an individual to be recognized.

Playing quietly in an orchestra (instead of loud and aggressive), is a challenge to be met by all trumpeters, therefor playing in an orchestra - being part of a group - is the ideal opportunity to develop this strong character in accordance with norm and standards.

Energy, alertness and especially courage are essential traits of the trumpeter, as they are always audible and therefor ‘soft’ targets for critical minds.

Typical trumpeters are independent, dominant, passionate and highly ambitious personalities subjected to sharply varying moods. They are constantly challenging themselves, eager to reach the highest goals. They are known as ‘individualist’ with guts and grit. Without losing their individualism they are gregarious but at the same time not uncomfortable in ungregarious situations.

A musician who plays the trumpet is called a trumpet player or trumpeter.

Looking for the musician in billybuc, I could clearly see a trumpeter. His courageous and ambitious initiation of the H.O.W Movement (Humanity-One-World) is a typical action of a trumpeter not afraid of taking the lead and challenging himself and all others to reach the highest goal. In spite of meeting with many reverses Bill had found his way to his personal summit where he is soaring today with eagles.

Billybuc was a teacher for eighteen years, he had held twenty-five other jobs over the years; he was the owner of three businesses, but he calls all of this ‘fluff’ comparing to what is truly ‘real’ in life.

In 2012 he was the winner of two HubPages awards: Most Supportive Hubber and Most Beautiful Hub.

He is the author of several published books, inter alia: “

Loving Life as Alcoholic” and “

LIVIN’ LARGE AND LOVIN’ LIFE AS AN ADOPTED CHILD”

As part of his audition for musicianship in the Hubville Symphonic Wind Orchestra, I have asked him to submit a few songs he associates with specific emotions.

And here he is, presenting his choices ~

“Then” by Brad Paisley …I still cry when I sing this song. It reminds me so much of Bev, the love of my life. The lyrics “now you’re my whole life, now you’re my whole world,” perfectly describes what Bev means to me. I did not understand what love meant until Bev walked into my life and changed it completely.

“Today” by the Jefferson Airplane. This is a song nobody has heard of I’m sure, but it has always been one of my favorites. It has a haunting quality to it, and Marty Balin sounds like he is pleading with his lover when he is singing…”I feel like pleasing you more than before.” I’m getting goosebumps right now...

“Whiskey Lullaby” by Brad Paisley and Allison Krause…It should come as no secret that I am an alcoholic. This song reminds me of so many things. I have lost many friends to the disease of alcohol. I have caused much pain because of my alcoholism. This song speaks to all of it, the pain, the death, the shame and guilt, the loneliness and sadness…all of it.

“Good Enough” by Sarah McLachlan. I’m not sure about the story behind this song, but it has always reminded me of child abuse, and that is a subject that makes me terribly angry. We have so much of this happening in the world today, and it is sad and it is maddening because there seems to be no way to stop it. As a parent and as a former teacher, I will never understand child abuse, and I find it very difficult to forgive anyone who would abuse a child.

“The Only Child” by Jackson Browne. My father was the most important influence in my life. He was taken from me when I was nineteen years old, and there is still a hole in my heart from that loss. This song has always reminded me of him, and his words of wisdom, and the guidance he always gave me. There is no sadness in those memories now; only gratitude that I was able to spend nineteen years with my dad.

“I’m Moving On” by Rascal Flatts. Six years ago I gave up alcohol after almost dying from the disease. This song speaks about that moment when I finally gave up the booze and embraced life. I’ve dealt with my ghosts and demons and now I can get on with the business of living. I originally felt sad when I heard this song because it reminded me of the guilt I felt for those years wasted drinking. Now I see it as a celebration of life, and it tells me that we all can change if we are willing to do so.

The fact that you are able to connect your emotions to specific songs is a quality in your favor and will certainly ensure your success as a musician in Hubville Symphonic Wind Orchestra. To make your audition for Trumpet player an unforgettable experience you'll have to play the most famous piece composed for trumpet by Jeremy Clark (1670-1707) namely Prince of Denmark's March, commonly called the Trumpet Voluntary.

Jeremy was an English baroque composer and organist. His suicide in 1707 at the age of thirty-seven, because of his hopeless and passionate love for a lady of a rank superior to his own, is an unforgettable tragedy. Ironically the Trumpet Voluntary is today a popular choice for wedding music.