The Very Best of Brazilian Power Metal Bands (With Videos).

The Very Best of Brazilian Power Metal Bands (With Videos).

If you enjoy Samba rhythms, Latino tunes and indigenous drum beats then perhaps this is not for you.

We bring you rock n' roll Brazilian style with some of the best bands from that country.

Here is a list of the very best Power Metal bands from Brazil, both from the past and the present.

And the future hopefully is secure too from these Latin Masters of Metal and Sorcerers of Speed.

Almah were formed in 2006. and were initially intended as a side project of Edu Falaschi, the singer with the band Angra.

But it evolved from a solo project into a proper recording and touring band. In fact in 2012 Edu Falaschi formally announced his departure from his old band Angra to focus full-time on Almah.

Among their best songs are 'Living and Drifting', 'Trace of Tait', 'Beyond Tomorrow' and 'Birds of Prey'.

Formed as a college band in 1991, their name comes from a Brazilian Goddess of Fire. It was also chosen because it sounds like the English word 'angry', an appropriate term for Heavy Metal at its best.

After some line up changes their first album 'Angels Cry' was released in 1993. It included a cover of the Kate Bush song 'Wuthering Heights'.

In concert and at festivals they have shared stages with ACDC, Black Sabbath, Kiss and Slayer. The grandeur of their sound is enhanced by progressive touches of keyboard and orchestration in a similar vein to bands like Dream Theater and Rhapsody of Fire.

The band was formed in 1999 under their original name of Uirapuru. They hail from Rio de Janeiro and play what is called Symphonic Power Metal.

They released their first EPs entitled 'Here Comes the Life' in 2000 and 'Flames of Trinity' in 2001. In 2005 their debut album Luxaeterna was released and In 2007, the band welcomed the guitarist Gustavo di Padua to their ranks.

Their second album Shambala was released later that same year. They are very popular in Japan and the album even had a bonus track "Neo" sung entirely in Japanese.

A Melodic Metal band who come from Caxias do Sul. They have had many changes in their formation since their inception in 1995.

The name of the was inspired by the times of the Spanish Inquisition, when alleged heretics were burnt at the stake.

Burning in Hell have enjoyed prestigious support slots opening shows for big names such as After Forever and Hammerfall.

Tragically the founder and guitarist, Emanuel Pieruccini, died in 1999. The band thought of splitting up but continued after receiving great support from fans, family and friends.

Best songs are 'Last of the Dragons', 'Freedom', 'Holy War in the Sky' and 'Little Indian Voice'.

A band formed in 1997 who play Progressive Rock blended with melodic power metal, A group characterised by melodies, harmonies and a collection of superb guitar riffs.

The group's debut album "The Fall of the House of Usher" appeared in 2003 after a long delay. Distributed worldwide it was a popular release and the album sold particularly well in Japan where Dyluvian had a strong following..

But eventually the group split up for different reasons. Guitarist Gustavo Aragon and bassist Dario Moran moved to the United States while singer Sergio Gaia remained in Brazil.

A band from Sao Paolo and founded in 1995. They produce a softer melodic style of Power Metal. Also long instrumental breaks reveal their technique and musical prowess.

A popular band the themes of their songs give away their particular style. Titles like 'Epiphany', 'Mary's Son', 'Holy Spirit' and 'Holy Shadow' tell you that they are a Christian Rock Band.

Other good songs are 'The War is Over'. 'Believe in Love' and 'Keep Fighting'. They have also recorded songs in their own Portuguese language.

Hibria are known for their technical skill and speed. Their debut 'Defying the Rules' was released in 2004.

The band cites traditional metal bands as influences such as Iron Maiden and Judas Priest. ON top of that classic thrash bands such as Metallica and Megadeth.

Also, they take inspiration from more progressive groups such as Dream Theater. An album entitled 'The Skull Collectors' was released on December 2008 in Japan, with a worldwide launch in February 2009.

Top titles are 'Silent Revenge', 'Tiger Punch', 'Shoot Me Down' and 'Silence Will Make You Suffer'.

Founded in Machado in 2002. A demo disc quickly followed in the same year. They combine Folk and Power Metal and have released several albums.

Musically they quote the classic bands like Led Zeppelin and Jethro Tull as inspiration. Then throw in Blind Guardian and Grave Digger for good measure to toughen things up.

With titles like 'Hobbits Song' and 'My Mind in Mordor' it's no surprise that JK Tolkien is a great influence on their lyrics. Other tunes to look up are 'When Madness Calls', 'Face Your Insanity' and 'The Bard's Alliance'.

Founded in 2003 and from Porto Allegre, they had established a strong international reputation by 2006.

In that year their first album 'In Darkness and Light' was released.

In 2010 they were joined by a new vocalist in Juan Fabio. The band later collaborated with Andi Deris of German giants Helloween and ex-Iron Maiden singer Paul Di'Anno.

Best tracks are 'Rising Sun', 'Enemy Within', 'Eminence' and 'Breaking the Chains'.

SoulSpell is a metal project created by Heleno Vale. A distinctive aspect of their music is the portrayal of characters in a metal opera.

Their first album 'A Legacy of Honor' was released in 2008 followed by the second 'The Labyrinth of Truths' in 2010.

Tierramystica are another Brazilian Folk Metal band. They come from Porto Alegre and were founded in 2008. They combine Power Metal with traditional Andean music.

The line up was bolstered by bassist Rafael Martinelli, Luciano Thumé on keyboards, drummer Eduardo Gomes and vocalist André Nascimento.

Their debut EP, named 'New Eldorado' sold a total of 100,000 copies. As an opening act, they have performed with such heavy rock lumineries such as Sepultura, Symphony X and the Scorpions.

This band started in 2004 in Rio de Janeiro and were named after their founder Renato Tribuzy who sings vocals. Their music is inspired by British bands like Judas Priest and Iron Maiden.

Renato possesses a fantastic voice which soared over the songs on their first album 'Execution' which came out in 2005.

However not much else has followed. A live album appeared in 2007 and also collaborations alongside Iron Maiden's Bruce Dickinson and Michael Kiske of Helloween.

Best songs are 'Execution', 'Beast in the Light', 'Forgotten Time' and 'Tears of the Dragon'.

A Folk Metal band inspired by Celtic culture who were created in 1995. The name comes from the Gaelic for 'People of the Goddess Danu'.

Top songs are 'Bella Natura', 'Land of Youth', 'The Dance of Little Ones' and 'Abracadabra'.

Formed in 1985 in Sao Paolo, their first album 'Soldiers of Sunrise' came out in 1987. Their music was influenced by the popular wave of British Heavy Metal, especially Iron Maiden.

Original singer Andre Matos left the band in their early years but later returned in 2012.

Following continued trends in Rock music their sound developed through the years into the Thrash genre in the 1990s and Power Metal. They had even introduced a classical sound inspired by the likes of Beethoven.

Despite line-up changes and long breaks in their career they have returned to actively record and tour. In 2005 an anniversary DVD celebrated 20 years of hard rocking.

So there you have it. A fine collection of Power Metal bands from a great rocking nation.

Play it loud and, if you can keep up, play along to those power chords and intricate solos. Or bang your drum or your head as hard as you can stand. 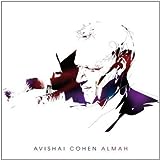