This week's countdown features female vocalists and female fronted bands of classic rock - a genre which is male-dominated. Check out this list of twenty killer female bands, and watch the video with Rock Girl Jordan from FM99!

This Brit was the first female bassist to become a rock star. Though she didn't have much success in the US, she was widely popular in the UK and Australia.

Wendy O. Williams fronted this punk, shock rock band. The group was known for having wild shows and breaking the rules. Williams was once arrested in New York for public indecency after a show.

This all-female rock band released four studio albums during its run in the late 70's. Both Lita Ford and Joan Jett were products of The Runaways, moving on to successful solo careers in the 80's.

This one-hit-wonder band hit #8 on Billboard's top LP's & Tapes list in 1981, with their self-titled album. The band was initially formed with Rindy Ross and her husband, but they added several members later on. Quarterflash was set apart not only for their female lead singer, but also the fact that she played saxaphone on their songs.

This punk rocker had her biggest hit with "Because the Night," a song co-written with Bruce Springsteen. Smith is very involved with art and poetry, and formed her own rock group in 1974. 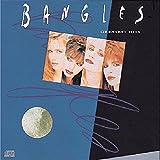 This all-female band rose to fame in the 1980s, comprised of Susanna Hoffs, Debbi Peterson, and Vicki Peterson. The group underwent several name changes before settling on Bangles in 1983. The group peaked in the mid 80's and broke up in 1996.

Melanie performed at Woodstock, and had several hits, with "Brand New Key" and "Ruby Tuesday." Melanie has released a whopping 35 albums from 1968 to 2010. 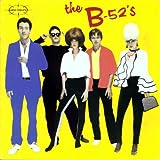 This new-wave band featured Kate Pierson and Cindy Wilson, as well as two male members. The ladies stole the show, with their quirky singing styles and outrageous hair. Unfortunately, the band lost a member to AIDS complications - but they pulled together and still achieved mainstream success throughout the 80's.

Bonnie Rait dabbled in several genres, including folk-rock, blues, and country. She achieved fame in the 1970s and resurfaced in the 90's after the release of her album Nick of Time. Rolling Stone has her listed as one of the best singers and guitarists of all time.

This group formed in England in 1978, with its lead singer and songwriter being Chrissie Hynde. Their cover of The Kinks "Stop Your Sobbing" gained much attention in 1979, but by 1983, there were only two living members of the band left. Chrissie is still making music, expecting a new album out in 2014.

Like Joan Jett, Lita Ford started off in the Runaways and moved on to a solo career, though not as successful as her bandmate's. Her solo work had more of a pop-metal sound, with her most successful song being a collaboration with Ozzy Osbourne.

This Canadian lady started off singing in nightclubs and busking for a living. Eventually she gained attention and was signed, releasing her first album in 1968. Her folk-rock style defined an era, gaining lots of success with songs like "Big Yellow Taxi" and "Woodstock."

Another famous psychadelic rock group, these guys played at Woodstock and headlined the first Isle of Wight Festival in 1968. They've had several successful spinoffs, Jefferson Starship and Starship, but it was Grace Slick that first shot them to commercial fame.

Annie Lennox formed this band with David A. Stewart, and hit worldwide charts with "Sweet Dreams" in 1983. Lennox went solo in 1992, and has remained strong as a political and social activist. She was named the "Greatest White Soul Singer Alive" by VH1.

Deborah Harry helped to pioneer the early punk and new wave scenes of the 1970s with Blondie. The band was underground in the US until the release of several singles, including "Call Me" and "Heart of Glass." The band is due for a new album in 2014, called Ghosts of Download.

Jett became a founding member of The Runaways when she was only 17 years old, and eventually broke off to form her own band, Joan Jett and the Blackhearts. Jett rocked her way through the 1980s, producing hits like "Bad Reputation" and "I Love Rock and Roll," and has been a feminist icon throughout her music career.

This band had two female vocalists, Stevie Nicks and Christie McVie. Their 1977 album Rumors contained four US top 10 hits, and it is the fourth highest selling album of all time. The band experienced much turmoil as their relationships with bandmates ended. The band has experienced a breakup and a few lineup changes, but still tours today.

Talk about psychadelic. Joplin was involved in the acid/psychadelic rock movement of the 1960s - and it was this lifestyle that eventually killed her. She was found in her hotel room after a heroin overdose, sixteen days after the death of Jimi Hendrix. Joplin's legacy paved the way for female singers to come, influencing singers like Stevie Nicks of Fleetwood Mac.

This band has had several lineup changes, with Ann and Nancy Wilson remaining the center of the group. These ladies have sold over 35 million records worldwide, they were inducted into the Rock and Roll Hall of Fame in 2013. Heart has had many hits, ranging from "Barracuda" to "These Dreams." Ann and Nancy can both rock the microphone, and the talented sisters play 10 instruments between the two them.

This lady has been rocking the stage since 1972, when she sang a solo in her senior choir. She went on to win four consecutive Grammy awards for Best Female Rock Performance in the 1980s. She has released multiple multi-platinum, platinum, and gold albums and has had 14 top-40 singles, meriting her high ranking on this week's countdown.