This 80's British band explored the depressing effects of having crippling shyness. It talks about people who long for love but don't know how to get it. "There's a club / If you'd like to go / You could meet somebody / Who really loves you. / So you go and you stand on your own / And you leave on your own / And you go home/And you cry and you want to die."

Jagger says he was "very inside this piece emotionally." This breakup song was apparently not about Jagger's relationship with Marianne Faithfull, but it did express the longing musicians typically have to be home - rather than a million miles away from the ones they love.

During the recording of his fourth album, Jackson Browne's wife, Phyllis Major, died of an apparent suicide by overdose. Browne wrote the song with his wife's mother. 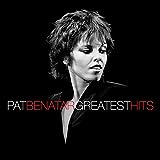 17. Hell Is For Children - Pat Benatar

This song was about child abuse, and was written for Benatar's album Crimes of Passion. Benatar had read articles of child abuse and was stunned because she didn't even know it existed. She succeeded in writing an emotional and powerful song.

This song was Elton John's tribute to the late John Lennon. The two were good friends - they collaborated on several songs, and Elton was even made godfather to Sean Lennon. Elton rarely plays the songs live, as it is a painful reminder of his good friend's death.

Another tribute song, this was written for Robert Plant's son who died of a stomach virus while the band was touring. He was only five years old. 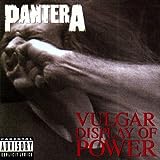 Influenced by suicide and death, this song is about a lover who has passed. The narrator contemplates suicide to join her. "And when she died / I should've cried and spared myself some pain / You left me incomplete / All alone as the memories still remain."

A song with so much emotion, this tune was first recorded by the Everly Brothers. Dan McCafferty sings with such heartbreaking realness that you can't help but feel a little down.

This song was written by Axl Rose, and has made it onto many top rock song lists. The orchestral background really adds depth and feeling to the song. The video for the song features Rose getting married to his then-girlfriend, and is then cut to her funeral in the same church.

A heartbreaking line from this song - "Standing alone at the top of the stairs, she breaks down and cries to her husband, 'Daddy, our baby's gone.'" This song is about the time in a parent's life when their child no longer needs them.

Stevie Nicks wrote this song about the changes in her life, as bittersweet as they were. Her dad was the inspiration, suggesting that maybe she continue school if singing didn't work out in six months.

This song was written by Leonard Cohen, who struggled while writing it. He wrote as many as 80 verses before settling on several. Buckley's version of the song comes across with sorrow in his soft voice.

Another song about loneliness, this song depicts the loss of the one true love. This wasn't originally Cheap Trick's song, so they were hesitant to record it - but when they did, it shot them to #1. 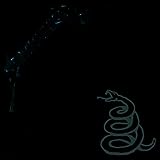 I leave you with this quote from James Hetfield: "That song was a big step for us. It was pretty much our first ballad, so we knew it would freak people out... Recording that song, I learned how frustrating acoustic guitar can be. You could hear every squeak, so I had to be careful. I wrote the song at a friend's house in New Jersey. I was pretty depressed at the time because our gear had just been stolen, and we had been thrown out of our manager's house for breaking shit and drinking his liquor cabinet dry. It's a suicide song, and we got a lot of flak for it, as if kids were killing themselves because of the song. But we also got hundreds of letters from kids telling us how they related to the song and that it made them feel better."

A song that always brings tears to my eyes, it asks for a lover to forgive the past and agree to begin again with a clean slate. This song was huge, and held the #2 spot on the Billboard charts for 6 weeks in 1982.

One of the saddest songs about loneliness there is, this song follows two lonely people. Nobody comes to hear the sermons of Father Mackenzie, and nobody arrives at Eleanor Rigby's funeral.

This tune was originally by the Nine Inch Nails, but Cash covered it as one of his last hits before his death. It alludes to self-harm, heroin addiction, and suicide. Cash's rendition will break your heart - there is so much emotion and pain in his voice. Sniff.

Paul McCartney, in my personal opinion, has the most soul in his voice of any white boy singer. Everything he sings has incredible amounts of emotion, and this song is no excecption. The tune came to him in a dream, and the lyrics followed afterwards - creating a picture of a love lost.

This song was formed from the bottom of Clapton's heart - after his four-year-old son tragically fell to his death from a 53rd floor apartment window. Clapton no longer plays the song.