The Vinyl Countdown: Songs That Tell a Story

Unlike the movie of the same name that details a group of kids trying to get into a sold out KISS show, this song is about a young fan who was killed in a car crash on the way to see the band perform.

At #1 on the charts for 6 weeks in 1982, this song is about a guy who finds out his homeroom crush is the centerfold in a nudie magazine. 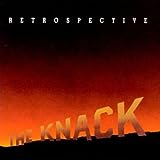 This song, originally recorded by The Exciters in 1963, tells about a girl who sees a man and takes him for her own. Manfred Mann decided to record a guy-version after the success of The Beatles with converting the songs of female groups.

This song became a huge hit with Dodge's 1964 ad campaign - featuring a little old lady driving a Dodge wildly down the street.

This 1976 song is about two bandits and the cops chasing after them. It reached its peak at #11 on the Billboard Hot 100.

This song tells both sides of the story - the Cree Indians being oppressed, and the Anglo-Saxons invading the new world. 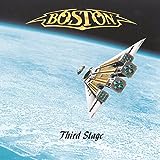 This song isn't about the band, as one may assume. Boston had a well-produced first album that was a mega hit, before even setting foot on the road.

Chapin's wife wrote this as a poem, and he introduced it on stage as his wife's way of zapping him for missing the birth of their son. Actually, she had written it about a previous marriage - but regardless, it makes for a meaningful song.

Love can be found in the most odd places. In this song, it's under an umbrella. Graham Gouldman wrote this song on a bus in Manchester, England.

This song was written by TJ Arnall. It chronicles a man's activities after drinking whiskey and doing cocaine. He murders a woman and gets sentenced to prison at San Quentin.

In an interview, Mick Jones said this: "That stemmed from an experience that we had, I think it was in Cincinnati. We'd gone to the arena for a sound check, and it was pouring down rain, and there were a bunch of fans waiting at the door when we went in. When we came back for the show later on, all that was left was one lonely fan, a young guy waiting out there in the rain, soaked to the skin. I thought, well, he's waiting like five hours here, maybe we'll take him in and give him a glimpse of what happens backstage at a show. And this kid was just mesmerized with everything. I saw this look in his eyes, and I thought, he's seeing this for the first time, he's having this experience. And I just imagined what was going through his mind." 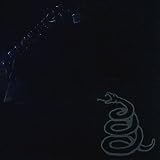 This song was a completely different style for Metallica. They played it as an inverse ballad - with a heavy verse and a soft chorus. Ex-band member Dave Mustaine calls it his favorite Metallica song, saying it was the first time he'd really heard James Hetfield sing.

Talk about karma. This song is about a man who finds out his lady is cheating on him. Not too soon afterwards, her side-action has moved onto another easy girl.

Crüe's first top 40 hit in the US is a cover of Brownsville Station. The song depicts a bunch of boys skipping out on class to smoke cigarettes in the bathroom.

This fantastic song is about people who peaked too early in life - the popular kids who ended up going nowhere. The music, not surprisingly, was inspired by the Abbey Road medley of The Beatles.

4. Paradise By the Dashboard Light - Meatloaf

In this song, a guy tries convincing a girl to have sex with him in a car. She holds out until he says that he loves her, and she makes him promise to spend the rest of his life with her. He obliges, even though he can't stand her at all.

3. Another One Bites the Dust - Queen

This song sold over 7 million copies, and won an American Music Award for Favorite Rock Single. John Deacon wrote it after spending some time with disco band Chic in the studio.

2. Band On the Run - Paul McCartney and Wings

Written in a response to drug laws that criminalized him and his friends, Paul McCartney said, "We're not criminals. We just would rather do this than hit the booze - which had been a traditional way to do it. We felt that this was a better move."

The day the music died - February 3, 1959 - is the day when Buddy Holly, Ritchie Valens, and the Big Bopper died in a plane crash. McLean was a paperboy at the time, and learned of the crash after seeing the headlines while delivering a stack of papers.