The Women of Smallville

Smallville returns for a final season

It was recently reported by the CW network that their hit series “Smallville” will return for a tenth and final season. The cast of this remarkably durable show has changed over the years, but two things have remained constant: 1) Clark still can’t fly, and 2) the ladies in the cast have always been strong and beautiful. Lois, Lana, Kara, Tess, and Chloe have graced the small screen for the last decade, and even Mrs. Kent is extremely attractive. What these comic characters might lack in sophistication, they more than make up for in charm.

Smallville began as a show about high school students and appropriately did not draw attention to the allure of its youthful cast in their earliest episodes. That changed for good with the debut of Erica Durance as Lois Lane. Following that moment, the ladies of Smallville and later Metropolis were forevermore portrayed as adults, leaving high school proms and teen angst behind. Not just ordinary adults, but powerful, larger-than-life characters—some of them possessed super powers and all of them played a role in Clark’s transformation into the hero he would become.

Here, then, are twelve of the women of Smallville.

More of Superman and Smallville from Amazon.com 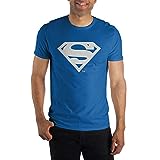 A look at the women of Smallville

The women of Smallville

Kristin Kreuk (Lana Lang). Kreuk played Lana in the first seven seasons of Smallville. Originally cast as a naïve girl-next-door and an early romantic interest for Clark, Lana’s character transformed as a result of both Clark’s and Lex’s covert activities. She wed Lex in a marriage doomed for failure and eventually returned to Clark, but their relationship couldn’t be sustained. Lana ultimately understood the best way for Clark to realize his destiny was for her to leave Smallville.

Allison Mack (Chloe Sullivan). Mack is the only member of the cast besides Tom Welling to appear as a regular in each season. Chloe was Clark’s best friend and one of the first to notice meteor rocks had transformed some of Smallville’s townsfolk, and she investigated and documented each strange occurrence. Chloe was extremely independent and intelligent, seeking the truth in a manner that would eventually characterize Lois Lane. Chloe Sullivan was an original character created for the series, encompassing many traits possessed by both Lois and Lana in DC comics.

Erica Durance (Lois Lane). Sex appeal kicked into high gear with the fourth season of Smallville and the introduction of Erica Durance as Lois Lane. Lane was not a girl-next-door or geeky brain like Lana and Chloe—Lois was tough, street-wise and held a black belt in karate. Romantically linked first to the Green Arrow and then Clark, she was always most interested in the mysterious “blur.”

Lynda Carter (Moira Sullivan). The beautiful Lynda Carter played Chloe Sullivan’s mother in season six. Moira had the power of mind control and could use it to influence the actions of others from considerable distances. She was voluntarily committed to a sanitarium but eventually fell under the influence of Lex Luthor. Moira eventually lapsed into a catatonic state where she remained. Lynda Carter is best known for her role in the television series Wonder Woman.

Laura Vandervoort (Kara Zor-El). Vandervoort appeared in season seven as Clark’s cousin from Krypton, Kara. She was sent to Earth to look after baby Kal-El, but her spaceship was trapped in stasis and she arrived years later. Kara tried but failed to adjust to life on Earth, and became entrapped in Luthor’s nefarious schemes. By the end of the season, Kara was transported to the Phantom Zone. She eventually escaped and set out to search for Kandor.

Helen Slater (Lara-El). Slater played Clark’s biological mother in a season seven episode. Lara appeared through a portal leading her through time and space from Krypton to Earth. She wished to see where Clark would live upon his arrival. Helen Slater originally played Supergirl in a 1984 feature film, and her scenes with Laura Vandervoort were viewed as a symbolic passing of the Supergirl mantle.

Alaina Huffman (Dinah Lance/Black Canary). Featured in a season seven episode, Black Canary was hired by Luthor to combat Green Arrow, but she was eventually convinced by Clark and Oliver that Luthor was the real villain. An exceptional athlete, Black Canary possessed an ultrasonic scream that immobilized her foes. After realizing Green Arrow was not evil, she joined with him and other members of the Justice League to combat evil.

Cassidy Freeman (Tess Mercer). Freeman joined the cast in season eight as the heir apparent to the missing Lex Luthor. She combined Luthor’s intellect and cunning with a sophisticated bad girl image. It took awhile for Freeman to make Tess more than a female version of Lex, but eventually she made the role uniquely her own—she is morally ambiguous and at times seems more an anti-heroine than a true villainess.

Serinda Swan (Zatanna). The beautiful Serinda Swan appeared as Zatanna the Mistress of Magic in two episodes in season eight and nine, respectively. A powerful magician who cast spells by reciting words backwards, she granted Chloe a wish to switch places with her mundane-by-comparison cousin Lois. Zatanna later returned and found herself in an adventure with a young boy turned into a super-being through a spell placed on a comic by her father.

Alexz Johnson (Imra Ardeen/Saturn Girl). Making her debut in season eight, Saturn Girl, Lightning Lad and Cosmic Boy arrived from the future to save Clark from the Persuader. They revealed that they were members of a Legion of Super-Heroes, where they revered Clark as the greatest hero of all. Saturn Girl helped Clark defeat Brainiac with her telepathic abilities and brought his remains to the future to be reprogrammed. The trio also presented Clark with a ring that would enable him to traverse time.

Britt Irvin (Stargirl). Irvin appeared as Stargirl in the season nine episode featuring the Justice Society, “Absolute Justice.” Stargirl was a natural athlete and gymnast, but her inclusion in the JSA came from her wielding Starman’s cosmic rod. Stargirl revealed to Chloe that what made the JSA special was the sense of togetherness and family they fostered. Mentored by Hawkman and the Star Spangled Kid, Stargirl hoped to team with Hawkman to usher in a new era of superheroes.

Teri Hatcher (Ella Lane). Before "Desperate Housewives," Teri Hatcher played Lois Lane in "Lois and Clark: The New Adventures of Superman." Teri Hatcher recently appeared in the tenth season of Smallville as Ella Lane--Lois' mother. She is seen only on a VHS tape left for Lois following her death from cancer. Ella offered Lois a glimpse of her life as it was about to end, and extended hope for her daughter's future. The scene was sentimental and well-played by Ms. Hatcher, It was a nice touch to add her to the list of actors and actresses from earlier television and movie incarnations of Superman, and the show definitely benefited from her presence.

Elena Satine (Mera). The beautiful Elena Satine appeared in the tenth season as Aquaman's wife, Mera. In this episode, the future King and Queen of the seas were in conflict with the U.S. government because of their pursuit of costumed vigilantes. Aquaman and Mera set out to destroy government-created "holding areas" for super-beings. Green Arrow, Aquaman and Clark were all detained at this facility before Mera aided in their escape. Mera also offered Lois some encouragement in dealing with her relationship with Clark. Elena Satine was also selected to play Mary Jane Watson in the upcoming Spider-Man film.

Anything is possible in Smallville

Supergirl. Saturn Girl. Zatanna. Black Canary. Lois Lane. Lana Lang. Most of the significant women from the Superman comics have been featured in Smallville, with the notable exception of Wonder Woman and Batgirl. It would be interesting to see the Amazonian Princess introduced in an episode of Smallville as a super-powered woman who could relate to Clark as an equal; their interaction could add considerable depth to Clark’s self-image as an alien. As for Batgirl, it was once suggested that Chloe Sullivan might someday be revealed as Commissioner Gordon’s daughter, but that seems both unlikely and problematic.

While some of these ladies only appeared in Smallville for an episode or two, everyone (except perhaps Chloe’s mother) played a significant role in Clark’s life. With one season of Smallville remaining, it would be nice to see some of these lovely women one last time. The legend of Superman based upon DC comics tells us Lois will always be in Clark’s life. Beyond that, anything is possible—especially in a place like Smallville.

Smallville can be seen on the WB Network. Episodes can also be seen for free online. For more information about the upcoming season, you may refer to the Smallville Magazine available online and in bookstores everywhere.

Read more articles by this author about comics and comics characters