Jyoti Amge is so tiny that I had to take a second look at the TV just to make sure that I was watching a program about a 15 year old girl. It appears that Jyoti was born by Cesarean section when her mother was 10 months pregnant. The parents and medical team had assumed that the baby was not alive but they were in for a shock.

Weighing a mere three pounds Jyoti may have been small but she was perfectly formed and healthy, or so it seemed. Initially Jyoti gained weight and grew but only a little. This meant that as the years rolled by Jyoti stayed the same size.

Jyoti's Mum showed the family photograph albums which held photographs of Jyoti aged 2, then 3, 4, then 5 and so on. Jyoti looked a little different in the photos as she matured but her size, both height and width, did not change much at all. Now at 16 years old, Indian years that is, she is about 23 inches tall and weighs just 12 pounds.

Yes you read that right. It is hard to comprehend I know.

JUST WHY IS JYOTI SO SMALL?

Jyoti has never been officially diagnosed with any particular condition which may explain her lack of growth. It would seem that she is not a primordial dwarf but rather that she probably has an endocrine problem, possibly it is her pituitary gland that does not produce enough of its valuable growth hormone.

Jyoti was taken to a specialist doctor recently in the hope of solving some of her health issues. She is easily injured and for a while she has been struggling with walking even a short distance, due to leg fractures in both her legs.These occurred when she slipped on ice whilst visiting another town.

Her special friends at school try to ensure that Jyoti does not suffer any more harm. The girls carry Jyoti in their arms in order to protect her and also because she cannot walk far these days. The playground at break time could be dangerous for Jyoti as boys and girls run around and bounce balls. Jyoti's school friends make sure that she is not harmed and sometimes she has to stay indoors to protect herself.

Jyoti's parents took her to see the specialist doctor in the hope of her receiving treatment that would mend her bones, possibly discover just what has caused her growth problems and just maybe secure treatment for Jyoti which may help her grow. In India medical treatment is expensive but the overriding decision about her treatment has been the family not wanting Jyoti to suffer unnecessarily.

At the hospital Jyoti's parents agonized over whether to let the doctor take X Rays of Jyoti. With Jyoti being so small her parents worried about the damaging effects of radiation. In the end it was decided to take the minimum amount of X Rays and Jyoti's mum stayed close by, at her side, throughout the tests. Her Mum had to wear a heavy protective jacket but was determined to stay with her daughter.

The doctor also attempted to take blood from Jyoti so that he could check her hormone levels. However the amount that he needed in order to accurately test was too much for such a tiny person. Jyoti had never had such a procedure done before and cried in pain all of the time. It was upsetting to see and one can only imagine how painful it must have been for such a tiny arm. Jyoti's arm was painful even days later.

In the end the hospital investigations only went so far. The orthopaedic surgeon could not guarantee Jyoti's parents that she would come through any surgical procedure alive and well. After all no doctor can do that for any of us but, I suppose, especially in one so fragile. Jyoti's parents decided to take her home and to visit one of the town's natural healers instead.

He supplied them with a paste to apply to Jyoti's legs and showed the parents how to bandage them in order to aid recovery. However as the orthopaedic surgeon stated this type of bandaging will help bones heal and realign but not permanently so and not in Jyoti's case. However the alternative healer assured Jyoti's parents that her legs would be cured in a matter of weeks and I guess you never know.

After all Jyoti is a little miracle in so many other ways,

Looking around the Internet it would seem that Jyoti Amge's story is already somewhat known.

However, for me it was totally unknown when I came across her on Channel 4’s Bodyshock on U.K. TV.

I was very impressed by this teenager and her story and so, for those who as yet have not heard anything about Jyoti, here is a little of her story.

I was not sure where to categorize this hub and decided on Television, eventually, as that is how I discovered Jyoti.

However, as you will see Jyoti is an inspiring character and her story is one of those that makes you feel ashamed when you complain about silly day to day problems.

Thursday June 11, 2009, had the usual dross being aired on English television. Despite the fact that we have extra Freeview channels the programming consists mainly of soaps, quiz shows, reality TV and repeats. Bodyshock is a type of reality show, as it is about ordinary, everyday people in many ways.

However these people often have extraordinary hurdles to face in life.

At home on my own I noticed there was a Bodyshock program scheduled for 9pm on Channel 4 and I thought it looked interesting.

Bodyshock and Extraordinary People have brought some interesting, sad and thought provoking stories to light. Conjoined twins, disfigurements and more.

I am not sure why I find these programs so interesting but hope it is not out of a misplaced fascination with the obscure or people's suffering. I think that because I work in a hospital I have seen many things in my life but never cease to be amazed at new and strange stories, and I do find strength and hope in people overcoming extreme challenges.

My husband is not a fan of these type of programs. I however find them fascinating and so sat down to see what was on offer tonight, in peace and on my own.

The program was called something like "Tiny Teen" and was due to last an hour. As it was on commercial television of course there were breaks for the adverts.

Was this program any good, I hear you ask?

Well for me it was riveting. Jyoti is an inspiration in so many ways.

Her school bag is nearly as big as her and she struggles to lift it, but she keeps on trying. She loves all the girly things that other teenage girls do. Music, make-up and jewellery mean a lot to Jyoti. When she is confined to her home she loves to watch her passion on television, Bollywood films, and Jyoti dreams of one day becoming an actress.

Travelling around Nagpur, in India, where Jyoti was born and lives, Jyoti accepts the curious stares and attention with good grace and a good heart. At one time such attention frightened Jyoti and one can easily see why. With such a small and delicate frame much taller people could be a threat in so many ways. However Jyoti has learned to cope with her life. She sits at the front of her brother's moped, almost on the handlebars, as he helps her travel about Nagpur. Curious glances are still many, although most locals have seen Jyoti many times now. Some even think of Jyoti as a goddess.

Jyoti takes it all in her stride.

She has a squeaky little voice, a warm personality, good humour, a pretty smiling face and a sterling spirit. With her legs being so painful from the broken bones she still climbs the purpose made steps each night to go to bed and tries to be as independent as possible.

Such is Jyoti's popularity and fame these days that her birthday party was huge, colourful and seemed to be enjoyed by all, especially Jyoti. This tiny girl is an inspiration to us all. What she has to contend with on a daily basis we can never imagine. Who knows what the future may hold for her? At times she gets frightened and upset, and worries about when her parents are longer on this earth. However she is such an adorable and warm person that she will have many who will help her, hopefully.

Jyoti has already made one small step toward her dreams of becoming an actress and star, as she has appeared in a video for an Indian singing sensation, the bhangra / rap singer Mika Singh.

Let's hope it is the start of a bright future and success for Jyoti. We all know that it is true that good things often come in small parcels.

In Jyoti's case the parcel is very small but she is more than good she is a marvel. 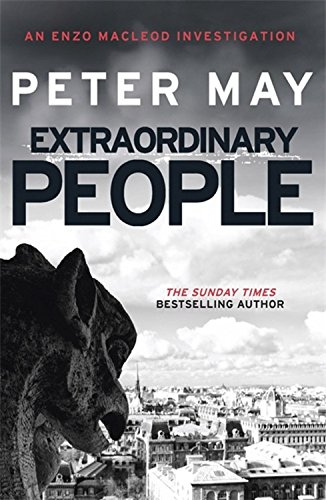