The 13 best Twilight Zone Episodes ( The Old Black and Whites) With a TZ QUIZ! Read over 3,000 times!

Where is Everybody
Buy Now

Remember this show and all of the 4th of July Marathons? Who could forget? The suspense, story composition, and of course the excellent acting, made this an unfogettable classic!

I am not going to say too much about each episode so the ending isn't spoiled. All of these can now be purchased in one big box set, or by the season. This show was a gem in the mud known as T.V. Land!

Those I left out- I will catch some flack for not including "To Serve Man" ( seriously, way too many people call this the best episode of them all. They gave away the ending far too soon, and the Kanamits had to duck when entering the rooms in a ship they built. This was far from the best!). "The Talking Doll". Talky Tina was cool, but I just didn't see this as being among the best 12. I almost included "The Fear", "The Masks",The Midnight Sun (A twisted story that tossed the world around. But what part of the Twilight Zone would the world land in?) and After Hours- (A young lady who was shopping in a department store noticed that something was out of place. Was it the store or her?) It was hard to leave those out! The Dummy- Cliff Robertson stars in this mind bender.Sometimes even comedians take their work too serious. Will work take this one too serious in return?

Watch number one here for free! 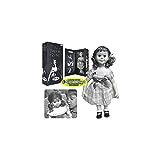 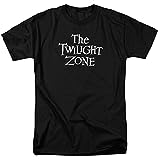 13. Mr. Garrity and the Graves- Some gifts are a curse. Some gifts are a hoax. But in this twisted tale, can you figure out who the curse and who the hoax is on? The answer lies in the Twilight Zone!

12. Long Distance Call- Sometimes love gives and sometimes it tries to take. Keep that in mind before you answer the phone, for the one on the other end may be calling, from the Twilight Zone!

11. A Stop at Willoughby- Some times the rat race causes some to stop the world and try to get off. If you stop at Willougby, you may get there, through The Twilight Zone.

10. Eye of the beholder- We know how we see others, but how do others see us?

9. A Penny for Your Thoughts- Some thoughts are better not thought. Dick York goes from being Bewitched to being blessed, or cursed as it may be.

8. 5 Characters in search of an exit- This was intense and a great example of the human spirit, even from those who most wouldn't consider humans.

7. Mr Bevis- Did you ever wonder why some of the most successful people, are the poorest? Find out why Mr. Bevis is!

6. The Little People- Are giants always the bigger person? No, not always...especially in the Twighlight Zone!

5. Terror at 20,000 ft.- What is worse than being in a plane crash? How about being the only one who knows or believes its coming?

4. Monsters are due on Maple Street- If you ever wanted to know how to spot a monster, you will soon find out, in the Twilight Zone.

3. The Obsolete Man- An outstanding study of the human condition, and one Superhuman condition...the one that makes some of us believers. Warning...this one was intense, disturbing, and leaves you thinking.

2. The Invaders- Agnes Moorehead stars in a strange tale with a surprise ending. Well, this is the Twilight Zone!

1. Will the real Martian please stand up- In an effort to find an invading alien, two state troopers question tourists in a small diner. Is it the snob going to Boston, the actress, the old crackpot, the bus driver? Who is the visitor from the Twilight Zone that we should fear the most?

A tough TZ quiz. Warning: Some of these questions spoil an episode's ending.