Even though they are evil....they are still fun to watch!

Since this list has gone viral and I never saw that coming, I wanted to make a disclaimer. I, in no way, am endorsing or promoting any religion mentioned here in this blog. It is strictly about movies!

Though not the most popular sub genre of horror films, movies about those who practice witchcraft, especially the evil ones, do have a large fan base and following. The witch genre also dates far back into the early days of Hollywood history. Using a great cast, writing and directing, many of these on this list have become classics in every sense of the word!

This is a list of the best movies that are either about witches, or those cinema classics where they play a big role in the story line. I can only hope that this list casts as powerful a spell as some of the characters below have cast! Here they are. Enjoy!

13. The Witches-1990 , I felt that because the story moved slowly and was a bit strange, and that cast could have been better, that this one was quite flawed and small scale. But it has a following and made this list.

Set in a beautiful village, this story is, well you will see!

An evil plot, a great movie

Some are even fun and funny!

12. Hocus Pocus , This had a good cast and was a spoof, in many ways. It was popular and many other writers would have it ranked higher. I just see the next 11 as being better.

11. Oz the Great and Powerful (2013) - Though it was a bit campy, it had a huge film to set up that it explain the basis of! Besides, the final showdown between two of the witches, and the interaction of all three, was awesome. That is why it almost appears in the top ten.

10. Bell, book, and candle (1958)- Jimmy Stewart did a witch movie! It was actually very good, especially considering the era it came out in.

Where one of the worst witches meets her match!

The Chronicles of Narnia
Buy Now 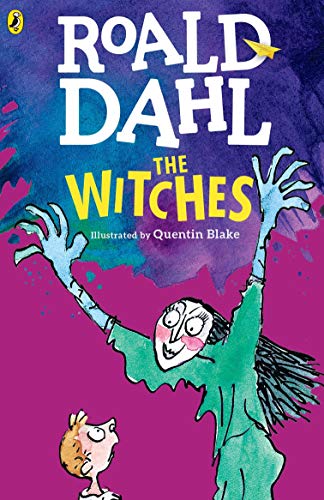 A list of evil wenches bent on destruction! Who doesn't love that?

9. The Lion, The Witch, and The Wardrobe- This one was hard to rank. Jadis was a powerful witch, and was well played. She was not the focal but though. Though I like Caspian better, this was very good over all and Jadis played a bigger role in this book and movie.

8. Inferno- 1990 -A young man and his sister stumble upon an evil force that is traced back to several murders. They of course did not know what to do. I mean, what does one do when they fall into a coven?

7. Black Sunday-1960, An undead witch and her evil assistant return from the grave. Of course they have a plot to see through in this Italian Classic.

6. Witches of Eastwick- Of course movie goers flocked to see this one. It had a huge cast and was fun. They seek power but at what cost? Well, putting up with Jack Nicholson, of course.

Romance sometimes comes after the spell!

5.Practical Magic- 1998 Two sisters who have always known that there was something different about them both, are now finding out what that is. After being orphaned, they were raised by their aunts, raised to practice magic that is!

4. I Married a Witch- 1942 Who didn't love Veronica Lake? She was a beautiful, clever, actress who was perfect for this role!This had a neat story line and is a favorite in October. Susan Hayward, and Rene' Clair were excellent as well!

3. The Craft- 1996 With a great cast, and a great story about a good plan gone bad...who couldn't love The Craft? The reviewers, that's who. But who cares what about what they think? Obviously, not me.

2. Susperia- 1997 A talented young lady trying to join a ballet academy, sees that she has stumbled onto something. She never suspected that it was something as terrible as this... a coven! This had intense moments and was for the real witch fans of this world! In fact, many of you will think it should have been number one.

Speaking of number one, can you guess what snatched the top spot?

Here is the best!

1. The Wizard of Oz- I will start by apologizing to all of you hard core witch movie fans. You probably won't accept, but I couldn't ignore this masterpiece! This was extremely well done, and Margaret Hamilton was perfect! Her interactions with the rest of the cast and her mannerisms as a wicked witch, were unforgettable .