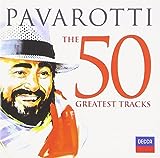 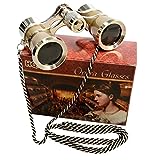 The amazing art known as Opera!

Thank you for reading this list! I have some exciting news! I am writing a separate blog/hub on each of these singers and some not on this list. Please be on the lookout for all of them.

It has been amazing to watch this explode to over 50,000 reads! Thank you for getting this article there!

Many people have commented about who Pavarotti thought was the best ever. I have heard everything from Bjorling, to Callas, to Carusso, to Lanza, to Domingo. Pavarotti never named 10 different people as the best ever! So, if you are going to state such a claim, please add a link proving that he said that! It makes your comment more valuable.

Note- Please enjoy and remember that music is meant to enrich and bring comfort, not anger.

The one and only

12. Andrea Bocelli- Out side of the tenors, he is an Italian favorite and legend.Some have chosen to say that Andrea is a pop singer and not opera. Those who say that, do not know who was his mentor and that Andrea sang at his funeral. Do you know who was Andrea's mentor? Plus I have been listening to Andre for more than a decade, and own many Opera albums

12. Denyce Graves- She sings a little lower than most female singers, but hits her notes with such power. she makes you listen to the words as she sings.

11. Dmitry Hvorostovsky- As the only Russian on the list, Dmitry is not as well known as some of the others. His voice is so powerful and commanding that he does become better known as time passes. I always enjoy his performances. Please read more about him! http://mikesyrsutton.hubpages.com/hub/Opera-Greats-1

10. Beniamino Gigli- I knew one of his relatives who had a signed copy of one his albums.

9.Angela Gheorghiu -Though not as well known as some on this list, Angela has a gentle pitch and a captivating voice.

8. Maria Callas-A favorite in many musicals and operas. She never seemed to get the praise she deserved. Please click to learn more. http://mikesyrsutton.hubpages.com/hub/Opera-Greats-3-Maria-Callas

7. Rene Flemming-Listen to her version of Le Nozze de Figaro and Ave Maria. She could go as high as Charlotte Church and sound as beautiful, but has such strength in her voice and fluctuates it perfectly. 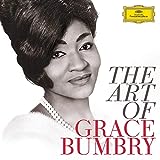 6.Anthony Kearns- The Irish Tenor on my list. I saw him live and met him. He is an amazing live performer. If he preforms in a town near you, go see what I am talking about! His versions of Danny Boy, and Funiculi Funicula is about the best I have ever heard. He is only 38 and is taking the U.S. by storm. I also want to give a special thanks to all of the Anthony Kearns fans that came here from his website, and the administrator for posting it! http://mikesyrsutton.hubpages.com/hub/CelebritiesIHaveMetAnthonyKearnsAnIrishTenor

5. Grace Bumbry- A real living legend. Though not as famous as the next 4, she had an unmistakable voice. She could bounce from note to note with such smoothness. Her falsetto ability was amazing in her prime. She made many musicals the classics they were.

4.Mario Lanza- What can I say about one that will NEVER be forgotten. His powerful yet smooth voice could master any opera song. He also has a museum in his name. http://www.mario-lanza-institute.org/ You will find that Balls, Dinners, and Masses, are still said in his name. Mario Lanza's Museum Here is his bio. http://mikesyrsutton.hubpages.com/hub/Opera-Greats-2-Mario-Lanza

3. Jussi Björling- He is no longer a household name, but you have to hear his version of O Solo Mio, and Oh Holy Night. Here is his Bio and fun facts. http://mikesyrsutton.hubpages.com/hub/Jussi-Jorling-The-Swedish-Tenor

2. Enrico Caruso- Many would have him higher, but I feel that Opera has changed since his era. One man was responsible for Opera's Evolution after the 90's. Caruso was awesome though. http://mikesyrsutton.hubpages.com/hub/Enrico-Carusso

Since you have not seen him anywhere on this list, you already know who number 1 is. 2-12 took some thinking, but number one did not. Who could argue? What a blessing to have him alive in our time!

1. The one and only.....Enrico Palotso! I love his version of the Star Spangled Banner! LOL. Naked Guns Fans are laughing, while the rest of you think I am nuts! Honestly, here is number one.

Luciano Pavarotti- There is one singer that everyone thinks of when they hear the word Opera. There will only ever be one Pavarotti. He is the Beatles, Elvis, and Michael Jackson of Opera. Many rock and pop legends wanted to sing duets with this man. Opera begins and ends here, with the man who took it to new levels, while making Opera mainstream music around the world, and bringing it to the Mtv generation! Opera will never more be just for older, white, upper class Americans, thanks to the man who brought it into the pop generation!http://mikesyrsutton.hubpages.com/hub/Lucinano-Pavarotti-An-legendary-tenor

Links for more Opera and music. 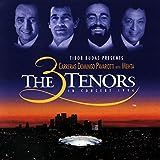