Born in 1962, Tom Cruise Mapother IV was not destined to become a movie star. At age 14 he was enrolled in a Franciscan seminary and on his way to becoming a Catholic priest. By the time he was in high school, he caught the acting bug, dropped out of school and headed for New York to pursue his dream of becoming an actor.

The early 1980s saw Tom Cruise taking on supporting roles in successful films, but his big break came in 1983 with the lead in the soon-to-be-classic "Risky Business". Three years later, his starring role in "Top Gun" made him an instant movie star, and he's been on the rise ever since. By 2006, Forbes magazine had ranked him as the world's most powerful celebrity - for every dollar of salary he's paid, his movies earn $11 in gross income!

Though he's worked for some of the biggest directors of modern film history - Steven Spielberg, Martin Scorsese, Francis Ford Coppola, Stanley Kubrick, Oliver Stone, and more - his acting rarely gets noticed when award season roles around. He's won three Golden Globe awards, and received three Academy Award nominations - for his roles in "Born on the Fourth of July", "Jerry Maguire" and "Magnolia" - but has yet to win one.

Ironically, many other actors and directors have earned nominations and/or Oscars for their work with him:

Between 1992 and 1996, Tom Cruise became the first actor ever to star in 5 consecutive $100 million-plus grossing movies: A Few Good Men, The Firm, Interview with the Vampire, Mission: Impossible and Jerry Maguire.

In 2007 he shared the record for most consecutive $100 million-plus grossing movies, along with Tom Hanks and Will Smith. By 2008, Smith pulled ahead and currently holds the record with 8 consecutive blockbuster releases.

In this film directed by Michael Mann, Tom Cruise takes a rare turn as the bad guy, playing a contract killer. He hires Jamie Foxx's cab driver for night of killing in Los Angeles, forcing the cabbie to drive him from hit to hit. But the driver tries to thwart the killers plans and save one last victim from certain death. Jamie Foxx was nominated for both a Golden Globe and an Academy Award for his performance.

In Steven Spielberg's "Minority Report", Cruise plays a cop in the near future who works with psychic "pre-cogs" to prevent crimes before they happen. When the pre-cogs predict that Cruise's character will himself commit a murder in the next 36 hours, it's up to him to find a way to change the future and avoid arrest by his fellow cops. Colin Farrell, Samantha Morton and Max Von Sydow co-star in this high-tech thrill ride.

In this second teaming with director Steven Spielberg, Tom Cruise plays a divorced father who must fight to save his children from alien invaders in this retelling of the classic H.G. Wells story. Along the way, Cruise and his children must also avoid the other humans - especially an effectively creepy Tim Robbins - who want to take advantage of them in this apocalyptic tale.

In master film maker Stanley Kubrick's final film, Tom Cruise and his then-wife, Nicole Kidman, play a married couple struggling to save their marriage. When Cruise's character begins a flirtation with a secret sex club, his life begins to unravel around him. Cruise and Kidman took over a year away from their successful film careers to devote their full attention to this film, which was completed just days before Kubrick's death. It was the only one of the director's films to open at #1 in the box office.

The first true blockbuster for Tom Cruise, director Tony Scott's "Top Gun" went on to become a pop-culture classic and the highest grossing film of 1986. Tom Cruise plays a Navy pilot appropriately nick-named "Maverick". He's a hot shot who gets sent to an elite pilot training program, where he competes with his fellow pilots and falls for a civilian instructor played by Kelly McGillis. The film was so successful that for years after its release, the U.S. Navy saw a significant jump in enlistment rates.

"The Last Samurai" on Blu-ray &DVD

In "The Last Samurai", Tom Cruise portrays an American Civil War veteran-turned-mercenary. He's hired by the Emperor of Japan to train his army in the techniques of modern warfare, but when they prematurely attack a force of Samurai warriors they are easily defeated and Cruise's character is taken prisoner. His captor's nurse him back to health and educate him in the ancient ways of the Samurai, and he must decide which side to take in a final battle between the Samurai and the Emperor's army.

In Rob Reiner's "A Few Good Men", Tom Cruise plays a Navy lawyer charged with defending a pair of Marines accused of murder at Guantanamo Naval Base in Cuba. Along with Demi Moore and Kevin Pollack, Cruise must search for the truth in order to vindicate the two Marines, who he is sure were acting on orders from their superior officers. Jack Nicholson turns in one of his most memorable (and Academy Award nominated) performances as the Marine colonel who believes that Cruise's lawyer "Can't handle the truth".

"Interview With The Vampire" on Blu-ray & DVD

One of Tom Cruise's most controversial roles, "Interview With The Vampire" was became a huge box office success, despite author Anne Rice's very public objection to the casting of Cruise in the lead. The author just as publicly recanted after seeing Cruise's performance in the film and claiming that he perfectly portrayed her creation, the vampire Lestat. Co-starring Brad Pitt, Kirsten Dunst, Stephen Rea and Antonio Banderas, "Interview With The Vampire" is the tale of a monster and the monstrous ego that leads to his downfall.

In this film, based on the John Grisham novel of the same name, Tom Cruise plays a young lawyer who goes to work for an exclusive Memphis law firm. He begins to suspect wrong-doing by the partners at the firm, and he digs deeper for the truth. He gets too close for the firm's comfort and must concoct an elaborate plan to protect his life and his marriage, while simultaneously bringing the culprits to justice. This film is another of the Tom Cruise movies where his co-star, this time Holly Hunter, garnered an Academy Award nomination. 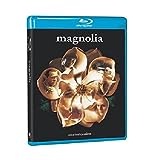 In this Paul Thomas Anderson's masterpiece (of mysterious mess, depending on your point of view), Tom Cruise plays a misogynistic motivational speaker whose life interweaves with those of several others in the course of a single day in Los Angeles. Cruise's Frank Mackey is estranged from his father (played by Jason Robards, in one of his final film performances), whom he learns is on his deathbed. He goes to reconcile with the old man, and Cruise's powerful performance in the film brought him his third Academy Award nomination.

In this modern classic, Tom Cruise turned away from blockbuster movie roles in favor of a small independent film, directed by Cameron Crowe. Cruise plays a high-powered sports agent who decides to change his life and start a new agency that he'll run his own way. No one else really believes in his new vision - only one of his clients sticks with him, and his only ally in the business is a secretary who left her job to join him. Cuba Gooding, Jr, joined the list of Cruise co-stars to win an Oscar for their supporting role opposite him, and Cruise himself fetched his second nomination for his role.

The first big success for Tom Cruise as a leading man, "Risky Business" took the 1980s "teens throw a party" formula and turned it into a serious and engaging story. The movie, thanks mostly to Cruise's charm and likability, manages to be funny and touching at the same time. He plays an uptight teen whose parents are away on vacation, and through a series of misadventures he ends up becoming a low-level pimp, selling the services of a small group of prostitutes to his fellow wealthy students. Cruise's underwear dance scene has entered the popular culture as an iconic image of the 1980s teen movie.

Which do you think is Tom Cruise's Best Movie?