Shahrukh Khan is one of the most popular and powerful actors in the Bollywood. He has acted in over 70 movies and won several Awards including the Padma Shri from the Government of India for his contributions towards Indian cinema. He has been one of the highest paid and most successful lead actors in the Indian Film Industry that most actresses who have worked opposite him consider themselves lucky to be casted in his films. The popularity of this actor is such that model-turned-actress Neha Dhupia commented that only sex and Shah Rukh Khan sells in the Bollywood. She amended her statement later and informed in an interview that the viewers are bored with sex and only Sharukh khan sells. She again amended the statement in a latest interview after the release and success of The Dirty Picture. According to her, ‘Sex, SRK and Salman sells’.

Shah Rukh Khan was born on 2nd November 1965 in a Muslim family in Delhi to Mir Taj Muhammad Khan and Lateef Fatima. He did his Bachelor's degree in Economics with honors from the Hansraj College. He joined the the prestigious Jamiya Miliya Islamia University to do the Masters in Mass Communications but opted out to pursue a career in Bollywood. To prepare himself for the acting career, he attended the National School of Drama in Delhi and also did an acting course under the famous theater director Barry John.on 25 October 1991, Shahrukh Khan married his love interest Gauri Chibber who is a Hindu in a traditional Hindu wedding ceremony. The couple have two children – Aryan and Suhana.

King Khan started his acting career on Television with the lead role on ‘Fauji’ in the year 1988 where he played the role of a commando. He then appeared on another serial ‘Circus’. Both the serials were popular and got him noticed as an actor. He got his break to Bollywood movies with Hema Malini’s directorial debut Dil Aashna Hai, but unfortunately the film got delayed. Shahrukh’s first movie which was released was Deewana opposite Divya Bharti which became a box office hit. Shahrukh Khan won the Filmfare Best Male Debut Award for his performance in the movie. Ever since he has given many highest grossing films in Bollywood. Some of his popular movies are Darr, Baazigar, Dilwale Dulhania Le Jayenge, Kuch Kuch Hota Hai, Kabhi Khushi Kabhie Gham, Devdas,Swades,Chak De India,Om Shanti Om,My Name Is Khan, Kal Ho Naa Ho, Veer-Zaara,Kabhi Alvida Naa Kehna, Ra.One, Rab Ne Bana Di Jodi and Don 2. There are many actresses who have acted opposite King Khan. Given below is a list of his best heroines . 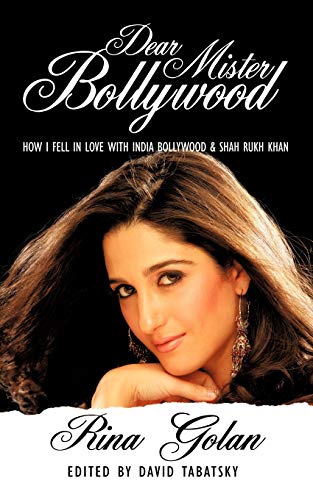 Juhi Chawla is probably the actress who have acted in the maximum number of movies with Shah Rukh Khan. She and King Khan are friends and business partners. She is the co owner of a production company Red Chillies Entertainment (previously Dreamz Unlimited). She is also the co-owner of Indian Premier League team Kolkata Knight Riders in partnership with Shahrukh Khan. Shah Rukh and Juhi were seen together in movies like Raju ban gaya Gentleman, Darr, Pehla Nasha, Kabhi Haan Kabhi naa, Ram Jaane, Yes Boss, Duplicate, Phir bhi dil hai Hindustani, Raashq, One 2 ka 4, Paheli, Bhoothnath, Krazzy 4 and Luck by Chance.

Aishwarya Rai Bachchan has acted opposite Shahrukh Khan in 3 films – Mohabbatein (as his dead girlfriend who appears in flash back scenes), Devdas and Raashq (unreleased). Mohabbatein and Devdas were box office hits. She also played the role of SRK’s sister in the film Josh. In the Shahrukh Khan, Madhuri Dixit and Salman Khan starer Hum Tumhare Hain Sanam she played the role of Salman Khan’s blind girlfriend which was a cameo. In another SRK movie (Shakti: The Power ), she made a special appearance as herself in the popular "Ishq Kamina" song.

Priyanka Chopra has acted in 2 films opposite Shah Rukh Khan- Don: The Chase Begins Again and Don 2. Both this films were box office hits. Priyanka played the role of Roma in both the movies. She also made a cameo appearance as "The Desi Girl" in SRK super hit film Ra-One. She also was seen making special appearances in the song scenes of two of Shahrukh Khan’s movies. In Billu, she was seen in the song "You Get Me Rockin and Reeling". She was also seen in the "Deewangi Deewangi" song in the Shah Rukh Khan and Deepika Padukone starer Om Shanti Om. She also has made numerous television appearances with SRK and also was linked with him.

Kareena Kapoor has acted opposite King Khan in two movies – Asoka and Ra-One. Ra.One was ascience fiction and average business at the box office. A sequel of the movie is at the pre-production stage which however may not have this actress. Kareena was nominated for the Filmfare Award for Best Actress for her performance in the Bollywood epic film Asoka as Princess Kaurwaki. In the Bollywood hit film Kabhi Khushi Kabhie Gham, Kareena played the role of Shah Rukh’s sister in law. In Don: The Chase Begins Again, Kareena did a cameo. She also made a special appearance in the Irfan Khan and SRK starer Billu in song "Marjaani".

Madhuri Dixit has acted opposite Shah Rukh Khan in 5 movies – Anjaam, Koyla, Dil to Pagal hai, Hum Tumhare Hain Sanam and Devdas. In Anjaam, Shah Rukh Khan played the character of Vijay Agnihotri which was a negative role which got him the Filmfare Award for Best Performance in a Negative Role. All the films were moderately successful at the box office. SRK made a special appearance in M F Hussain’s Madhuri Dixit starer movie Gaja Gamini as the photo journalist.

Deepika Padukone has acted opposite Shah Rukh Khan in only one film. She made her dream debut opposite the Baadshah in the Bollywood musical film directed and choreographed byFarah Khan. Deepika plays the role of film actress Shanti Priya, the love interest of Om Prakash Makhija (played by Shahrukh Khan) who secretly marries Film producer Mukesh Mehra (played by Arjun Rampal). She won the Filmfare Best Female Debut Award for her performance in the movie. This film was one of the highest-grossing Hindi films. Deepika Padukone also made a special appearance in the Shah Rukh and Irfan Khan starer Billu in the song "Love Mera Hit Hit".

Anushka Sharma has acted opposite Shah Rukh Khan in only one film. She made her Bollywood debut opposite King Khan in Chopra'sRab Ne Bana Di Jodi. In Rab Ne Bana Di Jodi, Anushka played the role of Taani who gets married to Shah Rukh’s character of Surinder Sahni aka Suri to fulfill the wish of her father who is in deathbed. Taani finds it difficult to accept the introverted and ‘not so good looking’ Suri who had fallen in love at first sight with her. Suri disguises himself as the handsome and dashing Raj Kapoor and manages to get Taani’s attention. However, Tani refuses to go with Raj after realizing her feelings for her husband. Rab Ne Bana Di Jodi was a blockbuster in India and overseas.

There are many more actresses who have acted opposite Shah Rukh Khan, but I find the above mentioned actresses the best of all. The other actresses include Sridevi, Manisha Koirala, Raveena Tandon, Divya Bharti, Sonali Bendre, Mahima Choudhary, Twinkle Khanna, Shilpa Shetty and Sushmita Sen to mention a few. Apart from these actresses, Katrina Kaif is acting opposite Shah Rukh in Yash Chopra's film London Ishq. Among the popular actresses of today, Vidya Balan is yet to act opposite this Bollywood superstar.

So, who do you think is Shah Rukh Khan’s best heroine till date? Please share your opinions by comments and poll.