So Who Is Imogen Heap?

Imogen Heap is a solo musician, born in London in 1977. She was educated at a private school and learnt to play the piano at a young age, going on to be classically trained in piano, cello and clarinet. By the age of 15 she had already taught herself how to sequence using an Atari computer.

From an early age, she was prolific, writing songs from the age of 13 and recording them on her Atari and then using the atari to create loops and drum sequences. It all started in her bedroom at school and then she took this 'hobby' to the BRIT School for Performing Art and Techology, a school which was later attended by both Amy Winehouse and Adele.

She was mentored by former 80s pop vocalist, Nik Kershaw and made a solo album, 'I Megaphone' (an anagram of her name!) and appeared at the Prince's Trust Concert in 1996.

Since then, Imogen has been part of two bands, Acacia and Frou Frou.

Frou Frou saw her team up with Guy Sigsworth, a musician very much in the same vein as Imogen Heap - electronica and together they made amazing music.

I have included some of their songs in my top ten.

Imogen Heap - Electronica, Pop, Classical, Dance, Ballad, She Can Do It All

Whilst this may seem unbelievable - it is true.

Seeing Imogen Heap live is an unforgettable experience - she embraces technology so that she can, wherever possible replicate all of the sounds herself.

She does have guest musicians at her concerts but for the most part, she plays solo.

As well as being an amazing solo artiste, she is famous for being a keen tweeter, regularly keeping her fans and friends abreast of whatever she is up to.

She also talks to her audiences a lot and I mean A LOT! Seeing her live is like going to see a friend putting on a concert for you - she chatters away to the audience constantly.

The great thing about her chat is that she tells you about the history of her songs, what they mean, why she wrote them, which instruments she used etc. She seems to genuinely enjoy talking to her fans and is very approachable - isn't that refreshing.

So far, she has won a number of Emmy Awards and has sold her last two albums in their millions. Her most famous song, 'Hide and Seek' is a sort of acappella song with only her voice and a vocoder - it is in the list below.

If you don't like electronic music - I am hoping you might be swayed by this Top 10 list, she is very unique and also a great artiste for capturing melody and creating layers of sound and nuance.

Let's see if I can convince you.

When I try to cajole people into listening to Imogen Heap, I always start them off with her Frou Frou album, rather than her first album, I Megaphone (an anagram of her own name), which is much more raw and unrefined. Must Be Dreaming is best heard with your headphones in and you can take in all of the clever layering and the typical Imogen Heap trait of creating strange percussive sounds. She uses things just lying around at home to create sounds, more on that later. Listen to this song for her staccato looped vocals and the gorgeous strings created with a synthesiser.

The song at number 9 is also by Frou Frou and is a wonderful song which although written by Imogen and Guy uses a song by Brian Eno in the chorus as its backing track; it's the orchestral part and is called 'An Ending (Ascent)'. This way of stealing a part of a song to make another song is called sampling and the great thing about 'Hear Me Out' is that they have actually created something equally good from Brian Eno's four bars of sample, they have not defiled it or spoilt it.

If you have the time or the inclination, listen to it all the way though and just enjoy the amazing arrangement.

I just had to include this amazing live acapella version of Just for Now performed on a show hosted by Scrub's Zach Braff. It's worth worth watching to see Imogen in full flow - it's like she is part of the 'music' and the music is part of her. In fact this is an acapella version so there is no music as such it is all played with her mouth and layered and layered again.

I wish I had a tenth of her talent - you can see how amazed Zach Braff is at the end of this amazing live performance.

Another Frou Frou song at number 7 and this is the one which gets the highest up in my countdown and part of me wanted to place it higher but Imogen has made too many great solo songs that I prefer to Let Go but it is an amazing song which is a deliciously arranged electropop song with great lyrics and a lovely bridge into the chorus. Best of all is the amazing Middle 8 with Immy's weird sampled vocals - low, low and low again but it all rises again. The electric piano counterpoints perfectly with the electronic drums and the lush synth strings - again, it's all like a big delicious layer cake.

"Why d'ye have to be so cute?" Imogen sings in the bridge before the chorus and this song has a very simple story. A girl knows a guy and they're friends but she wants so much more. This is the song of her fantasy of manufacturing a way to get the two fo them together.

It is one of my favourite songs for great lyrics. She performed this live as part of her set at the Sage in Gateshead, England and said she was shocked at how many of her fans told her it was one of their favourite songs.

Imogen allowed fans to go on her website and choose which songs she should perform at her concerts at every venue she played on her 2010/11 UK tour. I picked this track as one of my top songs - so glad I did, she nailed it at the concert.

Speak for Yourself
Buy Now

Imogen is in top form with this song 'Speeding Cars' which she released between her second and third albums. As such it remains a stand alone track and we are so glad that a contractual arrangement with her record company may have meant her bringing out a track when her third album, 'Ellipse' ran into scheduling problems.

It is another of Imogen's adventures in layering. She is an amazing arranger and an even better engineer for fitting everything together in such a perfect way.

The vocals are layered and there are some astounding melodic flights of fancy in this song. It also has really great lyrics. She writes her lyrics in a very organic way, usually without music, sometimes like poetry, sometimes at home, sometimes in coffee bars but she just seems to be very good at it.

This song was my favourite for a long, long time - I enjoy its way of breaking out of its shackles halfway through. The strange percussive instruments at the intro leads into a pretty bog standard electronic rhythm track but don't be fooled- Imogen Heap rarely let's a song play out in an ordinary fashion, there are always little twists and turns - aren't the pizzicato strings wonderful in the chorus and then the vocal middle 8, just her and the percussion but then it all breaks loose - it suddenly gets staccato and operatic and dissonant and you're in her thrall again.

First Train Home is the opening track of Immy's third album, Ellipse and was written after a crappy night out with friends which left her feeling out of sorts in the middle of the evening and just wishing she was back home in her own company. She was in the process of making Ellipse when she was invited out with friends but all she could think about was getting back to her studio and mulling over a problem she had with a song.

So this song is her expression of her own frustrations and of suddenly not feeling part of the crowd.

Listen carefully and you will hear sausages frying in a pan in the background and also rain splashing on windows outside. Imogen recorded this song - just her and her vocoder onto her Pro Tools software sequencer in her flat and her boyfriend at the time was cooking their supper.

It's a one shot song - a snapshot of her ability to get amazing sounds out of electronica and her skill in using very little to get a big sound - this song is so original and has been copied and sampled by many musicians since its original release.

"Ransom notes keep falling out your mouth" - who creates lyrics like that?

What a shame this has not been released as a single cos I would have a better video to show you all. Unfortunately, I will have to make do with You Tube's offerings until I get around to creating my own.

This song defies explanation - it has the familiar layers but a great backing vocal by Nitin Sawhney and it stops then starts again near the end. It will confuse you, it will intrigue you and every time you listen to it, you will hear something you have never heard before.

A song which always has the power to surprise.

It has been my favourite of her songs since the first time I heard it.

I am sure there are Imogen fans out there who will disagree but I just love it.

Covers By Other Bands

You Tube will show you a lot of cover bands doing Imogen Heap songs but probably one of the best of these are the band Pentatonix - here is their wonderful version, acapella style (just like Imogen's version) of 'Aha' - sit back with your headphones on and enjoy! 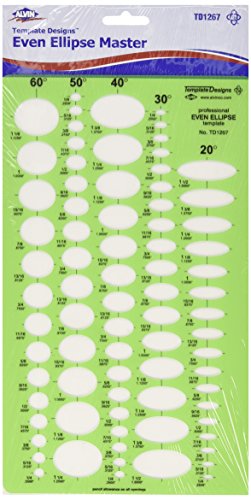