Juhi Chawla is a popular Indian Actress, Host and film Producer. Juhi was born on 13th November 1967 in Ludhiana of Punjab to Dr. S. Chawla and Mona.Her mother passed away in an accident in 1998.She has a brother named Sanjiv. Juhi married industrialist Jai Mehta in the year 1997 and has two children with him – a daughter named Jhanvi and a son named Arjun.

Juhi entered the movie industry after winning the Femina Miss India crown in 1984. Though she made her Bollywood debut with the film Sultanat in 1986, she got noticed as an actress with the movie Qayamat se Qayamat Tak in which she was paired opposite Aamir Khan. Juhi Chawla has been part of the Hindi film industry for over 20 years and has given many super hit films. Apart from Hindi Films, Juhi has also acted in other regional language films like Telugu, Punjabi, Tamil, Malayalam and Kannada. She has won several awards for her performance in movies. After establishing herself as an actress, she became the co-owner of a production company called Dreamz Unlimited along with Shah Rukh Khan. This company was later transformed as Red Chillies Entertainment. Juhi is also co-owner of the IPL Team Kolkata Knight Riders along with Shahrukh Khan. Apart from acting and production, Juhi has also been the presenter and host of numerous TV shows and Award functions. Juhi is a trained dancer and singer. She was also one of the judges of the Dance Reality Show Jhalak Dikhhla Jaa third season.

Juhi has acted in over 90 films till date. Some of her best performances were Qayamat Se Qayamat Tak, Hum Hain Rahi Pyar Ke, Duplicate, 3 Deewarein, Darr, Jhankaar Beats and My Brother Nikhil. Two of her upcoming films are the 3D-animation film Main Krishna Hoon and the Bollywood romance drama film Son Of Sardar (SOS). Given below is a list of the top 10 movies of this beautiful actress.

Qayamat Se Qayamat Tak is a Bollywood film based on Romeo and Juliet. In Qayamat Se Qayamat Tak, Juhi Chawla plays the role of Rashmi who falls for Raj (played by Aamir Khan). Rashmi’s and Raj’s families are bitter enemies and oppose their union. The lovers therefore elope and start living together. Rashmi's father Randhir Singh (played by Goga Kapoor) finds the whereabouts of the couple and hires a contract killer to kill Raj.Raj is chased by the henchmen while he goes to collect firewood. Rashmi gets shot and dies in Raj’s arms after promising never to leave each other. Raj stabs himself with the dagger anddies with his head on Rashmi's chest. Qayamat Se Qayamat Tak was a success at the box office. This movie was directed by Mansoor Khan and produced by Nasir Hussain. This movie also stars Alok Nath, Dalip Tahil and Reema Lagoo in important roles. Aamir Khan’s nephew Imran Khan acted in this movie as the young Raj.

Juhi Chawla won the Filmfare Lux New Face Award for her performance in the movie. She was also nominated for the Filmfare Best Actress Award.

In Hum Hain Rahi Pyar Ke, Juhi Chawla plays the role of Vaiyjanti who runs away from her home to escape from an arranged marriage against her wishes. She meets Rahul Malhotra’s (played by Aamir Khan) deceased sister's mischievous kids at the carnival and becomes friends with them. When Vaiyjanti tells the kids that she has no place to stay, they take her to their house. They manage to hide her from Rahul for 2 days, but she gets discovered by him. When Rahul sees that the children love her, he appoints her as the children's governess. Vyjanti begins to live with them and slowly falls in love with Rahul. Rahul agrees to marry Maya for the sake of the children. Vyjanti and the kids succeed in getting the engagement postponed. Vyjayanti admits her love for Rahul. Maya’s father Mr Bijlani tries to ruin Rahul’s business by sabotaging the production and delivery of shirts but fails. Rahul and Vaiyjanti get married with the blessings of her father.

Hum Hain Rahi Pyar Ke was a semi-hit at the box office. This movie was directed by Mahesh Bhatt and produced by Tahir Hussain. Juhi Chawla won the Filmfare Best Actress Award for her performance in the movie.

In 3 Deewarein, Juhi Chawla plays the role of the documentary film maker Chandrika who meets 3 men on death row (played by Jackie Shroff, Nagesh Kukunoor and Naseeruddin Shah) at the jail to do a movie. Chandrika has an abusive husband and her experiences at the prison help her in finding redemption to her troubled marriage.

3 Deewarein was show cased at the 2003 International Film Festival of India. This film was written and directed by Nagesh Kukunoor. Though the film was critically acclaimed, it did not do well at the box office. However, 3 Deewarein was one of Juhi's best performances.

Land of the Free
Buy Now

Darr: A Violent Love Story is a psychological thriller film. In Darr, Juhi Chawla plays the role of Kiran Awasti who is in love with Sunil Malhotra (played by Sunny Deol). Kiran’s college friend Rahul Mehra (played by Shahrukh Khan) has been obsessed with her for ages and stalks her. He even makes threatening calls to her to stop meeting Sunil. When he finds that Kiran’s marriage is fixed with Sunil, Rahul tries to kill him to win Kiran over. Kiran feels responsible for Sunil’s accident while chasing Rahul and decides to leave him. However, Sunil convinces her and the couple get married. Even after Kiran’s marriage, Rahul stalks the couple and creates problems for them. Sunil realizes that Rahul is the stalker and beats him badly. Rahul stabs him and forces Kiran to marry him. Sunil arrives at the venue and saves his wife by killing Rahul.

Darr was a super hit at the Box Office. This movie was directed and produced by Yash Chopra. 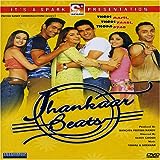 Jhankaar Beats movie is a story about love, friendship and music. This film was a tribute to R. D. Burman. In Jhankaar Beats juhi Chawla plays the role of Shanti who is the wife of Deep (played by Sanjay Suri). The couple has a daughter Muskaan and another baby on the way. Rishi (played by Rahul Bose) is his best friend and colleague at work. Both are musicians and R D Burman fans. Rishi gets thrown out of his home by his wife and the two are considering getting a divorce. Deep too has problems at work and home. The story revolves around how Deep, Rahul and their friend Indraneel (played by Shayan Munshi) sort out their problems. This movie also stars Rinke Khanna, Riya Sen and Vijayendra Ghatge.

Jhankaar Beats was directed by Sujoy Ghosh and produced by Bobbie Ghosh. This movie was a moderate success at the Box Office.

In My Brother Nikhil, Juhi Chawla plays the role of Anamika who is the sister of famous swimmer Nikhil Kapoor (played by Sanjay Suri). When everyone including Nikhils father, mother, girlfriend and friends leave him after finding that he is HIV+, his sister Anamika along with his friends Nigel and Sam (played by Gautam Kapoor) and the lawyer Anjali stand by him and fights for his rights. This movie also stars Lilette Dubey, Victor Banerjee, Purab Kohli and Dipannita Sharma.

My Brother Nikhi film was directed by Onir and produced by Sanjay Suri, Vicky Tejwani, Onir and Raj Kaushal. This film was highly appreciated by viewers and critics. Juhi Chawla won the Zee Best Actress Critic Award for her performance in the movie.

Daraar has the same storyline as the Hollywood Movie Sleeping with the Enemy starring Julia Roberts. In Daraar, Juhi Chawla plays the role of Priya Bhatia who runs away from her abusive husband Vikram (played by Arbaaz Khan) after making him think that she got drowned while boating. She meets Raj Malhotra (played by Rishi Kapoor) at Shimla who falls in love with her. Vikram finds that Priya is not dead and tracks her. When he finds that she is getting married, he tries to kill Raj but fails. Vikram then tries to kill Priya and chases her but dies when a speeding train hits him.

Daraar was directed by Abbas Mustan and produced by Sujit Kumar. This film was a moderate success at the Box Office and Juhi’s portrayal of the battered wife was highly appreciated by viewers. She was also nominated for the Filmfare Best Actress Award for her performance in the movie.

In Yes Boss, Juhi Chawla plays the role of Seema who wishes to take the shortcut to success by serenading a rich man. She finds that her admirer Siddharth (played by Aditya Pancholi) who uses Rahul (played by Shahrukh Khan) to trap her. Seema is impressed by Siddharth. Rahul and Seema act as Husband and Wife to fool Siddharth's wife Sheela (played by Kashmira Shah) and fall in love with each other in the process. When Siddharth finds about the love affair, he fires Rahul. True love triumphs as Seema opts for true love instead of the easy rich life.

Yes Boss was produced by Aziz Mirza and produced by Ratan Jain and Umed Jain. This picture was a moderate success at the Box Office. Juhi Chawla was nominated for the Filmfare Best Actress Award for her performance in the movie.

My Name Is Khan
Buy Now

I Am Megha with Manisha Koirala

I Am is a collection of four short films based on real life stories: "Omar", "Afia", "Abhimanyu", and "Megha". "Abhimanyu" is based on child abuse, "Omar" on gay rights, "Megha" is about Kashmiri Pandits and "Afia" deals with sperm donation. Juhi Chawla played the title role in Megha inspired from Sanjay Suri's mother Urvashi Suri's life.

I Am was directed by Onir and produced by Sanjay Suri and Onir. This movie was premiered at the I View Film Festival in New York. It was also screened at several other film festivals like the International Film Festival of Kerala and the Vancouver International Film Festival. Though I Am won the National Award for Best Hindi Film in 2012 and received mainly positive reviews from critics, it failed to make an impact at the box office. Juhi Chawla was nominated for the Filmfare Best Supporting Actress for her performance in the movie.

Pratibandh marked the Bollywood debut of Telugu Super Star Chiranjeevi. It was the remake of the super hit telugu film Ankusam. In Pratibanth, Juhi Chawla played the role of Shanti who is the wife of Inspector Siddanth (played by Chiranjeevi) who is an honest cop fighting for what is right. Shanti gets killed by the villain (Rami Reddy). Inspector Siddanth also dies in an attempt to save his guru (played by J.V. Somayajulu), a honest minister who stands against the villains.

Pratibandh was directed by Ravi Raja Pinisetty and produced by Allu Aravind. This movie was a success at the box office. Juhi Chawla was nominated for the Filmfare Best Actress Award for her performance in the movie.

Have I left any of the Juhi Chawla best movies? If you know of any film which deserves a place in this list, feel free to add them through comments.