Kareena Kapoor is one of the most popular Bollywood Actresses known for her brilliant performance in movies. Kareena is the daughter of Babita and Randhir Kapoor. She was born on 21 September 1980 in Mumbai. She is fondly referred to as Bebo by her friends and family. She hails from a family that have been actors for generations. Her paternal great-grandfather Prithviraj Kapoor and her grandfather Raj Kapoor were popular actors of their times. Her father Randhir Kapoor and her uncles (Shammi, Shashi, Rishi and Rajiv) also belonged to the film world. Her maternal aunt Sadhana and her mother Babita were popular actresses too. Her elder sister Karishma Kapoor is also an actress.

Kareena made her Bollywood debut in the year 2000 with the J.P. Dutta movie 'Refugee' opposite Abhishek Bachchan. She earned rave reviews for her performance in the movie and also bagged the Filmfare Award for Best Female Debut. Like the actress Katrina Kaif, Bebo also has acted with all the 3 Big Khans of Bollywood – Aamir, Shahrukh and Salman. She also has a mannequin of herself in Madame Tussaud's Museum in England which also has one of Aishwarya Rai Bachchan. Kareena was supposed to be getting married to her boyfriend Saif Ali Khan on October 16, 2012 but she called off the wedding. However, Saif confirmed to news reporters that the Saifeena wedding is just postponed to December. Kareena lost Sanjay Leela Bhansali's Movie 'Ram Leela' after the news of her wedding came out as the Director did not want to cast a married heroine as the Juliet of his film.

Some of her best movies of Kareena are Refugee, Mujhe Kucch Kehna Hai, Kabhi Khushi Kabhie Gham, Chameli, Dev, Omkara, Jab we met, Golmaal 3, Golmaal Returns, We Are Family, Kurbaan, Ra.One, Bodyguard and Asoka. Kareena's much awaited Madhur Bhandarkar Movie Heroine which released on September 21, 2012 failed to impress the critics. However, the response for this movie from viewers has been good. Talaash is another awaited movie from Kareena. Given below is a list of the best movies of this actress.

In Kabhi Khushi Kabhie Gham, Kareena Kapoor played the role of Pooja Sharma aka Poo who is a glamorous diva. Poo stays with her elder sister Anjali(played by Kajol) and her husband Rahul Raichand (played by Shahrukh Khan). She helps her boyfriend and Rahul’s Brother Rohan (played by Hrithik Roshan) in uniting Rahul with his parents. Kabhi Khushi Kabhie Gham was directed by Karan Johar and produced by Yash Johar. This family drama also stars Amitabh Bachchan, Jaya Bachchan, Rani Mukerji and Farida Jalal.

Kabhi Khushi Kabhie Gham was a box office success and won several awards.Kareena Kapoor was nominated for the Filmfare Award for Best Supporting Actress for her role in the film. 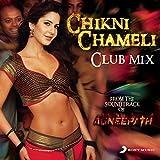 In Chameli, Kareena Kapoor played the role of a sex worker. Aman Kapoor (Rahul Bose) is an investment Banker who drowns his grief of losing his pregnant wife with alcohol and smoking. He takes shelter in a red light area building on a rainy night after his car breaks down and his efforts to get help goes vain. It is there he meets Chameli, a good hearted prostitute who changes his philosophy on life. He returns home as a changed man and make amends with his father in law whom he was avoiding since his wife's demise. After that he returns to meet Chameli again at the same place where they first met. Chameli was directed by Sudhir Mishra and produced by Pritish Nandy Communications.

This film was a moderate success at the box office and won several awards. Kareena Kapoor won the Filmfare Special Award for Best Performance for her role in the film.

Dev is a film based on the Gujarat riots and the muted condition of Hindus and Muslims in India. In Dev, Kareena Kapoor played the role of Aalyn who is the love interest of Farhaan (played by Fardeen Khan) who is manipulated by the corrupt politician Latif to take the path of violence and destruction. Kareena played the character of the Beautiful and innocent woman who dares to stand up for the truth with ease and perfection.She I also se locking lips with Fardeen in this movie. This film also stars veterans like Amitabh Bachchan and Om Puri.

Dev was directed and produced by Govind Nihalani. This film was a moderate success at the Box office. Kareena won the Filmfare Critics Award for Best Actress for her performance in the movie.

Omkara is the adaptation of Shakespeare's masterpiece Othello. Kareena played the role of the Indian Desdemona in this movie. She played the character of Dolly Mishra who marries Omkara Shukla (played by Ajay Devgan) against the wishes of her father Advocate Raghunath Mishra only to suspected of infidelity by her husband.This film also stars her current boyfriend Saif Ali Khan, Vivek Oberoi, Konkona Sen Sharma, Bipasha Basu and Naseeruddin Shah.

Omkara was directed by Vishal Bhardwaj and produced by Kumar Mangat Pathak. This film was a success at the box office and won several awards. Kareena won the Filmfare Best Actress Award, Star Screen Award for Best Actress and IIFA (International Indian Film Academy) Best Actress Award for her performance in the movie.

Jab We Met opposite Shahid Kapoor

In Jab we Met Kareena Kapoor played the role of the lively and talkative Punjabi girl named Geet Dhillon who meets the depressed Aditya Kashyap (played by Shahid Kapoor). Their journey together changes Adithya’s outlook of life and he becomes a successful businessman. Geet on the other hand becomes depressed and lonely after getting dumped by her boyfriend for whom she left her home. In Jab we met Kareena is seen kissing scene with ex boyfriend Shahid Kapoor.Apart from the lead actors, this film also stars Pawan Malhotra, Dara Singh, Kiran Juneja, Saumya Tandon and Tarun Arora. Jab we met was produced by Imtiaz Ali and produced by Dhillin Mehta.

Jab we met was a box office hit and won several awards. Kareena won the Film fare and Star Screen Awards for Best Actress for her performance in the film.

Asoka is a Bollywood Epic Film based on Ashoka the Great. Kareena played the role of Kaurwaki, the Princess of Kalinga who is in hiding to protect her brother. Asoka (played by Shahrukh Khan) falls in love with her and marries her. However, they get separated by circumstances and meet again at the end of the film. Ashoka was directed by Santosh Sivan and produced by Shahrukh Khan, Juhi Chawla and Radhika Sangoi. Kareena is seen with kohl eyes and body in this movie. This film also stars Ajith Kumar, Danny Denzongpa, Rahul Dev, Hrishita Bhatt and Johnny Lever.

Asoka was a commercial success and a critically acclaimed film. Kareena Kapoor was nominated for the Filmfare Award for Best Actress for her role in the film.

3 idiots is based on the Chetan Bhagat novel Five Point Someone – What not to do at IIT. In 3 idiots, Kareena Kapoor played the role of Pia Sahastrabudhhe who falls in love with her father’s student Ranchoddas Shamaldas Chanchad aka Rancho (played by Aamir Khan). After passing from the Imperial College of Engineering, Rancho leaves Pia. Pia is united with Rancho (whom they find is the actual Phunsukh Wangdu, a well known scientist) by his friends Farhan Qureshi (played by R. Madhavan) and Raju Rastogi (played by Sharman Joshi). Kareena is seen locking lips with Aamir Khan in this movie. The film also stars Boman Irani, Omi Vaidya and Mona Singh. The film was directed by Rajkumar Hirani and produced by Vidhu Vinod Chopra.

3 idiots was a blockbuster and won several awards. Kareena was nominated for the Filmfare Award for Best Actress for her role in the film.

Golmaal Returns sequel to the 2006 comedy film, Golmaal: Fun Unlimited. In Golmaal Returns, Kareena Kapoor played the role of Ekta who is the suspicious wife of Gopal Kumar Santoshi (played by Ajay Devgn. She lives with her husband Gopal, mute brother-in-law Lucky (played by Tusshar Kapoor) and sister Esha (played by Amrita Arora). Ekta is a TV soap addict and suspects her husband of having an affair. This movie also stars Arshad Warsi, Shreyas Talpade, Anjana Sukhani and Celina Jaitley in important roles.

Golmaal Returns was directed by Rohit Shetty and produced by Dhillin Mehta. This movie was a box office hit.

Following the success of Golmaal Returns, another sequel to the film was made with mostly the same cast including Kareena which also was a box office success. In Golmaal 3, Kareena played the role of a tomboy named ‘Dabboo’ who tries to get Pritam (Mithun Chakraborty) and Geeta (Ratna Pathak) together. In this film Kareena is seen wearing t shirts and baggy pants and uses foul language. This film also stars Ajay Devgn, Arshad Warsi, Tusshar Kapoor, Shreyas Talpade, Kunal Khemu and Johny Lever.

Golmaal Returns directed by Rohit Shetty and produced by Dhillin Mehta was a box office hit. Kareena was nominated for the Filmfare Award for Best Actress for her performance in the movie.

We are Family opposite Arjun Rampal

In We are Family, Kareena Kapoor played the role of Shreya who is dating Aman (played by Arjun Rampal), a divorced Guy with 3 children. The career oriented Shreya ends up with the responsibility of the children after knowing that Aman’s ex wife Maya (played by Kajol Devgan) is suffering from cervical cancer. Maya dies peacefully after seeing that her children are in safe hands. We are Family was directed by Siddharth Malhotra and produced by Karan Johar and Hiroo Johar.

We are Family was received well by the viewers in India and overseas. Kareena Kapoor won the Filmfare Award for Best Supporting Actress for her role in the movie.

Have I left any of the Kareena Kapoor best movies? If you know of any film which deserves a place in this list, feel free to add them through comments.