If you are a fan of Cougar Movies then I am sure you would find my list of the top best 10 movies with Cougar Women on prowl impressive. Honestly, I hate to hear a woman being referred to as Cougar as many people associate a lot of negativity to the term. While many find it perfectly acceptable for an older man to be with a woman young enough to be his daughter, but when genders are reversed it comes close to being a scandal and the woman in question is being called a cradle snatcher and much more. I have personally met many older women dating or married to younger men and one thing I have noticed is the level of confidence and maturity which makes them stand out in the crowd. For me a Cougar is a woman who knows her own mind.

Coming to the actual topic of discussion, I recently got a mail from a Guy who wanted me to recommend some Cougar Movies (Thanks David!) after reading one of my Articles on Cougar Dating. So I thought I might as well write an Article on it so that other people who are looking for all time best movies with Cougar Characters might find it helpful too. If you are looking for a Movie where the Older Women seduce an younger male, given below is a list of evergreen Cougar Movies you can watch.

Unfaithful will always remain in the top of the list for me because I absolutely love Richard Gere. It is a Film I can watch any number of times and never get bored at all. This Movie is directed by Adrian Lyne starring Richard Gere, Diane Lane, Olivier Martinez and Erik Per Sullivan. The story of the movie centers on Diane Lane and Richard Gere as a couple living in the New York. They are a happily married couple with no much excitement in martial life. It is then this typical bored housewife indulges in an adulterous fling with a younger man she encounters by chance in Manhattan, the consequences of which turns deadly.

Summer of 42 is a 1971 American “coming-of-age” memoir of a boy in his early teens who falls in love with an older woman during his 1942 summer vacation on Nantucket Island.  This quintessential love story is based on the memoirs of screenwriter Herman Raucher. Love turns to tragedy amidst a crisis in the woman's life, and a young boy is changed forever. The film was directed by Robert Mulligan and starred Gary Grimes as Hermie, Jerry Houser as his best friend Oscy,  Jennifer O'Neill as Hermie's mysterious love interest, and Katherine Allentuck and Christopher Norris as a pair of girls whom Hermie and Oscy attempt to seduce.

A Tiger’s Tale is a 1987 Movie written and directed by Peter Douglas, based on the novel by Allen Hannay III. It tells the story of Bubber Drumm is a Houston high school student who falls for his ex girlfriends mother Ross Butts who is more than twice his age. To get even Shirley pricks a hole in Rose's diaphragm, resulting in the older woman getting pregnant with Bubber's baby. The Cast of this Film are Ann Margret as Ross Butts, C Thomas Howell as Bubber Drumm and Kelly Preston as Bubber’s ex girlfriend Shirley Butts.

The Graduate is a 1967 American romantic comedy-drama film directed by Mike Nichols which is based on the Bestseller novel The Graduate by Charles Webb.  This Movie tells the story of a fresh faced College Graduate Benjamin Braddock who has no well defined aim in life being seduced by an aggressive older woman, Mrs. Robinson. He finds out that Mrs Robinson happens to be the wife of his father's business partner.  To complicate matters even further he finds himself falling in love with Mrs Robinson’s teenage daughter, Elaine.  The film casts are Anne Bancroft as Mrs Robinson, Dustin Hoffman as Benjamin Braddock and Katharine Ross as Elaine Robinson.

White Palace is a 1990 Movie directed by Luis Mandoki and based on the novel by the same name written by Glenn Savan.  The movie tells the story of a young widower Max Baron who falls in love with Nora Baker, a middle-aged and uneducated 43-year-old waitress in a White Palace burger joint. This film stars James Spader as Max Baron, Susan Sarandon as Nora Baker and Jason Alexander as Max’s best Pal Neil. The film is marketed with the tagline ‘The story of a younger man and a bolder woman’ and had bold posters of the main protagonists.

How Stella Got Her Groove Back
Buy Now

How Stella Got Her Groove Back

How Stella Got Her Groove Back is a 1998 movie directed by Kevin Rodney Sullivan and based on the novel by Terry McMillan. This is the story about an unrealistic romance between two people who are worlds apart. Stella Payne, a highly successful financial executive, takes a long deserved vacation to Jamaica on insistence from her best friend, Delilah. There she meets Winston Shakespeare, who is twenty years her junior, and falls in love with him. Stella persuades Winston to go with her and promises to help him with his Medical Career. Winston bonds easily with Stella's son Quincy but does not take much interest in pursuing his career. Problems arise when Stella loses her job. The film casts are Angela Basset as Stella Payne, Taye Diggs as Winston Shakespeare, Whoopi Goldberg as Stella’s best friend Delilah and Michael J Pagan as Stella’s son Quincy.

Tadpole is a 2002 American romantic comedy film directed by Gary Winick and written by Heather McGowan and Niels Mueller. It is the Coming-of-age story about a 15-year-old boy, Oscar, who falls in love with his stepmother Eve. However, Oscar ends up bedding his stepmother’s best friend, Diane. Oscar tracks Diane down at a cafe and finds out that not only she told all her friends about their tryst but they all want to give him their phone numbers. Oscar tries to cover up his indiscretion in hopes of winning over Eve. The Cast of this film are Aaron Stanford as Oscar Grubman, Sigourney Weaver as Eve and Bebe Neuwirth as Diane.

The Piano Teacher is a 2001 French Movie directed by Michael Haneke based on the novel Die Klavierspielerin by Elfriede Jelinek who received the Nobel Prize for Literature in 2004. Though it is a Winner of three major awards at the 2001 Cannes Film Festival, it is not a feel good movie. The film tells the story of Erica, a Piano Teacher, who enters into a twisted and abusive sadomasochistic relationship with her student Walter. The role of Erika is played by Isabelle Huppert whereas Benoit Magimel plays Walter. 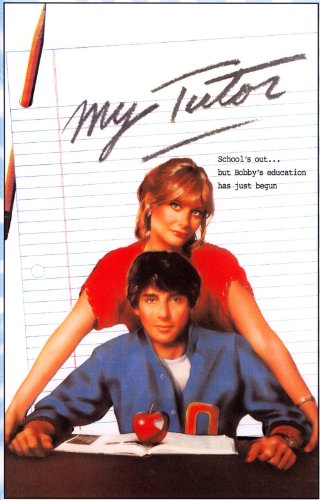 My Tutor is a 1983 Film directed by George Bowers. The film is about Bobby Chrystal, a high school graduate who attempts to lose his virginity during the summer vacation before leaving to college and succeeding in it by entering into a relationship with his female French tutor Terry Green. This Film stars Matt Lattanzi as Bobby Chrystal and Caren Kaye as Terry Green.

Which is the Best Cougar Movie you have watched?

Class is a 1983 American movie that was directed by Lewis John Carlino. Class tells the story of Jonathan Ogner who gets a scholarship to a classy prep school and has a rich and handsome Skip as his roommate. Skip decides it is his duty to see that Jonathan loses his virginity, so he sends Jonathan to Chicago, where Jonathan meets Ellen, a beautiful older woman. Jonathan enters into a relationship with Ellen who is his best friend Skip’s mother without knowing her true identity. Once he gets to know the truth Jonathan rejects her advances.  When Ellen starts begging and calling him to meet her he goes to her planning to put an end to their relationship but Ellen seduces him.  Skip who follows Jonathan discovers Jonathan with his Mom. This film has Andrew McCarthy as Jonathan Ogner, Jacqueline Bisset as Ellen Burroughs and Rob Lowe as Franklin 'Skip' Burroughs IV.

Some other Movies with Cougar Characters are American Pie,  Private Lessons, Sex in the City, The Last Picture Show, No equal Opportunity for Men, American Beauty and Last Tango in Paris to name a few. If you know some other top or popular Cougar Movie, feel free to add it by way of comments.