Korea is surely a blessed country with many beautiful ladies. Popular for their rounded yet small, dazzling eyes, fair skin and rosy cheeks, and subtle baby lips, they are truly beautiful. Korean actresses are also very popular today, because of the Korean dramas that are popular all over the world.Since they are all beautiful, it is really hard to tell who's the prettiest, fairest, and most beautiful of them all, but anyways, many people are ranking them according to their own preferences. So here's my top 10: most beautiful Korean actresses 2015.

She may not always be in the leading role, but her stunning performances as supporting actress is what makes her renowned all over the world. She started her career as a Magazine Model in high school, followed by a commercial in 1996 and finally, she started her acting career in 1999. Her everlasting charm is what keeps her beauty still! Can you guess her age? 22? 24? 25? Well, believe it or not, she's already 34 (born February 15, 1981), and within that given age she had proven her acting skills in popular dramas, mainly in the 2011 period drama "The Princess' Man' and the 2012 comedy 'History of a Salesman'.

Park Min Young (also known as Rachel Park) is a beautiful model and actress, best known for her role in City Hunter (2011), along with Lee Min Ho, and her latest drama, Healer (2014), with Ji Chang-wook. She is a talented actress with strong personality in most of her roles. She started her career as model in a SK Telecom commercial in 2005 and started acting a year later in a sitcom entitled 'Unstoppable High Kick'. Born on March 4, 1986, in Seoul, but her beauty doesn't tell her that she's already 29.

Ha Ji Won, whose birth name was Jeon Hae-rim, was born on June 28, 1978. Her elegant beauty made her stunning all throughout her leading roles, mainly for playing Jini in 'Hwang Jini', Gil Ra Im in 'Secret Garden', and Ki Seung-nyang in 2014 historical drama 'Empress Ki'. Her acting role is not only limited to drama, since she had been leading in different genres such as comedy, martial arts and sports. She received series of special awards from the film 'Close to Heaven' and 'Haeundae'. She was also nominated at the MBC Awards for the film, 'The King 2 Hearts'. She is also a good singer.

Born on October 13, 1982 (age 32), Jo Yoon Hee remained pretty and young-looking with her charm, simple, and natural beauty. She is best known for starring in the Korean television drama 'My Husband Got a Family' as Bang Yi-sook (2012) and 'Nine: Nine Time Travels' as Joo Min Young (2013). She also played the lead role as Kim Ga Hee in the historical drama 'The King's Face' (2014). She also made several appearances in the movies, such as 'The Last Supper', '4th Mystery', and 'Doomsday Book'. She also made guestings in variety shows at KBS and MBC.

Jeon Ji Hyun, also known as Gianna Jun, was born on October 30, 1981. She is now 33, but she remain as fair as a beautiful maiden. She is already married to Choi Joon-hyuk (m. 2012). She is popularly known in her prestigious role in 'My Sassy Girl', which was known as one of the highest grossing Korean comedies of all time. She is also known as Cheon Song Yi in 2014 drama 'My Love From the Star'. She also tops in the list of most popular actress due to her film performances in 'Il Mare', 'Windstruck' and 'The Thieves'.

Born on October 10, 1994, with the birth name Bae Su-ji, she is now commonly known by her stage name as Suzy. This young actress has already reached the hearts of millions as she started her acting career, and is best known for her roles as Go Hye-mi in 'Dream High', Jang Ma-ri in 'Big', Dam Yeo-wool in 'Gu Family Book', and young Yang Seo-yeon in the movie 'Architecture 101'. She is also a good singer, and she is a member of a Korean girl group 'Miss A'. And lately, on March 22, 2015, it was confirmed that she and popular actor Lee Min Ho are in a relationship.

Kim Tae Hee was born on March 29 1980. She is already 35 and yet, she remain as beautiful as the fair queen of a great kingdom. She is a South Korean actress who would definitely capture your heart with her looks. Her beauty will never leave your eyes for a while and her flawless and fairness is something that you'll never forget. She is popular for her notable roles in Korean drama shows like Stairway to Heaven, My Princess and Living by Love. She is also among the topmost endorsement celebrities of South Korea, working as a model for big agencies.

Yoon Eun Hye was born on October 3, 1984. Aside from being an actress, she is also a singer, entertainer, and model. She debuted as a member of a Korean girl group 'Baby V.O.X.' and she stayed in the group from 1999 to 2005. She then began her acting career and known for her television dramas: Princess Hours (2006), The First Shop of Coffee Prince (2007), and Missing You (2012), and Marry Him if You Dare (2013). She already received several awards for her acting performances.

This young actress has turned into a beautiful lady and now known in the world for her acting and dancing skills. Park Shin Hye, the queen of romantic comedies was born on February 18, 1990 (age 25). She is popular for her notable roles in television dramas You're Beautiful (2009), Heartstrings (2011), Flower Boys Next Door (2013), The Heirs (2013), and Pinocchio (2014). She also appeared in the famous movie, Miracle in Cell no. 7 as the grown-up character of Yesung. She also has a talent and passion for singing, as she already released some singles along with other actors. She is also modelling for beauty and clothing agencies like Agatha Paris.

Who's your favorite Korean Actress? 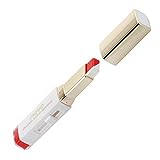