Patty was the first middle school student to win a high-school level John Philip Sousa Award in Ohio. She also sang and became a pro critic.

What is the most popular type of music in America? During the last week of each year, radio stations ready their Top 100 Hits for the ending twelve months. Radio stations specializing in genres from Classical to Rock and Roll, Alternative Jazz, and Country will produce a Top 100 List for their radio stations to play on New Year's Eve, backwards from 100 to 1. Some stations even put together a Top 100 Novelty Songs.

Billboard Magazine publishes a weekly Hot 100 list, and offers a roundup of 100 or 200 each December in each of its genre charts (there must be 50).

For example the Top 10 Most Popular Hits from the Billboard Hot 100 list during the final week of 2010 are presented in the table below.

Tell us your favorite -

What style of vocal music is your favorite?

You don't have to feel like a waste of space

You're original, cannot be replaced

If you only knew what the future holds

After a hurricane comes a rainbow 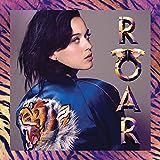 Roar
Katy is a hard worker and dedicated performer, especially concerned with encouraging the youth of the world. At the age of 30, she had been popular for years already. Watching her perform as always for younger teens, even through the heartbreak of her separation and divorce was impressive. Her documentary film and this song/album show her dedication,
Buy Now

Firework is a refreshing Pop number that appears in the Top 10 Listings for several music genres, as indicated on the first line of the above table. The song, tune and lyrics, are upbeat and give hope to anyone that feels different, left out, or belittled. For everyone else, it is still uplifting and gives new spark to one's own spirit.

Teen suicide is a growing concern in America for several reasons, but remarkably for cyberbullying and physical abuse for GLBT identity. Other causes are bullying for being overweight, intelligent, or shy.

There is no justification for any abuse, not Biblical, not any. Nowhere can I find in the original language/literal translation of the New Testament any phrase that says to bully or beat everyone that is different.

The following are some of the lyrics are from the song Firework, the third single on Katy Perry's 2010 album Teenage Dream [Clean Version].

Listen with the video above. I've no idea what's on the Explicit Version

Do you ever feel, feel so paper thin
Like a house of cards
One blow from caving in

Cause baby you're a firework
Come on show 'em what your worth
Make 'em go "Oh, oh, oh!"
As you shoot across the sky-y-y

You don't have to feel like a waste of space
You're original, cannot be replaced
If you only knew what the future holds
After a hurricane comes a rainbow

According to Billboard, the hottest hits are on nearly 100 Billboard Charts that the organization maintains every day.

Specific genres alone cover over 50 of these performance charts and it is not possible to determine from the lineup, the 5 most popular genres in the USA overall. In addition, Billboard also offers a couple of Canadian top hits charts.

This listings includes five music genres just in the first top ten songs and these genres are popular with a wide range of listeners, but particularly our pre-teens to late 30s people.

The current Top 10 Best Sellers for Amazon.com are nearly identical.