There's something about the blues, born out of misery, but created to vent feelings, that makes me smile. I fell in love with the blues partly because of attending a festival as a teenager and seeing B.B. King live. Since then, I have seen other blues greats like Ray Charles, Eric Clapton, Buddy Guy, and even the more contemporary John Mayer.

The feeling and expressiveness of the blues makes it a deep and powerful form of art that allows emotions to flow like electricity. If you have ever seen these blues greats in person, you will know what I am talking about can only be experienced. Words cannot describe the hypnotic high that comes from call and response style vocal and electric guitar wailing.

The following blues songs are particularly fun songs that encourage a smile, so these blues songs don't give me the blues. They elicit the opposite effect. Some blues songs can lift your mood and sooth your worries.

Sometimes simple is better. Nobody can do simple with more feeling, expression, dynamics, and style like Robert Cray. He has Sam-Cooke-like smooth vocals, bouncy perfectly timed guitar solos, and meaningful lyrics. This is the type of blues that makes you feel something.

"Time Makes Two" doesn't just give me a smile, it gives me cold chills down my spine. Robert Cray sounds like a friend attempting to persuade you to his point like his life depends on it. This is a smile, shiver, shut your eyes, and let your mind wander, type of song.

Love Her with a Feeling
Buy Now

Love Her With a Feeling - Lowell Fulson or Buddy Guy

"The woman I love man you know, she's kind of big and fat. And what I like about the woman man she kinda good like that." This is just one of the lines that makes me smile. Listen to the third verse after the solo for the show stopper.

When I have seen him live, Buddy always gets the entire crowd smiling and sometimes outright laughing with this song. Go ahead and try to keep from smiling through this blues song.

Keb' Mo's "Hand it Over" is exactly what blues should be, an uplifting song. Breaking the stereotype of blues music being downer music, Keb' Mo' crafted an immediate classic with "Hand it Over." Robert Johnson's acoustic porch singing style is resurrected with a modern day blues master.

When you add Mo's voice to the formula, you get an easy smile from this song. Keb' Mo' sounds like he's been yelling at a football game for the last 20 years. 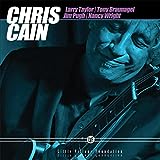 I Don't Know Exactly What is Wrong - Chris Cain

Chris Cain is not the most well-known blues guy around, but he has a classic blues voice mixed with a contemporary guitar soloing style. It sounds like his guitar is smiling, and the melodic intervals he seamlessly and seemingly pulls from nowhere feel like a well built thrilling smooth roller coaster ride. You wish the ride would never end even though it's pretty long, and you don't want to have to get back in line to wait for more.

Several songs of Cain's can make me smile, and when you add in the fact that his lyrics are fun, such as in "I Don't Know Exactly What is Wrong," you have all the elements for a fun listen. Check the link below to hear how cool Cain is. 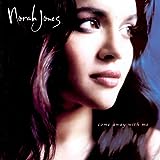 Turn Me On
Buy Now

Turn Me On - Norah Jones

The Norah's smooth as silk voice comes in as a cool wave soothing my mind. Combine that with the slow grove and by the rhythm section and you have a chill out song that can ease any pain.

The power and simplicity of Turn Me On is scary when you realize how little is actually going on in the song. Normally her style is some sort of blend of jazz and pop, but this one is pure blues magic. 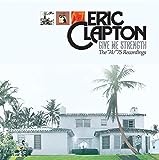 Have You Ever Loved A Woman (Live At Long Beach Arena, California / 1974)
Buy Now

Have You Ever Loved a Woman - Freddie King and Eric Clapton

Only from the pain of being in love with your own friend's woman could come such passion.  This song's lyrics are edgy and sincere.  The music, written by Freddie King, is extremely conducive to playing soulful electric guitar blues solos.  The lyrics are familiar for anyone who has ever at least had a crush on a woman you can't have.

Eric Clapton took the Freddie and made it nearly seven minutes of back and forth crying between his vocals and guitar.  The guitar solos make me want to cry happy tears as I listen to Have You Ever Loved a Woman.

I Asked for Water - Howlin Wolf

Any song that has the lyrics, "I asked her for water... She brought me gasoline" you know is an authentic blues song.  Howlin Wolf has the most raspy and intimidating voice you will likely ever hear from a blues singer.  The guy was huge in stature and would probably intimidate me in real life, but I love to listen to his voice.

So, Wolf is probably the guy that the spoofs of blues songs are supposed to be mocking.  His voice is a trademark of himself and of blues in general.  See if you can keep from smiling when you give this a listen.

People Get Ready - Stewart and Beck

Songwriting doesn't get much better than "People Get Ready" but when you add the talents of Jeff Beck's crying guitar solos and a soulful, gritty voice like Rod Stewart's, you get this really cool mix. Either one by himself could do the song justice alone.  Curtis Mayfield gave us this classic soul song that is close enough to blues to add to this list.

This is one of those songs that turns out like an auditory drug. "People Get Ready" gives me a high whether it's the Blind Boys of Alabama or old white boys.  The video below proves that the song is magical for many different artists making smiles appear from thin air.

I Wish I Knew - Derek Trucks and Susan Tedeschi

I Wish I Knew - Derek Trucks and Susan Tedeschi

There's something irresistible about combining two of the most soulful artists together, and Tedeschi and Trucks are like a good marriage. It's impossible to determine whether her voice or his slide guitar playing are more soulful.

I enjoy their free live music downloads from the Internet Archive, where there is an extensive collection of their shows. These two will keep me smiling as long as they are together.

# 10? You Choose the Last Blues Song for the List

You can add your comment to help decide what the last blues song should be to add to this list. Maybe you know a blues song that is funny or soulful. Either way, make your suggestion so it can be added to this page.

Did any of these blues songs make you smile?

Remember to bookmark this page when you need a little mood lifter you can come back for some therapy. Or you could buy the songs of course, or even better make your own mix of oldies but goodies.