Apart from cooking, food, health, magazines are my obsessions. I read a lot. I share my knowledge through my articles.

Shah Rukh Khan stands first on the list as the richest person whose earnings were Rs 257.5 crores in the year 2015. He is in the 4th place on the list of the famous people declared by Forbes India Magazine.

Shah Rukh Khan was born on November 2nd, 1965. He is popularly known in the media as 'SRK'. He is nicknamed 'King Khan'. The media refers to him as the 'Badshah of Bollywood". He has a very attractive personality, distinct talking style, and great gestures which gives him a lot of popularity. He is a self-made actor with a lot of potentials.

He started his career with appearances in television series. He has acted in over 80 Hindi films. He acted in films such as Baazigar, Dilwale Dulhaniya Le Jayenge, Kuch Kuch Hota Hai, Swades, Devdas, My Name Is Khan, Chennai Express, to name a few. He has exhibited his versatility as an actor. He has earned numerous accolades that include 14 Film Fare Awards. He has been described as the most successful film stars in the world.

Salman Khan, a very handsome Bollywood actor stands 2nd in the Forbes India Magazine list for 2015 as the rich and famous Indian. His earnings reached Rs 202.75 crores in 2015.

Salman Khan is also a producer and television personality. He is considered as the most stylish Hindi actors. He has an immense number of fan following, especially females. He is cited in the media as one of the most popular, influential, generous, commercially successful actors of Indian cinema. He has won one Filmfare Award, two National Film Awards, and three Screen Awards.

He has acted in many films that include Maine Pyar Kiya, Pattar Ke Phool, Saajan, Dil Tera Aashiq, Hum Apke Hain Kaun, Karan Arjun, Bodyguard. His nine films grossing over 1 billion at the box office. His role in Bajrangi Bhaijaan received his ninth nomination for Filmfare Award for Best Actor, becoming the most nominated actor in the category.

He is a great humanitarian through his charity non-profit organization called 'Being Human'. He topped the Forbes India charts of 2014 in terms of both fame and revenues. A majority of his films are box office hits.

Amitabh Bachchan a world-famous Indian Bollywood actor whose revenue for the year 2015 was Rs 112 crores. He is the 5th richest and the topper in the famous Indians list published by Forbes India Magazine.

Amitabh Bachchan was born on 11th October 1942. He is one of the world-famous celebrities that the Indian film industry (Bollywood) has produced. He gained the highest popularity in the 1970s for movies like Zanjeer and Deewar. He is referred to as 'Star of the millennium' or 'Big B'. He has a successful film career, spanning more than four decades in Bollywood. He has acted in over 180 films.

He has many accolades to his credit. He has won four National Film Fare Awards as best actor and many awards at international film festivals and award ceremonies. He is honored with the 'Film fare lifetime achievement award.' He is one of the most versatile actors on the planet. The government of India has conferred upon him with many national awards.

Mahendra Singh Dhoni, popularly known as M.S. Dhoni is fourth on the earnings list of Forbes India Magazine in 2015 with total revenue of Rs 119.33 crores.

M.S Dhoni was born on July 7, 1981, is a famous Indian Cricketer and is the current captain of the Indian National Cricket Team in the limited-overs format. He is a good right-handed batsman as well, as a good wicket-keeper. In 2013, under his captaincy, India became the first team in more than 40 years to whitewash Australia in a Test series. Dhoni is the captain of IPL team Chennai Super Kings. Sports Pro rated him as the sixteenth most marketable athlete in the world.

He is the recipient of many awards. Rajiv Gandhi Khel Ratna Award, Padma Shri, ICC ODI Player of the Year Award(2 times), to name a few. Time Magazine included him in its annual Time 100 List as one of the Most Influential People in the world. He is one of the highest-paid celebrities for commercial endorsements.

Aamir Khan, a famous actor, and producer of the Indian Film Industry (Bollywood) had a revenue of Rs 104.25 crores in 2015. He is the seventh richest and famous Indian in the Forbes India Magazine list.

He is the recipient of numerous awards including National Film Awards and seven Film Fare awards. He was honored by the government of India with the Padma Shri in 2003 and the Padma Bhushan in 2010.

Akshay Kumar, a leading and successful Bollywood actor earned Rs127.83 crores in 2015 as per list published by Forbes India Magazine. He was 3rd in India in richness and 12th in fame.

Akshay Kumar is an Indian-born Canadian actor, producer, and martial artist who has acted in more than 100 Hindi films. He has won Film Fare Awards two times. His films include Dadkan, Andaaz, Namastey London, Hera Pheri, Garam Masala, Bhagam Bhag, and Mohra among others.

He has performed many dangerous stunts in his films which gave him an adorable title 'Indian Jackie Chan'. His immense contribution to the Indian cinema has been recognized by the government of India. He was honored with the Padma Shri award. He has received an honorary doctorate from the University of Windsor. He has earned many international accolades to his credit.

Akshay Kumar is 47 years old now. He is ranked 9th in Forbes' first global list of highest-paid actors in the world.

Virat Kohli had an earning of Rs 104.78 crores in 2015 as reported by Forbes India Magazine. He was ranked 6th in wealth and 9th in fame, on that list.

He was born on 5th November 1988, is an Indian international cricketer, who is the present captain of the Indian team in Test cricket. Virat Kohli is the vice-captain in Limited-overs formats. He is a right-handed batsman, rated as one of the best batsmen in the world. He plays for Royal Challengers Bangalore in the IPL and has been the captain since 2013.

Kohli was ranked eighth in ESPN's list of world's most famous athletes in 2016. He was given the Arjuna Award in recognition of his achievements in international cricket. He is also one of the highest-paid celebrities for commercial endorsements.

Sachin Tendulkar ranked as the 21st richest and 3rd popular celebrity in India in 2015 by Forbes India Magazine. His earning was 40 crores in 2015.

Sachin Tendulkar was born on 24th April 1973. He is a former Indian cricketer and captain popularly regarded as the greatest batsman of all time. He represented India as a cricketer both domestically and internationally for nearly 24 years. He is the only player to score 100 international centuries and the first batsman to score a double-century in one-day international cricket. He holds a record for the highest number of runs in both ODI and Test cricket.

Tendulkar received the Arjuna Award, Rajiv Gandhi Khel Ratna award, Padma Shri, Padma Vibhushan in recognition of his great achievements in Cricket. He was honored with the highest award Bharat Ratna in 2013.

In November 2013, he announced retirement from all forms of cricket. Tendulkar played 664 international cricket matches in total, scoring 34,357 runs. He is seen in many commercial endorsements.

Deepika Padukone is the first woman in the top ten list 2015, declared by Forbes India Magazine. She is ranked the11th richest in India and holds the 6th place as a famous person on the list. Her earning was 59 crores in 2015.

Deepika Padukone was born on January 5th, 1986, is an Indian film actress. She is one of the highest-paid actresses in India and is cited as the most attractive and popular personality by the media. She won many awards, including three Filmfare awards. She is a former fashion model. Her films are Aishwarya, Om Shanti Om, Love Aaj Tak, Bachna Ae Haseeno, Housefull, Cocktail, Bajirao Mastani, and Piku to name a few. She is also a prominent celebrity endorser for brands and products.

Hrithik Roshan is the 9th richest and the 13th most famous person in India in 2015, as declared by Forbes India Magazine. His earning was Rs 74.5 crores in 2015.

Hrithik Roshan is a famous Indian film actor and has a successful career in Hindi films. He was born on Jan 10, 1974, in Mumbai. He has won six Film fare awards. He has been cited in the media as one of the most attractive male celebrities in India. The films he acted are, Kaho Naa.. Pyar Hai, Kabhi Khushi Kabhi Gham, Koi...Mil Gaya, Kites, Lakshya, etc. 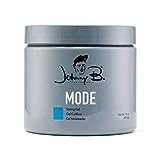 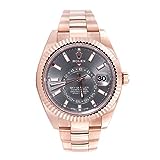