"Those who do not have power over the story that dominates their lives, the power to retell it, rethink it, deconstruct it, joke about it, and change it as times change, truly are powerless, because they cannot think new thoughts."
- Salman Rushdie

In my opinion, the best kinds of songs are the ones that tell us stories. From beginning to end, the tune takes us on a journey that we remember for a long time. I also think that this is, sadly, one of the things that popular music is missing right now.

In making my list of the top ten songs that tell stories, most of my entries came from the seventies and classic rock which, in my opinion, is the absolute best musical genre. I tried to include others, and maybe one or two might be surprises, but these are my favorites.

If you have any other suggestions, or if I've left your favorite off the list, please feel free to comment and remind me.

"They were duelin', Doolin' Dalton / High or low, it was the same / Easy money and faithless women / Red-eye whiskey for the pain."

This one is a favorite of my older younger brother. Doolin' Dalton is about gunslingers in the old west and how they've chosen the lives they lead, even if it happens because of one dumb decision. From The Eagles' 1973 album Desperado, the song was never officially released as a single, but appears on several of their greatest hits compilation albums anyway.

"He looked down into her brown eyes and said, “Say a prayer for me.” / She threw her arms around him whispered, “God will keep us free.” / They could hear the riders coming he said, "This is my last fight / If they take me back to Texas they won't take me back alive."

This is another family favorite. Ray and Willie together almost seems like it wouldn't work but, on this song, they're perfect. Although technically a country song, it definitely fits on this list as Ray Charles and Willie Nelson have both achieved hits on just about every chart there is. Seven Spanish Angels was originally released as a single from Willie Nelson's 1985 album Half Nelson, a record of country music duets with the likes of Charles, Carlos Santana and also spawned the hit song To All The Girls I've Loved Before with Julio Iglesias.

"He said, "Hey there fellow/ With the hair colored yellow / Watcha tryin' to prove? 'Cause that's my woman there / And I'm a man who cares / And this might be all for you."

From the 1973 Lynyrd Skynyrd album (Pronounced 'Lĕh-'nérd 'Skin-'nérd), Gimme Three Steps is arguably one of the band's best songs. It tells the story of a guy that gets caught in the middle of the relationship of another guy and his girl, Linda Lou. The boyfriend thinks Linda Lou is cheating, and the yellow haired dude just wants a head start out the door. 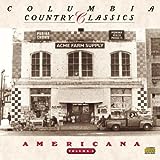 "Some gal would giggle and I'd get red / And some guy'd laugh and I'd bust his head / I tell ya, life ain't easy for a boy named "Sue."

Johnny Cash was not only a fantastic artist, he was also a master storyteller, although this song was adapted from a poem by Shel Silverstein. Originally included on the Johnny Cash At San Quentin album in 1969, the live recording became a smash hit for him during the height of his career. It also had to be censored, at the time, because of a couple of foul words. The song follows the singer on his search for his father, so he can beat him up for naming him Sue, only to find out that his dad did it for a really good reason.

6. The Charlie Daniels Band - The Devil Went Down To Georgia

"I guess you didn't know it, but I'm a fiddle player too. / And if you'd care to take a dare, I'll make a bet with you. / Now you play a pretty good fiddle, boy, but give the devil his due / I bet a fiddle of gold against your soul, 'cos I think I'm better than you."

The Charlie Daniels Band hit number three on the Billboard Hot 100 Chart with this song, from their 1979 record Million Mile Reflections. Charlie Daniels himself has never said from where the original idea for the song came, but stories about the devil laying down challenges are as old as Christianity itself.

My best friend and fellow Hubber Julie Fletcher says I should have used The Legend of Wooly Swamp instead, but I honestly don't know the song. 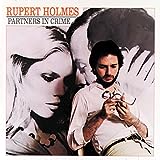 "If you like Pina Coladas, and getting caught in the rain / If you're not into yoga, if you have half-a-brain / If you like making love at midnight, in the dunes of the cape / You're the love that I've looked for, come with me, and escape."

This may be the coolest story ever told in a song. Dude is bored with his wife, so he answers an adult ad in a newspaper to find someone to "play with." Turns out, the ad was written by his wife. Escape is from the 1979 album Partners In Crime and was a number one single on the Billboard Hot 100 Chart, the only one Rupert Holmes ever scored.

"This is Major Tom to Ground Control / I'm stepping through the door / And I'm floating in a most peculiar way / And the stars look very different today."

This song is from David Bowie's self-titled 1969 album which is also known as Space Oddity. The tune could either be Bowie's nod to 2001: A Space Odyssey or poking fun at the UK's space program. Either way, the chorus is memorable, even for folks who don't care much for Bowie's music. Its release coincided with the moon landing of the Apollo 11, which gave Bowie the boost he needed. He's been famous ever since! 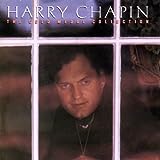 Cat's in the Cradle
Buy Now

3. Harry Chapin - Cat's In The Cradle

Cat's in the Cradle was written based on a poem by Harry Chapin's wife, Sandy, and tells the tale of a father who is too busy to be there for his son as he grows, and how the son eventually ends up just like him. From the 1974 album Verities & Balderdash, this was one of several of Chapin's hits before a car crash that took his life at the age of 38.

This song was also a 1992 cover hit for the rock band Ugly Kid Joe from their album America's Least Wanted.

"They headed down to, ooh, old El Paso / That's where they ran into a great big hassle / Billy Joe shot a man while robbing his castle / Bobbie Sue took the money and run."

This song, about Billy Joe and Bobby Sue and their robberies was a hit for the Steve Miller Band off of their 1976 album Fly Like An Eagle. Billy Joe and Bobby Sue stole some money and headed south with the law in hot pursuit. At one point, they split up to increase their chances of getting away. Will they escape? You will have to listen to the song and find out!

1. Janis Joplin - Me and Bobby McGee

Ranked at number 148 on Rolling Stone's 500 Greatest Songs of All Time list, Me and Bobby McGee was a posthumous number one for Janis Joplin. It was also written by Kris Kristofferson and Fred Foster and originally recorded by Roger Miller. It was included on the 1971 album Pearl, which was released a few months after Janis's death.

This song is about two lovers who share a lifetime of secrets in a very short time and then end up separated. She's pining for him, even though it was not to be and likely never will be again. It's sad that this song should be such a big hit after her death, but the song insures her immortality.