Trek, The Magazine For Star Trek Fans, they are now Priceless.

In 1976 when many of the folks my age at that time were out drinking or getting high, I was home reading my “Trek, The Magazine For Star Trek Fans”… goodness I am still happy I was a nerd. Since the publishers G. B. Love and Walter Irwin only printed two thousand copies of each issue of the bi-monthly magazine in the series they are now priceless. Actually the magazine ran more quarterly than bi-weekly but when it came in the mail I was ecstatic. As a teenager in the 1970s I remember my most exciting time of the month would be when my “Trek, The Magazine for Star Trek Fans” would arrive in the mail box. This was one of the hottest fan items in STAR TREK fandom, covering every aspect of the lives and adventures of Captain Kirk, Mr. Spock, Dr. McCoy, Uhura, Scotty, Chekov, Sulu, and the entire Star Ship Enterprise Universe.

The Back Cover of Trek #10 The Special Kirk Issue

Trek number ten was the special Kirk issue. This issue had a great little articles like why a Kirk? There was also Jim’s little black book, and a brief look at Kirk’s career. Other articles were about the recipe for a star-ship captain, and Bill Shatner acting critique. After the Trek roundtable was the psychology of Captain Kirk’s popularity, and Captain Kirk’s duties.

Trek, The Magazine For Star Trek Fans, are Priceless.

Trek #16, The Magazine for Star Trek Fans with Uhura Cover

In the 16th issue of Trek, The Magazine For Star Trek Fans, you had great articles on Vulcan as a Patriarchy, and More Star Trek mysteries are solved. Plus a Trek into Star Trek genealogy, the Trek roundtable and alternates universe in Star Trek. These fan club magazines kept you linked with the wonderful world of Star Trek and the fans that help it alive.

The Back Cover of Trek Number 16, A Young Kirk and Friend. .

Famous words from Trek ... As an outline by Gene Roddenberry, the character of Captain James T. Kirk was based on the myths of the old styled Earth sea captains; daring, slightly imperious, a hell raiser and a women chaser, and possessing enough autonomy to virtually rule whatever part of the world their ships traveled to. Over the course of the series, these attributes were toned down considerably causing Kirk to become a milder and more bland character as the series progressed; and of them all, only the womanizing was not given short shrift. After all, does not a professional sailor or spacer have a girl an every port?

In Trek number five you have some great features and articles planned for the Fan. To start off there is a detailed photo feature on George Pal’s classic film, “The war of the Worlds”. Plus Jim Van Hise’s long awaited Behind the Scenes of Star Trek. A look at Star Trek Fandom is the latest project in this issue from the pen of Janet Smith. The other half of the distaff duo Leslie Thompson presents her newest feature length What If? Plus never before published stills, information columns, Trek roundtable, and special surprises, was not this issue a fans dream come true coming in the mail box back in 1976.

G. B. Love, and Walter Irwin, Made it Special for Star Trek Fans.

Every new issue would be better than the one before and they would always go all out to make the new issue the best ever. Putting out so many issues they would use up an enormous amount of material. So they would need every contribution they could get, articles, features, artwork, research notes, photos, and even ideas for the above. The publishers G. B. Love and Walter Irwin were always upgrading the quality of the Star Trek fandom publications as a whole, and not just in Trek. They thought that it is almost imperative that they tell you about any magazine or publication which they felt most meet those high standards. When possible, they would obtain copies of these magazines for their readers to buy directly for them, with their assurance that they will be receiving their money’s worth. But their full energy was devoted to simply producing their magazine, and the effort involved in creating something unique and special for Star Trek fans.

Trek # 4 has a Great Article about Mr. Spock rise to a Superstar.

In the Trek number four the special Spock issue, it has a great article about Mr. Spock supporting cast to superstar. Then there is a great piece about Space 1999, and my favorite the Trek Roundtable. These is also a Spock scrapbook form the files of Janet Smith, and a nice piece about the Outer Limits by James Van Hise. James also wrote a good article about the New York Star Trek Con of 1976, and then in conclusion you have a Mr. Spock personal memoir by Leslie Thompson.

The Trek story began in 1964, Star Trek was just a dream of Gene Roddenberry

The Trek story began in 1964 when Star Trek was just a dream of producer Gene Roddenberry. He was a newly hired executive of the then faltering Desilu Studios. By June of 1964 Star Trek was beginning to become an obsession of Gene and her designed one of the most difficult pieces of creative science fiction ever to face a television studio. Gene was not only having to make real a spaceship with star fight abilities but make this ship fit into the American minds of the 1960s. This was one of the amazing things about this television series it was all new and very cutting edge socially, and technologically.

The Trek Roundtable, one of my favorite Sections

One of my favorite sections of the magazine was the “Trek Roundtable” it was where you get a chance to see some feedback for the readers. There are many fans out there were artist and writers and it was good to see what they wanted to see, and what concerns them. There were many fans that would write very interesting scripts and information about Star Trek and science fiction in general.

In Trek number Eight you would find wonderful articles about the prime directive, and Fan poll results. There was also a great piece called an Evening with Gene Roddenberry and a Roddenberry profile. The Trek Roundtable was in the middle of the magazine, followed by the fan of the Month. There was a wonderful article about the psychology of Mr. Spock, and the animated Star Trek series. At the end was a well written piece about Star Trek mysteries that are solved.

The Back Cover of Trek #8 The Magazine for Star Trek Fans.

The 1978 TREK The MAGAZINE for STAR TREK FANS SPECIAL #2

Inside Trek Number 14 are Great Articles.

Inside Trek number # 14 you have great articles on the women in the Federation, a piece titled 'The keys to Trekdom', and one that speculations on Spock's past. There is a good article on Star Trek who need it and why, and of course the "Trek Roundtable". There is also a great feature on ship to surface transportation, and one on subspace radio, and space warps.

There are Great Features in Trek Number Eleven

The number 11 issue of Trek has many great articles and features. One is about the "Movie"! and anther is "City vs. City" which is a critique of the script for "The City On the Edge of Forever". There is a great feature about "Kirk's Fair Damsel" and the forgotten television show "The Starlost". As always you have "Trek Roundtable" which was followed by an article called "Shortcuts Thru Space", and one of my favorite subjects is covered in the next piece call "The Fotonovels" which is about the Star Trek Fotonovels which were being released that year. In these huge issue you also have "Star Trek Needlepoint", "Kirk and Hornblower", Trekviews, and Trek Trivia.

Trek number Seven has many great articles, one is on the "Prime Directive", and another is titled Star Trek and me. There is a remarkable piece on Grace Lee Whitney and of course the Trek Roundtable. Then there is the part tow of Star Trek Comic Books, and a awesome article about the movie "The Thing" with excellent artwork. There is an interesting Trek Fan Poll, and Spock scrapbook, followed by inside Trek, Trek Trivia, and more Star Trek comics.

The back cover of Trek # 7, The Magazine for Star Trek Fans

In the third issue of Trek they had a pretty good lineup of articles and features for this issue, and they are very enjoyable. James Ban Hise who was the editor and publisher of the Rocket's Blast - Comic-collector returns in this issue was a great photo article on some of the Star Trek bloopers which never made it to the blooper reel. Also lovely Leslie Thompson returns with another of her speculative faction articles about the Romulans. Plus you have Janet Smith and TREK ROUND-TABLE and much more.

Trek number 3 was the last newspaper style format of the magazine, the new format began with the next issue number 4 and it featured a full color cover of a harder stock and high-quality paper and printing. Ti was a beautiful and permanent book that collectors wee proud to own. Tragically this made the Trek's 1, 2, and 3 very hard to find today because they are made of paper that is newspaper grade and they did not not hold up very long unless taken care very well in air tight plastic protectors.

Trek Number 3 was the Last of the Old Newspaper Print Format.

Trek, The Magazine for Star Trek Fans was made in Houston, Texas. 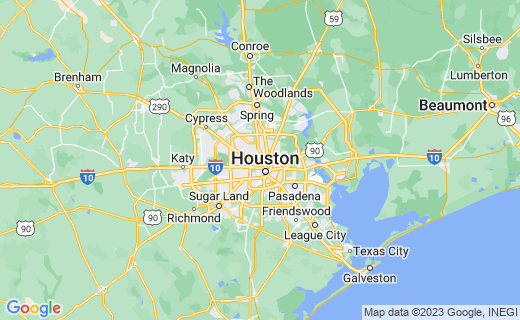