Nimesh De Silva has been an online blogger for about 5 years and in an avid music lover.

Twenty One Pilots released their second studio album 'Blurryface' in 2015 and it has been their most successful musical work yet. The album has sold closer to a million copies in US alone. It also has produced worldwide sensations such as "Stressed Out", which peaked at number two position on Billboard Hot 100 chart.

'Blurryface' album was released under 'Fueled By Ramen' record label.

"Ride" is the third single out from the above album and is climbing it's way up on the singles charts around the world.

The single follows the same unique style Twenty One Pilots have developed in the album. 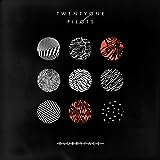 Lyrics Review of "Ride" by Twenty One Pilots

The first verse of “Ride” starts quite normally.

The Sun is the source of power and light in our world. The Sun is often used as a metaphor for good and purity and the opposite of darkness. That’s exactly what Twenty One Pilots mean in the first verse of “Ride.” The singer says he wants to stay out of the dark times of his life. He only wants to have peaceful and happy times. It’s hard though, he understands that, and hence the repetition of the tense “it’s hard sometimes.”

He wants to enjoy the radiating bliss of the sun’s light. In the music video, the environment goes black during these lines of the song.

Although he is trying to focus on the positives of life, he often thinks about the end-the death or the end of the success as a musician. It’s only fun to fantasize, when the time comes we are all equally afraid. Some live in fear of the end, where it’s just the beginning of another chapter.

The singer says he wouldn’t wish his life on his worst enemies. Is it that bad? Notice that the sentence is used in past tense. So it could be referring to his life before all the fame and fortune from music.

The chorus of “Ride” tells us the singers wish. The singer thinks his demise or the end is closing by (“I’m falling”). We do not know why he thinks it’s nearing the end for him, but he sure seems to believe so. If that is the case, it’s no fault of him to enjoy the last ride. Twenty One Pilots is at the zenith of musical success at this point and should there be a downfall in that, they seem to be pretty well prepared for the harsh realities.

So many say that they would die for you. But in a real life situation, how many would actually even lend a helping hand for you? Words are easy to throw around. Acting upon your words is difficult.

‘Room’ is a reference to the Twenty One Pilots fan base. Tyler Joseph made the same reference in “Heathens” track. When we get into small groups-tightly knit with some common interests-we tend to say things like above. But the truth is, nobody would take a bullet for you. But the singer can see so many bullets (negativity) coming through. How would that be possible if there were so many people to take a bullet for you?

We often like to boast about ourselves. We think we can accomplish anything. But given a real scenario, we often back down, not knowing what to do.
In my opinion, this is a really discriminative way of seeing about one’s self. Tyler Joseph is really bringing out a depressive tonality into “Ride.”

“I’d die for you” has become such a cliché thing to say. “I’d live for you” is the real deal though. It’s tough to say and it’s tougher to do. Dying is the easy way out. Living is the difficult and noble route. The singer says it’s harder to say “I’d live for you” and even harder it gets if you don’t mean it. And when you have all this realization, it becomes so hard to even compose a song on that.

Home is where there is love. There are people who actually cares about you. ‘Back home’ is a reference to when Twenty One Pilots were out on tours and concerts around the country. The loved ones actually made and attempt to understand his issues and empathize with him. But you don’t have time for them. Instead you waste your time on drugs, booze and loose women-the shortcuts to illusions of happiness.

All these questions they’re for real
Like who would you live for? Who would you die for?
And would you ever kill?

After a second run of the chorus, an even down beating ending to the song follows;

Too much of anything is just too much. There should be a limit for everything. Too much of thinking would probably be the worst thing that you can do to yourself. Even booze would be a better option (DO NOT CONSUME ALCOHOL-IT WILL KILL YOU). “Ride” eventually turns out to an depressing cry for help by the band.

Inside of a lot of teenagers these days are the same thoughts reflected in “Ride” track. Some just swallow it well and others end up killing themselves or going on shooting sprees. Either way, it comes to an ugly ending.

The best part is “Ride” gives the solution to all these issues as well. The solution is back at home-where there were people who were willing to talk with you. I think you should take up on that offer.

That ends my breakdown of the lyrics of "Ride" by Twenty One Pilots.

What do you think? Do the lyrics speak to you in the same sense that it did for me? Comment your ideas and interpretations about the song below.