Michigan Rock and Roll in Summer

Summer In the City

It was just like summers of the 1970s and 1960s! -- Rock music, food, and games in an outdoor concert venue. People were dancing in the grass and singing along with their favorite bands.

When I listened to Mitch Ryder and the Detroit Wheels on television and radio, I never dreamed of happily attending one of their concerts - they were too far away, I was much too young, and my parents preferred Lawrence Welk. In fact, until 2004, the only pop or rock concert I'd ever attended was Simon and Garfunkel, which was an awesome experience, and a Young People's Concert by the engaging Leonard Bernstein, also unforgettable.

Then I discovered WHNN-FM radio in Mid-Michigan.

Oldies 96 , as the station is called, plays pop and rock standards from the 1960s to the 1990s, with some 1950s songs thrown in, peppering the mix with some metal here and there. Traveling north to Michigan, I found that I could pick up the station at Ann Arbor. On the Internet, we can listen to broadcasts live online and I may even purchase a shortwave radio so I can hear the station more often. We have oldies stations in my city, but their playlists are not as varied. Nor do they sponsor Music Festivals like the one I first attended in Frankenmuth in 2004.

The 2004 concert was fun and surprising on a hot June Saturday. Not only were Baby Boomers present in huge numbers, but older senior citizens were having a grand time dancing on the grass to the music of CEYX and nationally known groups. Teenagers were dancing as well - so were the tiny tots. A gigantic beach ball appeared and was bounced up and down the rows of spectators, just as we've seen in films and on TV when the 1960s are portrayed.

A big surprise was seeing a number of State Police patrolling up and down the aisles of lawn chairs and folding chairs - keeping a lookout for drugs and drug paraphernalia! I had not expected that, but there were no drug related incidents that day, no violent outbursts, and no no open alcohol containers. Everyone was having a good time, remembering times past and introducing younger generations to musical pioneers and various rock, pop, and tribute bands.

The Oldies Palooza ran for nine years from 2000 through 2008. Attendance began to decline after 2005 and by 2007, the City Council reported that the crowd had reduced to a total of 5,000 people, the second lowest turnout for Frankenmuth events that year (reference: Frankenmuth Recreation Plan, 2008 - 2012). The event called Bringing Back the 80's was the worst-attended event in Frankenmuth that year, with only 2,500 spectators in 2007.

Guest performers also became harder to book for the concert, many "oldies" bands having disbanded or suffered too many recent deaths to appear. Although the Palooza has not been held at Memorial Park in Frankenmuth since 2008, the great party band CEYX ('cease") that played there continues to grace the city in the Zehnder's SnowFest at the end of January each year.

The Oldies Palooza always brought WHNN-FM morning hosts Johnnie Burke and Blondie to the event, where they MC'd, broadcast, and gave away prizes. In 2008, some of the prizes changed to plastic surgery packages, indicating the age of the crowds. It was rather strange to see Blondie and Johnnie modeling plastic surgery results, but they looked very good. Food concessions covered a wide range of treats and meals, with specialties for the kids, and there was plenty of bottled water for folks to stay hydrated. Tents were set up with information about local businesses. Porta Potties? - There must have been a row of 100 units! The Palooza also offered event T-shirts for the first 7 years of concerts. The famous guest bands always signed T-shirts and photos for the crowd. It was all a lot of fun for the 6 years I was fortunate to attend and I miss it.

CEYX has been performing since 1971 as a party band and has expanded its business. The band offers performers and entertainment services of many kinds through its company, according to their website in the links below. They were always one of the best performance groups on the agenda at Oldies Palooza, opening each concert.

Mitch Ryder and the Detroit Wheels

Credit For Videos Above 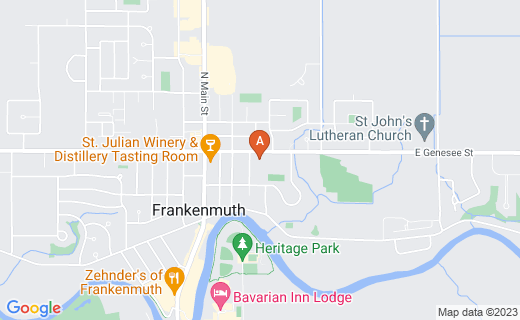 Another Oldies Concert, with New Bands, Too

Although the Oldies Palooza is no longer an event in Mid-Michigan, the city of Chesaning Parks and Recreation has expanded its outdoor concert venue over recent years to 6,000 seats at the Chesanning Show Boat Park on the Shiawassee River.

Oldies groups and newer artists both perform at the Show Boat, bringing families with members of all ages to the concerts. In addition, the site is home of auto shows and several family friendly events throughout warmer months of the year. The Show Boat is the place to go now, since the Palooza in Frankenmuth is no more. 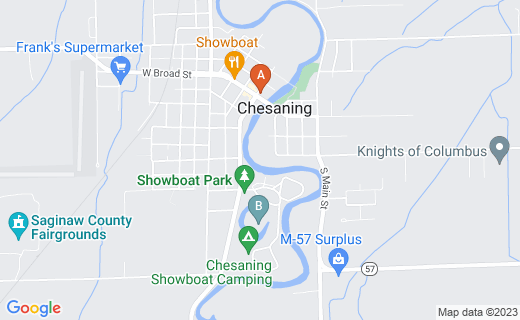