Old Enough To Know Better (But Still Too Young To Care)

I Was Shocked To Recently Find This Out...

Wade Hayes is a country music singer, songwriter, and an extraordinary musician. He is also the son of Don Hayes, a honky-tonk singer and musician. He had a string of country music hits in the mid 1990s, including "Old Enough To Know Better" (but still too young to care), and "What I Really Meant To Say," "Don't Stop," "I'm Still Dancin' With You," and "On A Good Night."

He has a wonderfully emotive baritone vocal style along with exceptional guitar playing ability that can easily rival the guitar playing of Brad Paisley and Glen Campbell. He has a unique ability similar to that of George Jones, he can make one syllable seem to stretch out much longer than it usually would.

Shortly after his first album came out, my husband and I were lucky enough to meet Wade Hayes at a combination restaurant and country music club in Maryland. The local radio station had a contest, and we won dinner at the restaurant along with a meet-and-greet with Wade Hayes. I was excited beyond belief. He is one of the first country music singers I had ever met.

When we met him, he seemed to me to be about 10 feet tall (really only 6' 2", but I swear those cowboy boots add a couple or ten inches!) He was unfailingly polite, sweet, charming, and talked with a soft and kind voice and he had the most AMAZING dimples I think I have ever seen. He was a terrific guy to meet and he gave my husband and I a wonderful first meet and greet memory.

We were getting ready to have our photo taken with him (I know that photo is in a box back in Wisconsin with a lot of our other old photos. We left a lot of our household stuff there when we moved to Nevada. When I find it I'll put it on here). Now, where was I? Oh yeah, we were about to have our picture taken with Wade when I went to put my arm around his back and got my finger STUCK in his belt loop! Luckily I wiggled it out of there, hopefully without him ever knowing what had happened. That kind of thing can ONLY happen to me, I tell ya!

Telling that story to my girlfriends over the years has been so much fun, and led to them teasing me about how I had BETTER not let that happen if I was ever able to meet Alan Jackson. (As it turned out, years later, I finally DID meet Alan and nothing remotely like that happened. Nope, I gave him a kiss on the cheek instead!) How the heck I was ever brave enough to do THAT I will never know, but sometimes you do things you don't ever think you could do, especially when you KNOW that you probably won't EVER get that opportunity again!

Meeting Wade Hayes was one of the sweetest memories that has stayed in my heart for over fifteen years now. I was shocked and devastated to find out recently that Wade was diagnosed in November of 2011 with stage IV Colon cancer. After surgery to remove over 20 inches of his intestine, along with 3/4 of his liver, and after a very long round of chemotherapy, he is now considered to be cancer free. I can only hope and pray that he beats the odds and continues to do well.

Wade is only 43 years old, born in April of 1969 in Bethel Acres, Oklahoma. He developed an interest in music due to his Dad being in the business, and went into the business himself in the early 1990s after seeing an Opry appearance by Ricky Skaggs. He released several albums that did well, and was nominated in 1995 for a CMA Top New Male Vocalist Of The Year award.

Wade was married for four years, from 1999 to 2003, to Danni Boatwright. Danni is a pageant winner and model from Kansas who appeared on and won one million dollars in 2005 on the television show "Survivor." She also made an appearance in Wade's video for the song "Tore Up From The Floor Up," which was, incidentally, where they first met.

As with many talented artists, other albums that followed didn't do quite as well as the first few did and Wade eventually ended up without a record deal. He took a nine year hiatus and in that time teamed up with Alan Jackson's fiddle player, Mark McClurg, to form a duo known as McHayes. They recorded one album that was not released, and Mark went back to playing fiddle for Alan Jackson, while Wade went on to play guitar and sing with Randy Owen from Alabama on Randy's tour.

And then he started experiencing pain and went to see a doctor. When they found a tumor the size of a fist in his intestine and also found out that the cancer had spread to his liver. For someone this young, and in very good physical shape, a diagnosis like this was very unexpected.

Wade talked about when he first received the news how some of his first thoughts were about things that he still had left to do, relationships that he wanted to work on and things that needed to be mended. He found himself asking whether he really wanted to see his maker with these things on his heart and said that this experience has made him a better person. He found out that it is so important to tell the people you love that you love them and don't take anything for granted. Important life lessons for us all.

You Find Out Who Your Friends Are...

Tracy Lawrence had a song in 2007 called "Find Out Who Your Friends Are." In the song there are situations like running out of money and being stranded in the middle of nowhere due to car trouble. I remember the video, it featured George Jones, Darryl Worley, and a very funny appearance by Larry The Cable Guy, with George Jone's wife Nancy throwing water on him.

In Wade Hayes' case, he soon found out that he had friends he didn't even know he had. When he was hospitalized, Jay DeMarcus from Rascal Flatts arranged a private hospital room for Wade. Kix Brooks helped Wade to find some of the best oncology doctors in Nashville. He even received a phone call from Hawaii from Willie Nelson wishing him well. And he was amazed to receive a call from Rick Sutcliffe, famous Chicago Cubs pitcher.

He had said that he wasn't even sure before all of this happened that these people even knew who he was. He was amazed and very touched by the outpouring of love he received from fellow musicians as well as from his fans and others that reached out to him to wish him well.

Now considered to be cancer free, Wade recently did a benefit concert in March called "Stars Go Blue" to raise awareness for Colon cancer, the third leading cancer experienced by both men and women. He is also telling people to go and be tested. The test is something that many people put off out of fear or out of embarrassment, fear of being uncomfortable or for whatever reason, but it is so important to have a Colonoscopy. Often, there will be no symptoms in the case of colon cancer and a person is not even aware they have this. If it is caught early, it can often be stopped before it spreads to other areas of the body.

Wade is looking forward to getting back on the road with Randy Owen and to performing some shows again on his own. Before his experience with colon cancer happened, he had some songs he had written that his producer Don Cook really liked. The two of them had decided to create another album and see where it goes. Wade said that this experience put him behind on this project, but he is planning to resume once he feels well enough.

He is hoping that his experience will help others, and that it will spread the message to get tested. The short and not really that uncomfortable time prior to having a Colonoscopy is nothing compared to the experience of having cancer, and especially of having cancer that has spread to other areas.

I had a Colonoscopy test last Fall for the first time, and I can honestly say, it was not bad at all. It was over before I knew it, and I went home and had lunch and a nap and was completely over it in no time. It was so worth having it done, that I won't have any hesitation about having it done in the future whenever it's recommended. 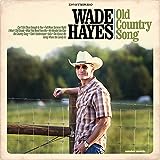