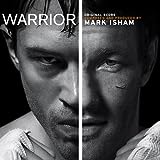 The Warrior soundtrack is filled with a character that personifies the drive, the turmoil, the energy and the emotion of the characters and themes of the film. The Warrior movie (2011) itself hits the mark as a sports underdog film, but it is a lot more than that. Powerful acting performances and weighty themes raise Warrior from being a good sports movie to be being a great film. The Warrior score plays a big part in that. It subtly, for the most parts, compliments the acting on the screen and demonstrates the inner turmoil of the characters. The Warrior movie soundtrack was composed by Mark Isham. Isham had previously worked with Warrior director Gavin O'Connor on another sporting movie, Miracle in 2004. Miracle was a Walt Disney movie about the victorious U.S. hockey team at the 1980 Winter Olympics.

Warrior follows the path of two estranged brothers as they embark on a collision course that sees them both fight their way through a best of the best mixed martial arts tournament called Sparta. One brother, Brendan played by Joel Edgerton, fights to keep his family home. The other brother, Tommy played by Tom Hardy, fights for the family of his late comrade. After so many years apart, the only thing the two brothers have in common is their anger at the formerly abusive and alcoholic father, Paddy played by Nick Nolte. Paddy was the reason the brothers were originally forced apart, as Tommy fled with his late mother, and Brendan stayed to be with his future wife Tess. Check out the Warrior Movie hub for more information, review and analysis about Warrior. 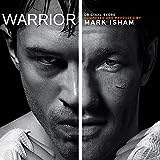 Listen To The Beethoven
Buy Now

“The score for Warrior has an extremely wide dynamic and dramatic range; perhaps more than any other score I’ve composed.” – Mark Isham (Warrior Movie Soundtrack Composer)

The score on the Warrior Soundtrack 2011 varies from sweepingly majestic, to powerful pulsation and haunting arcs. Isham uses stringed instruments heavily, with Guitars being quite prominent. Percussion, synths, brass and other instruments are also used. Track one, ‘Listen To The Beethoven’ is a masterpiece that interweaves Ludwig Van's 9th symphony with both the harrow and majesty of the film.

The titles of the tracks take their name from their place in the Warrior film, such as ‘Listen To The Beethoven’, ‘Paddy & Tommy’, ‘I Can't Watch You Fight’ and ‘Brendan & Tommy’. The tracks are distinct, just like that moment in the movie. Track lengths vary from 1:33 for ‘The Devil You Know’ and nine minutes for the powerful ‘Sparta - Night One’. It has a combined length of just over 54 minutes.

Listening to the Warrior movie soundtrack after seeing Warrior will transport you back to the film and also give you a greater appreciation for the importance music actually played in the movie. It is available on both CD and as a digital download as an album or as singles. The final track, ‘About Today’ by The National, is only available to purchase as part of the complete album.

The last track, The National's 'About Today' is an album only track. 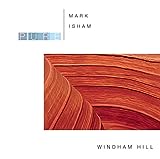 Mark Isham is an American musician in his sixties who has been in the music industry for nearly forty years. He is an accomplished film composer as well as trumpeter and synthesist. He has made contributions to over 100 film soundtracks beginning with Never Cry Wolf in 1983. His music has appeared in films such as Made in America (1993), Blade (1998), Varsity Blues (1999), Men of Honor (2000), The Majestic (2001), Crash (2004), Invincible (2006), Lions for Lambs (2007) and Reservation Road (2007). He is currently the composer for the TV show Once Upon a Time.

For his work on the Warrior soundtrack, Mark Isham was inspired by MMA’s meteoric rise as a sport. Knowing the mythical esteem that yesteryear boxing legends and moments are held in, he was intrigued by the thought of what current MMA fighters and moments would be held in that regard by future generations.

What did you think of the soundtrack for Warrior?

Missed something about the Warrior Soundtrack? Click the links below to go back and read a section...

Leave a comment about the Warrior Soundtrack, or better yet - write a hub of your own!