The newest remake of the Talbot family.

"Even a man who is pure of heart and says his prayers by night, may become a werewolf when the wolf bane blooms and the moon is bright". The creepiest poem of them all, tells a story that will live on forever! Since 1935, werewolves have ripped through Hollywood striking terror into the hearts of many. This Halloween, watch the best of these tragic stories.

Here are my favorite werewolf movies. I recommend them highly for the following reasons. But first, I will say that if Scream of the Wolf with Peter Graves, Clint Walker and Barbara Rush was technically a werewolf movie, it would have made this list.

Also, Underworld, Prince Caspian,Harry Potter and the prisoner of Azkaban, and several others were great movies that had werewolves in them but were not actually werewolf movies. i am sure to catch the wrath of many a wolf for leaving them off!

I hated to leave out-An American Werewolf in Paris. The story could have been developed better, but the graphics, action, and comedy saved this must see! -Silver Bullet with Gary Busey deserves a mention.

A history of the beast

A surprise awaits all who watch! 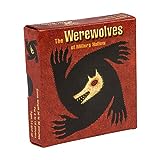 Check this out if you have the...guts! 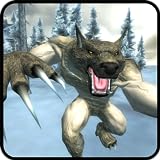 13. Silver Bullet- Yes Gary Busey did one of these too!

12. Ginger Snaps, The Beginning- All stories have a beginning, and this one is creepy, intriguing and mysterious!

11. The Company of Wolves- 1984- An spin on an old fairy tale. The acting and story were both very good. The transformations were bizarre but cool!

One of Hollywood's best!

10. Brotherhood of the Wolf- 2001 - An ancient story about a mysterious evil that lurks in a remote part of a kingdom. The king sends two of his most trusted to investigate a serious of deaths. of course there is more to the situation than meets the eye!

9. The Howling part 5. This had a low budget and no cast but, the suspense and plot were awesome.

8. Dog soldiers- Set in Scotland,this movie was filled with action and surprises.

7. Ginger Snaps- This gave the old saying"blood is thicker than water" a whole new meaning! Two sisters have their lives completely transformed one night after one of them is attacked. The end will reveal which one is in more trouble.

6.Curse of the Werewolf. Oliver Reed was a brute in this one. It was compelling, and like all Hammer productions, unique.

5. Frankenstein meets the Wolf man. Lon Chaney is brilliant and it has a great story line.

4.Werewolf of London. Action and suspense...need I say more. It inspired both Warren Zevon and I.

3.The Howling. The original is still the scariest. Great acting, and suspense. It will make you jump at least once.

2.An American Werewolf in London,. This classic contained the best transformation ever seen in the movies, and the comedy was crazy, and off the charts! .

1. The Wolf Man 1941. Lon Chaney Jr., Claude Rains, and Bela Lugosi star in this all around classic.I loved everything about this movie!

Enjoy, and don't watch these alone.

The first Howling is a must see!

Please read these too!