What Are Shakespeare's Problem Plays?

What Is A Problem Play?

The term 'problem play' usually refers to a type of drama which developed during the late 1800s. Problem plays examine the social issues which are of concern at the time the play is written. Usually different sides of a social debate are brought to life through the discussions of the characters on stage.

Towards the end of the 19th century, playwrights such as Henrik Ibsen wrote problem plays which contained themes such as the role of women within society. This thorny issue was dealt with in plays such as The Doll's House.

In recent years the term problem play has been used more widely to describe dramas which do not fit neatly into the category of comedy or tragedy, classifications which have been in use since antiquity. 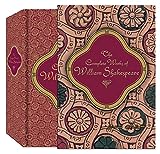 When the First Folio of Shakespeare's work was published in 1623, seven years after the playwright's death, it was given the title 'Mr William Shakespeare's Comedies, Histories and Tragedies'. The thirty-six plays contained within the collection were categorised by colleagues of Shakespeare as either comedy, tragedy or history. These three classifications are still widely used today, but many scholars who have studied the plays have argued that many of Shakespeare's works do not fit well into one category or another.

in 1896, a literary critic named Frederick Boas described several of Shakespeare's plays as problem plays. Although almost all of Shakespeare's plays contain elements of both tragedy and comedy, Boas listed three which he felt were better classified as problem plays. This is partly because they deal with social issues and partly because they are difficult to categorise. These three plays, which are also sometimes referred to as 'dark comedies' are All's Well That Ends Well, Measure for Measure and Troilus and Cressida.

This play deals with issues such as a character marrying above their status, the whole concept of marriage and ideas about fidelity which are concerns which were relevant in the society of Shakespeare's day. In the First Folio, the play is listed as a comedy as it contains some of the typical features of Shakespearean comedy and it ends with a marriage. At the end of the play, the heroine Helena marries Bertram, the man she desires. The ending, however, may not be as happy as first appears. Although Helena gets her man, he is not a likeable character and the audience may be left wondering whether she is actually letting herself in for a lifetime of misery. This is why Boas and other scholars classify All's Well That Ends Well as a problem play.

In Measure for Measure there are questions raised about what constitutes a marriage as two of the main characters, Juliet and Claudio are married, but for a technicality. A judge named Angelo, who is asked to oversee things for the Duke of Vienna while he's away imprisons Claudio for fornication, despite the fact that he and Juliet are living as man and wife. This question of whether a marriage is valid is a contentious issue even today. Another reason that Measure for Measure is classified as a problem play is that the ending where the Duke says he will marry the character Isabella seems to be happy which would make it a comedy. However, Isabella doesn't respond to this and therefore it may be that she does not want to marry him. The ambiguity of the ending means that the play does not necessarily fit the comedy genre.

Set during the Trojan war, Troilus and Cressida is the tragic tale of lovers torn apart. The main themes of the play are bleak and it ends with the death of Trojan hero, Hector. The audience also knows at the end that the relationship between Troilus and Cressida has been damaged beyond repair. It may seem, therefore, to fit neatly into the genre of tragedy but there are also several scenes of raunchy comedy. As the play flits between tragic and comic elements, it cannot be strictly classified as a tragedy and therefore it is a problem.

Since Boas first described three of Shakespeare's works as problem plays, scholars have listed three others which they believe would fall into this category. These are The Merchant of Venice, Winter's Tale which are both classified as comedies in the First Folio and Timon of Athens which is listed as a tragedy.

Although The Merchant of Venice has a happy ending for several of the main characters, there are questions raised in the play about religion and in particular the treatment of the Jew, Shylock, who is forced to convert to Christianity at the end of the play. Likewise, The Winter's Tale has many moments of comedy, including some lewdness, there are darker moments including the death of the young son of Leontes, King of Sicilia. Timon of Athens is widely regarded as one of Shakespeare's most confusing plays and there have been suggestions that its disjointed nature suggests that it is the work of two different authors. As a result of the questions it raises, it is regarded as a problem play.