What Makes a Good Play?

Actors tend to focus on their characters, forgetting that the role is just one part of a whole play. Even the best actors cannot overcome a badly written play. But what makes a good play? It’s important to know this because the play is the actor’s home. It should be built on a firm foundation of action.

Classifications are not absolute, but they help us approach the work. Plays can be classified by length; for example there are full-length, one-act and ten-minute plays. The duration of a full-length play is about the amount of time between meals. That’s as long we can all sit still and pay attention.

Plays can also be classified by genre. It is important to understand the genres, and it is equally important to know that most playwrights don’t want their work classified so concretely. Shakespeare parodies the habit of dividing plays into genres in Hamlet when Polonius describes a company of players as “the best actors in the world, either for tragedy, comedy, history, pastoral, pastoral-comical, historical-pastoral, tragical-historical, tragical-comical-historical-pastoral, scene individable, or poem unlimited.” Shakespeare was winking at those who needed to label his plays, which included aspects of many genres. Still, for the actor, it can be helpful to know whether you are in a comedy or a tragedy, especially if you are the comic relief!

Aristotle, a Greek philosopher and father of dramatic criticism, considered comedy and tragedy as separate art forms. He defined both in a short publication called

Poetics. Most of the portion on comedy has been lost, but we are lucky enough to have the principles of tragedy. These rules are gathered from some successful, early plays which shared common principles. That is not to say that a writer can’t stray from these rules and create a very successful play, but she can’t stray from rules unless she actually knows them.

If you are an actor, it will help you to be familiar with these principles to judge a new play you may be considering. If you want more detail about the elements, pick up a copy from your library or go to Barbara McManus’ “Outline of Aristotle’s Theory of Tragedy in the Poetics.” Here's just a short summary of that:

Plot – the first principle of tragedy. It is the arrangement of incidents or structure of the play. It should have a beginning, middle and an end. It should be a cause and effect chain of events that resolve in the span of the play. There should be a unity of action, meaning it should be self-contained and shouldn’t hinge on coincidence. It should be of a certain magnitude and have universal significance. If it is a simple plot, the main character will have a change of fortune. A complex plot is even better, where the character produces an effect opposite to what he intended and gains knowledge in that change of fortune.

Character is the second principle of a great tragedy. The main character should be of great stature - renowned and prosperous, true to life, yet more ideal. The protagonist, though, has a tragic flaw. He lacks certain knowledge, which brings about his downfall.

Theme (or Thought) is the third principle. The play should prove something is or is not true, and provide a general maxim. Any speeches should reveal character, though, not state the theme outright, otherwise it may become preachy.

Diction (or Language) is the expression of meaning in words. The words should be appropriate to the plot, characters, and purpose of the tragedy. Here, Aristotle discusses metaphors: “But the greatest thing by far is to have a command of metaphor; . . . it is the mark of genius, for to make good metaphors implies an eye for resemblances.”

Melody (or Music) refers to the musical and poetic elements of the Chorus. This doesn’t really have anything to do with a chorus in a musical, since the form hadn’t been invented yet, rather it refers to the choral odes performed by the group of actors who made up the Greek chorus. It is interesting though, that the same can be said of the songs in a good musical: they should also advance and be integral to the plot.

Spectacle (or Production Value) is the final element and is included mostly because Aristotle knew the audience is moved by the look and sound of what is being presented. Though it doesn’t have much to do with the literature of the play, the playwright can make suggestions to the designers so they can follow the playwrights intended look and feel of the play, all leading to the arousal of pity and fear in the audience.

These principles should taught to anyone who wants to write a play, a film or even a television show. Whether you are an actor, director, producer, playwright or even an audience member, being familiar with these elements will give you the language to express why you think something is good (or not so good!) 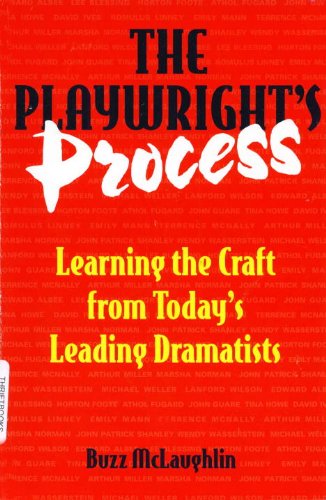