What is Bob Dylan's Shelter from the Storm about?

I have been listening to Bob Dylan a lot lately. He is not really of my time. Many of his songs were actually written before I was born so I am definitely not an expert. But there is something magical about his music. One of my favorite songs is “Shelter from the Storm” from Dylan's 1975 Blood on the Tracks album. To me, the song seems to have a calming or comforting affect. I began to wonder what the song was about. 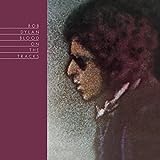 Blood on the Tracks
Buy Now

I’ve researched the song and what Dylan said about it. He did not seem to say much about the song. However, many people have interpreted the song. One interpretation is that he wrote this song while he was going through his divorce with Sara Dylan. However, in a March 1985 interview with Bill Flannigan, Dylan said “I've read that that album had to do with my divorce. Well, I didn't get divorced till four years after that.” Of course, while Dylan said the song was not about his divorce it could definitely be about his relationship with his wife. The line "Come in," she said,"I'll give you shelter from the storm" is repeated in every stanza of the song. This has been interpreted as Sara protecting Bob from fame and the outside world. Another line from the song is, “Now there's a wall between us, somethin' there's been lost, I took too much for granted, got my signals crossed. Just to think that it all began on a long-forgotten morn.” This sounds like a possible point in almost any relationship when couples don’t appreciate each other or miscommunicate or both.

Bob Dylan: All the Songs - the Story Behind Every Track
Buy Now

Vietnam lasted from 1955 - 1975. While Mr. Dylan has been quoted in saying he has only written one politicial song and this is not it, this song could really still be about Vietnam. A song can be written about a topic without having a politicial viewpoint.

The lyric: "Twas in another lifetime, one of toil and blood" could be dealing with a soldier thinking back on his past war days that were hard and bloody.

The next line is "When blackness was a virtue and the road was full of mud" could be related to fighting under the cover of darkness. And of course, there was a lot of rain, dirt roads, and mud in Vietnam.'

The most important, reiterated line is "Come in, she said, I'll give you shelter from the storm" could be the soldier thinking about his love and gaining comfort in those thoughts.

In the late 1970s Dylan converted to Christianity. And, to me, it seems like there is a godly presence in this song. Since the song repeatedly says "Come in, she said, I'll give you, shelter from the storm," I personally like to think of this as the holy spirit. I don't know if the holy spirit is talking to Dylan or maybe even to Jesus. There are a couple lines that seem like Dylan is talking about Jesus. He sings: "Suddenly I turned around and she was standin' there with silver bracelets on her wrists and flowers in her hair.She walked up to me so gracefully and took my crown of thorns. Come in, she said, I'll give you shelter from the storm." Grace is a word that is often related to the Holy Spirit and crown of thorns is often related to Jesus.

In his 1985 interview with Bill Flanagan, Dylan said “Well, songs are just thoughts. For the moment they stop time. Songs are supposed to be heroic enough to give the illusion of stopping time. With just that thought. To hear a song is to hear someone's thought, no matter what they're describing. If you see something and you think it's important enough to describe, then that's your thought. You only think one thought at a time, so what you come up with is really what you're given. When you sit around and *imagine* things to do and to write and to think - that's fantasy. I've never been much into that. Anybody can fantasize. Little kids can, old people can, everybody's got the right to their own fantasies. But that's all they are. Fantasies. They're not *dreams*. A dream has more substance to it than a fantasy. Because fantasies are usually based on nothing, they're based on what's thrown into your imagination. But I usually have to have proof that something exists before I even want to bother to deal with it at all. It must exist, it must have happened, or the possibility of it happening must have some meaning for me.

I'm not going to write a fantasy song. Even a song like "Mr. Tambourine Man" really isn't a fantasy. There's substance to the dream. Because you've seen it, you know? In order to have a dream, there's something in front of you. You have to have seen something or have heard something for you to dream it. It becomes *your* dream then. Whereas a fantasy is just your imagination wandering around. I don't really look at my stuff like that. It's happened, it's been said, I've heard it: I have proof of it. I'm a messenger. I get it. It comes to me so I give it back in my particular style…It does have a literal reality. I don't think it could stand up if it didn't. Because other people can identify with it, and they know if it's true or not. ”

After reading Dylan's interview I feel certain that the song is about something and not just a made up story but that is all I've got. I still haven't figured out what Shelter from the Storm is really about. Dylan doesn't seem to be saying so we'll probably never know. But, I still love it and I'm still curious. What do you think?