What Happened to Metallica's Jason Newsted?

Except for the biggest heavy metal nerds (and this isn't a bad thing), most metal fans had never heard of former Flotsam and Jetsam bassist Jason Newsted before he was hired in 1986 to replace Metallica's Cliff Burton after the bass player's tragic death.

After fourteen years and several albums - including two of Metallica's biggest ever (And Justice for All as well as what is affectionately known as the black album), Metallica's announcement that Newsted was leaving the band came as a shock to many metal fans.

According to different sources, Newsted either left Metallica in 2001 because of physical injuries, or because James Hetfield did not want to allow him to form a side band. Regardless, many people didn't understand that Newsted would simply walk away from one of the biggest bands on the planet.

But... walk away he did. And, by all accounts, he has never regretted his decision to leave.

So. Where has he been for all of these years? 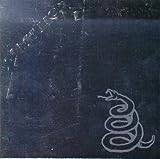 Immediately following his departure from Metallica, Newsted went to work on his side project, a band called Echobrain, which he had formed the year before.

Echobrain was a band comprised of Newsted, Brian Sagrafena and Dylan Donkin, two friends who brought their demo records to Newsted, who liked them and decided he wanted to be a part of the group. He has gone on the record to say that he funded this project with his personal finances.

Echobrain released its first record, Echobrain, in 2002. The album featured guest guitar work by Newsted's Metallica band mate Kirk Hammet, as well as Faith No More's former guitarist Jim Martin. The music was more alternative rock and roll than metal, and had a lot of Metallica fans scratching their heads. Some called it pop-metal, and likened the band more to The Beatles than Metallica. The album was followed by a fairly successful small-venue tour.

Realizing that he would have to continue personally funding the band, and after a mess of a lawsuit from a Texas-based band called Echo Drain claiming copyright infringement (the lawsuit was eventually dismissed), Newsted parted ways with the band and went on to fill in as Ozzy Osbourne's touring bass player for the Ozzfest 2003 tour. Ironically, Newsted replaced Robert Trujillo on the Ozzfest tour. Trujillo was Newsted's replacement in Metallica.

Since Echobrain, Newsted has been involved in a number of projects, including the metal band Voivod. For his participation in the band, Newsted used his alias Jasonic, which is also the name of his music publishing company. With Voivod, Newsted has released the albums Katorz (2006) and Infiniti (2009).

Newsted was also involved in the 2006 CBS reality singing competition, Rock Star Supernova. The show auditioned singers with the winner earning a place in the band. The other superstar members were Gilby Clarke, former Guns N Roses guitarist, and Tommy Lee of Mötley Crüe and Methods of Mayhem. The show was hosted by former Jane's Addiction guitarist, Dave Navarro. Lukas Rossi won the competition and made a record with the band, called Rock Star Supernova and the band went on a limited tour to support the project. When on tour with Rock Star Supernova, Newsted suffered a severe shoulder injury, which required surgery and a long recovery process. His place in the touring band was filled by former Black Crowes bass player Johnny Colt.

While healing from his injury, Newsted began working on artwork in the form of painting and had a successful gallery showing in San Francisco in 2010.

In 2009, Metallica was inducted into the Rock and Roll Hall of Fame. Newsted was with the band for their induction and even played with them onstage, along with current bassist Robert Trujillo.

In 2010, with several other high profile musicians, Newsted participated in another super group called WhoCares. This lineup looks like a who's who of the metal world! Ian Gillan and Jon Lord from Deep Purple, Nicko McBrain from Iron Maiden, Tony Iommi from Black Sabbath and Mikko Lindström formerly of HIM round out the lineup, and the group has released one 'maxi' single. The song is called Out of My Mind and was written and released as a charity single to help rebuild a school in Gyumari, Armenia. 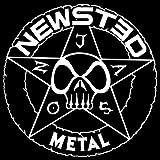 So. Where Is Jason Newsted Now?

In June of 2012, WhoCares will release full album with the 2010 lineup. Newsted is still involved with Voivod and is still working on his painting.

This past spring, Newsted was a part of the 'Titans of Rock' event of outside venues, which toured South America. Titans of Rock included some current and former members of KISS, Black Sabbath, Guns N Roses, Skid Row, Def Leppard and Velvet Revolver, among others.

In October of 2012, he will also be participating in this year's Rock and Roll Fantasy Camp in Las Vegas, where rock stars from across the charts give up their knowledge to help others travel the same paths. Gene Simmons of KISS, Vince Neil of Mötley Crüe and Zakk Wylde of Black Label Society will also be giving away their tips and tricks at the star studded event.

Since 2004, Newsted has been involved in a charity called Little Kids Rock, which supports music in for disadvantaged school students. The non-profit organization brings popular instruments to schools and helps kids learn to play them. Other stars involved with the project include Bonnie Raitt, Lady Gaga and BB King. Little Kids Rock also provides music lessons to the general public, free of charge. Please see LittleKidsRock.org for more info.

In January of 2013, with Jesus Mendez Jr on drums and Jessie Farnsworth on guitar, the new band Newsted released an official EP. Staind guitarist Mike Mushok has also officially joined the band as of March, 2013. This EP was well received by fans and critics and debuted on the Billboard charts at number 62. Fans are eager for more!

In 2013, Jason Newsted will be fifty years old, which is hard for some metal fans to believe. Regardless, this super-talented individual shows no signs of slowing down or compromising himself at the expense of his art.