Whatever Happened to Kip Winger? 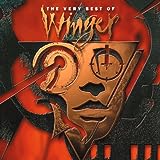 If you were a hair metal fan in the mid to late eighties, then you probably remember Winger. They were a slightly above average pop-metal band, known more for ballads than anything else, but they definitely did light up the charts.

Kip Winger (born Charles Frederick Kip Winger), the band's lead singer, was somewhat of an anti-hair metal hero. Though he did do the big hair and spandex things, he was nowhere near the more effeminate lipstick and eye shadow look that was so prevalent in the men of hair metal at the time.

Winger released their self-titled debut album in 1988, followed by In the Heart of the Young in 1990 and Pull in 1993. By the time Pull was released, hair metal's popularity was in rapid decline. Though they had several top 40 hits, namely Headed for a Heartbreak, Seventeen and Madeline, by the time Nirvana and their grunge band peers took over the charts, Winger wasn't much more than an afterthought.

Every now and then, one of their songs will pop up on a Best of the 80's list somewhere, but it's been years since many of us have heard their music.

So... Whatever happened to Kip Winger? 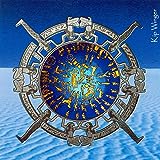 Believe it or not, hair metal was not Winger's first musical love. Before hitting the big time, he studied classical music, including composition.

One of the things he's been working on since the demise of hair metal is his classical work. He has actually written a thirty minute composition called Ghosts on commission for the Tucson Symphony Orchestra, and the composition has been used for performances by the San Francisco Ballet. He was actually nominated for an Isadora Duncan Award for Excellence in Music.

He has also produced some of his own solo albums as well, releasing three of them: This Conversation Seems Like A Dream, Down Incognito, and Songs from the Ocean Floor. Down Incognito is comprised of acoustic versions of his previously released music, including Winger's biggest song, Headed for a Heartbreak.

In 2001, Winger reformed to record one new song for the Very Best of Winger. In 2006 they reunited again with it's original lineup and released an album, IV and another in 2009 called Karma, which was well received by critics but, although they did tour to support it, the sales didn't materialize.

Although Kip Winger will likely never achieve the fame or success he had with Winger in the 1980s, don't feel too sorry for the guy. Not only has his rock career included stints with Alice Cooper, he has played on songs by Bob Dylan and Twisted Sister, he has written music that has been recorded by other musicians.

With the Winger reunion still in full swing and side jobs like the Rock and Roll Fantasy Camp, he seems to be doing just fine.

Kip Winger - How Far Will We Go Official Music Video