What is Wrong With Much of Today's "Music"

From the picture you see above, I'm sure you can see what I'm talking about. My point being that music today has changed for the worst.

Yes, you might not agree with me, and yes you might say something like "OMG Justin Bieber's music is the best! You're just a hater full of jealousy". But that wouldn't bother me in the slightest, I'm writing this article to put across my opinion on music today compared to music in the past.

What I will say, however, is that if you're a pop fanboy/girl with a narrow view on music, you might want to just leave now, if not then please, do enjoy.

Many will agree with me when I say that the vast majority of the music industry today is an industry of money-making, pure and simple. All the record company's need is a "sexy" guy/girl with a mediocre voice and technology to improve the sound of their voice and to lay down an infinitely generic constant beat at which anybody can nod along to.

The record company's employ or collaborate with many writers who put any number of random strings of generic sentences into a nicely packed "song" which can be injected into any constant beat.

A great example of this is Rebecca Black. Black was 13/14 when her mother paid a company called Ark Music Factory to produce a song named "Friday" for Rebecca to sing in a music video which would then subsequently be uploaded onto Youtube for her friends and family to view.

However, within days, the video was gaining thousands of hits and becoming viral as "The Worst Song Ever Made". Have a listen if you dare...

I'm sorry, I had to include the parody version, it's just too funny!

On a more serious note, however, I hope this highlights how bad music can get nowadays.

Moving on, what is distinctive about these songs are a number of things, mainly:

These are the kinds of things I generally can't stand personally, I mean if that's what you feel like listening to I'm not going to judge you but music incorporating too much of any of these things tend to put me off.

I myself love many genres but my main genres would probably be Indie and Metal/Hard Rock. Now I'm sure not all the artists and songs I listen to within these genres haven't used things like autotune, many artists use it outside of pop music, so I'm not gonna be a hypocrite and say any song that includes any of the above is rubbish, but that those who abuse technology when trying to make music, are not making music at all.

To give you an idea of my type of music here is The Heinrich Maneuver by Interpol, one of my favourite songs.

I like Interpol because they have their own distinct sound I can recognise from any other artist(s). Their lyrics are deep and meaningful as the whole band contributes to the writing of them. There is also little to no electronic input into their songs as the sound is coming from the band's instrument's, not a computer generated beat as with many mainstream songs.

This is what makes real music in my opinion, and I feel it is a dying concept, unfortunately.

During the 50', 60's, 70's, 80's, back in time when technology was less advanced, bands like The Beatles, Black Sabbath, The Rolling Stones, Led Zeppelin and The Cure were the real musicians who played music because they loved making great art.

But nowadays I feel that people like Justin Bieber, Rihanna, Nicki Minaj, Cheryl Cole and many others are what is supposed to pass as "music" nowadays. If this sort of regurgitated, generic rubbish is what money-making machine record companies will continue to produce for the rest of my lifetime then...

Has mainstream music changed for the worst? 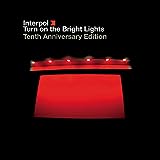