Best Elvis Tribute Artists - When the King Was A Bounty Hunter

Bounty Hunter of the Midwest

Elvis Tribute Artists and impersonators of all shapes, sizes, and genders can make a good living at what they do. Some of them work full-time at it, like Doug Church and Steve Michaels. Others enter yearly Elvis Contests and try to win first prize.

Current celebrities impersonate Elvis as well - like Cher in her haunting video Walking in Memphis. Not quite as believable as Andy Kauffman, Cher still does a passable job. The annual Elvis contests around the world include little people as well as children and women among the male contestants.

Sometimes, everybody just wants to be Elvis.

In my city, a retired bounty hunter is one of the tribute artists who patrols the streets as well as entertains the populace. They call him Elvis, but his name is Billy Cash.

The 2016 film "Elvis and Nixon" chronicles the day that Elvis Presley approached President Richard M. Nixon for certification as an undercover agent at large to help solve the crime and drug problems in 1970s America.

One might wonder if Billy (William) Cash is related to sorely missed singer Johnny Cash, but the evidence of such a connection is not visible. However, Billy's black hair styling reminds me very much of both Johnny's and Elvis's and Billy has recorded a few albums of his own. Perhaps we have so little background on our local Case, because he was a bounty hunter for many years and kept his personal information silent as a safety precaution. It lends an air of mystery to him as well.

Billy Cash operates a recording studio somewhere in Columbus, Ohio and is sometimes found in local establishments entertaining the customers with his singing. A video offered below features Billy rehearsing with an Elvis track. Cash can be found at times performing at the Ace of Cups in the Clintonville neighborhood that he patrols voluntarily on his own.

Ace of Cups Pub and Revues 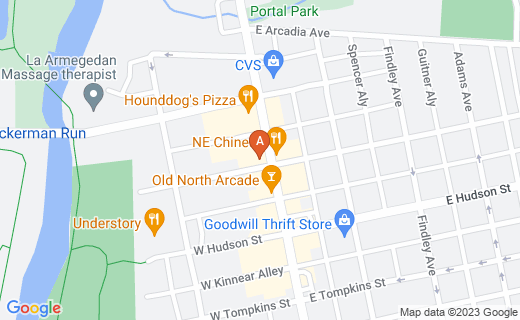 Ace of Cups is a live music and comedy venue and neighborhood pub in an old bank building. The address is 2619 North High Street, north of the OSU Campus, if you are ever in town. It is one of the few places you can play Ping-Pong, which is growing in popularity with the college crowds. Ping-Ping training is available about a mile away.

Elvis Presley envisioned himself a Drug Enforcement Agency Officer and an iconic photograph of him accepting a badge from President Nixon in the 1970s affirms his related dream. Billy was a successful bounty hunter in real life. Today, he patrols the streets of Clintonville, apprehending vandals, muggers, burglars, drug dealers, and graffiti taggers who would hurt the cityscape and its people.

Law breakers see him approaching, become flumoxed at the sight of an unexpected, older Elvis and shriek, "Who are you?" Cash uses the standard movie line, "I'm your worst nightmare." They believe him.

I am wondering if Elvis is looking down and grinning.

Local elected officials here and some neighborhood church leaders testify that since Billy came to town, crimes for which he is particularly on the lookout have decreased in number and frequency.

This is good news, since the city is growing and recently is receiving recognition in mid-2015 as the Most Intelligent City in America. Well, even genuises and college grads can use a little help from a latter day Elvis. Billy Cash is officially the "Columbus King" and often travels to Graceland in Memphis during mid-August for Elvis Week.

Clintonville has many streets and roads, along with numerous twisting alleys, ravines, creeks, and footpaths. Certain areas have underground tunnels for street crossing and vandals hide there, until Billy finds them, stops them, and gives them to the police.

It is likely Cash that has stopped vandalism from destroying a mural painted on both sides of underpass walls on E. North Broadway. At least a block long, the double mural depicts famous people, places, and historic businesses of Clintonville. We do not want to lose that to spray painted mottos.

If you want to meet him, Billy Cash is hard to catch - something like a superhero with a secret identity. Bus riders try to disembark when they see him on the sidewalk, but by the time they reach him, he's gone - like the Lone Ranger.

The Graceland of Columbus 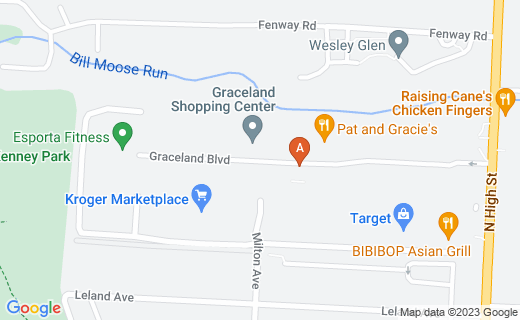 Celebrate Elvis and Listen to Billy

I'll be keeping a more watchful eye open for his presence and if I don't find him singing or crimefighting, I'll just have to attend Elvis Week -- After all, Elvis was my 13th cousin.

If you'd like to hear some songs performed by Billy Cash, download them free at billycash.bandcamp.com/releases. You'll reap the gathering of tunes like The Lord's Choir (03:38), Country Moonlight Kiss (01:24), and Country Lady (04:33). He also has a number about drunken rednecks, but of course, that's not PC. And, he may be a better crime fighter than singer, but he is encouraging to other people.

I wonder if our Graceland Shopping Center shouldn't have an Elvis Week celebration and invite Billy Cash? I think I'll write to the management company.