Depeche Mode: where are they now?

Who are Depeche Mode?

Depeche Mode are an electronic music band; with hit singles all around the world and over 48 songs in the UK single charts they are widely renowned as being the ‘most popular electronic band’ ever. Formed in 1980, the group consisted of Dave Gahan (vocals), Martin Gore (keyboards, guitar), Andy Fletcher (keyboards) and for a short time Vince Clarke (keyboards) – Clarke was replaced by Alan wilder (keyboards, drums) after their first album.

Depeche Mode formed part of the 80s ‘revolution’ in modern music with bands like Duran Duran, Howard Jones, Yazoo, Bananarama and the Pet Shop Boys. Their style incorporated modern technologies such as synthesizers and drum machines and could be associated with modern Techno styles. Their strong vocals made them stand out from the hundreds of mediocre electronic bands of the era and helped them forge a huge fan base and ultimately led to over 100 million album sales. 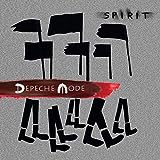 A brief History of Depeche Mode

While the origins of the band date back to 1977 when Clarke and Fletcher formed a band inspired by The Cure, Depeche Mode didn’t formally come into existence until the arrival of Gahan in March 1980, with their first outing being at a school in May 1980.

They broke through after being approached by an upcoming label owner Daniel Miller at a live gig in Canning Town. Initially they were contracted to record a single, ‘Dreaming of Me’ – released in February 1981, this song hit 57 in the charts and led to them producing two top 20 hits with ‘New Life’ and ‘Just Can’t Get Enough’. Their first album was subsequently released in November 1981 and peaked at number ten in the UK album charts.

Clarke left the band in November 1981 and formed Yazoo with Alison Moyet, and would later join the highly successful Erasure. Wilder was then hired in 1982; with a successful single ‘See You’ the band emarked on a tour of North America.

Depeche mode produced several albums and toured during their most successful period in the early to mid eighties. Their world-wide break through hit was “People are People” in 1984 which became an international hit and finally hit the US charts at 13 in 1985.

In 1986 Depeche Mode their style became far more ominous and atmospheric – while still retaining sampling, they moved away from the ‘pop’ sound to become darker.

Their popularity began to grow in the late 80s in the US and they began to fill stadiums, with sellout crowds.

Depeche Mode entered the 90s and continued to produce hit songs such as ‘Enjoy the Silence’ and their US success continued to grow. They continued to adapt their sound and became heavily influenced by Grunge Rock - their ability to constantly change with the times has perhaps helped them stay relevant for so long.

During the mid nineties, turmoil hit the band; Gahan became introverted and erratic as a heroin addiction began to take hold, while Gore and Fletcher both had medical problems. Wilder left the band in 1995.

The band nearly ended at this point with Gahan’s addiction spiraling out of control. The band did release another album after Gahan had attended rehab and it was successful despite the lack of a full tour.

In 2001 Depeche mode toured 24 countries and performed 84 times; they still managed to pack in an average of over 17,000 per gig and continued to prove they had the energy and talent to continue to be successful.

Depeche Mode continued to release albums and tour in the 2000s even though Gahan produced several solo albums during this period.

What ever happened to Depeche Mode?

In 2008 Depeche Mode returned to the studio and produced their 12th studio album – Sounds of the Universe. The album was released in January 2009 and was a commercial success and was generally received positively by the critics.

The band toured in May 2009 to support the album but due to illness 16 shows were cancelled and rescheduled for 2010.

Today Depeche Mode continues to tour and release albums – in June 2011 they released a remix compilation album. The band seem to be quiet, however recently that have revealed that they have recorded covers that are associated with U2s 20th anniversary re-release of Achtung Baby.