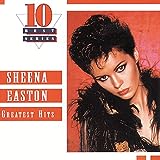 Sheena Easton is a singer much the same age as myself. We are both Scottish.

When we were first introduced to Sheena Easton, it was on a UK TV progam called "The Big Time" that was hosted by Esther Ranzten who was big on UK TV at the time.

I didn't watch a lot of television in those days. It was 1979. I'd been married 2 years and had a mortgage round my neck. I worked a lot of hours to pay for it, but i did see one or two of the shows Sheena Easton appeared on.

We thought she had a lovely voice that needed training, but it was possible of course that she was just nervous in front of the TV cameras.

The professionals had polished her into a real singer!

She did have the raw talent, we could all see that, but if it wasn't for this show, and the professional advice she was obviously given, I doubt if Sheena easton would ever have been anything more than a pub singer.

Of course, this doesn't explain why Scotland hates her.

At the start, Scotland loved her!

In fact, I wouldn't be surprised to learn that Scotland bought all the copies of her first single, which in the UK was called "9 to 5", but which was re-named "Morning train" in the US to avoid confusion with a Dolly Parton single of the same name.

Now you can go read wikipedia if you want the order of things, but basically Sheena Easton had two big hit singles in the UK - 9 to 5 and Modern Girl - before she decided her opportunities lay across the Atlantic.

Or maybe opportunities beckoned her there that weren't apparent here, but off she went.

We all wished her well, and we were proud that a wee Scots lassie, one of us, was doing well.

Or so we got told now and again.

Your must remember that (more so, in those pre-internet days) the British pop music scene and it's American counterpart had little in common.

Living in the US, but still with a Scots accent

I'm not even going to go and look up quotes about who said what or when, but over the next few years we didn't hear much about Sheena. There was the recording with Prince, if I remember correctly, and snippets here and there about how great America thought she was.

Well, fine, she seemed at this point to have turned her back on us, all her fortunes were across the Pond; there were no new releases for us, the Scottish (or indeed, UK for that matter) public, to enjoy.

Then, 10 years later, she was coming home.

She was playing an open air concert at Glasgow Green among her own folk.

Glasgow Green is a huge park on the riverside in Glasgow.

Over the years it has had many uses, it's first being for washer-women to dry their clothes.

It has been widely used for political rallies, rock concerts, touring circuses, you name it.

Glasgow Green is a wide open space which I hope the council never decide to build over.

In 1990, they hosted a fantastic FREE open air concert featuring top bands from all over the place.

Called The Big Day, the concert was held in not just Glasgow Green but at three other major venues nearby.

It was the year Glasgow was the European City of Culture and we were having a ball!

Actually I missed most of the fun. I was driving a taxi on the night shift, and remember that year well.

I probably remember it better than most because of that.

Pubs that normally had to shut at 11pm were open till 2am or longer.

The night clubs that normally shut at 4am were open until 6am.

Glasgow bounced! It was so much fun, but it meant working till 7am in the morning instead of being able to finish at 4am.

Anyway, at this concert, which was held on June the 3rd, 1990, bands and singers came from all over.

Headlining the concert was Deacon Blue, Wet Wet Wet and Hue and Cry, all of whom were HUGE at the time in the British music industry.

Sheena Easton booed off the stage

I have watched the video below several times, and if you watch closely during her second and final number you will see something being thrown on the stage, twice.

They looked like they both could have been the fluorescent light sticks that had been handed out to the crowd before Sheena Easton came on stage.

Something I found on several pages of search when looking up details of this incident, suggests that the crowd were eagerly anticipating another act which had a single in the charts at the time, but who failed to turn up. (Adamski)

So right away, a large part of the crowd would have been disappointed. Combine that with the huge volume of alcohol the crowd had consumed, plus the fact that no-one knew Sheena's opening number - it was definitely NOT a hit in the UK - and THEN she said "It's good to be back home" in a mid -Atantic accent.

Listen to the crowd during her first number, there is none of the cheers that other bands received.

I remember gong to watch Wet, Wet, Wet. What a concert!

That said, I did not go to see Sheena Easton. Possibly she was billed for earlier or later, I cannot remember, but I would have had to go to work at some stage, because in those days, despite having a young family, I worked 7 days a week.

Oh to be young again!

At some point during that day, and before she went on stage, Sheena Easton was interviewed by a local TV crew.

Something she said, and I can't remember what it was exactly, estranged her from her own (Scottish) folk.

She wasn't, Deacon Blue were.

She said something to rub people up the wrong way.

We Scots don't like people who are so far up their own arse that they think the sun shines from it.

I read about it in the papers at the time. I wasn't there. To me, the big attraction was seeing Marti Pellow live (Wet Wet Wet).

It seems that when she started speaking on stage with an American accent, the crowd booed her and later pelted her with bottles filled with urine.

This might seem disgusting, but it is more normal to pelt people you don't like with eggs.

I am left to assume it was something she said or did while on-stage that made the crowd turn. Obviously nothing was pre-planned, or loads of people would have brought eggs to her concert.

Instead people sent her a message in the only way they could.

Apparently Sheena Easton left the stage shortly after that, without completing her set, and vowing never to appear on stage in Scotland again.

Well, good luck to her.

This is entirely of her own making.

With her millions of dollars, I don't suppose she even cares.

Pity she didn't engage with her home audience as well as she did on this US TV show! She came across like a really likeable and fun person here, and while her accent started of very Bel-air, it soon reverted to something nearer a Bellshill accent. (She is from Bellshill, a small town near Glasgow).