Why You Should Stop Watching TV

Why You Should Stop Watching TV (It doesn't always rot your brain, but it can.)

Maybe it's just an ego thing for me. Maybe I just don't like it when I have to make my conversations cater to the advertisement breaks, when I can only speak to someone in pieces because they're vegetating in front of the tube and tell me to shut up between the blocks of commercials.

I stopped watching TV not as a conscious choice, but simply because I lost interest. I started to go after other things, and there was really nothing on television that I felt like watching. Most of what was on there was only at most vaguely interesting for my purposes.

Now I'm an intruder when someone has their eyes glued onto the screen. The concept of being so absorbed in something so boring as the news or some talk-show is foreign to me and I've lost that subconscious sympathy that other TV-watchers have for each other, and I tend to just keep blathering on when the show has come back on and a certain degree of silence must be observed.

It annoys me that I'm playing second fiddle to celebrity gossip and political scandal and reality TV. For my own sake, and for everyone else's as well, I will attempt to convince the world to stop watching TV so much.

Thusly, here is my list of compelling reasons you should stop watching TV:

You know how many useful things you could buy with the money people throw at their cable companies? Lots. Why not save the money and get a fancy blue-ray disk player instead, or a better TV, and watch inspiring movies instead of that garbage that's on TV all the time? Jerry Springer probably doesn't look any better in HD than it does in regular definition.

Or, if you don't want to spend the money on your entertainment system, why not buy fancier clothes with the money you saved? Or fancier food at the grocery now that you can more readily afford it? Or how about books for your children or for yourself? (If you're the kind that has been under the impression that reading is boring because you were force-fed all the required literary crap in school, then buy some smutty books and get re-acquainted with the written word through those means.)

Compelling Reason #2: Depending on what it is that you watch, it is possible you are being brainwashed by the media

Don't you think it's important to have your own opinion about things? You think that those talking heads on TV really do just "report" so that you can "decide"? C'mon, of course you don't. You're smarter than that. So why keep watching?

If you must get the news or learn about all the political happenings, why not read about it from more objective sources that really do little more than report? Why give yourself the extra mental work of having to always be on guard to compensate for a story being spun this way or that? Video has the potential to be a more emotionally rich and emotionally manipulative medium than the written word, which can be good when it comes to fiction, but it can work against you when all you're looking for really are the facts with none of the extra flavoring that can throw you off.

Compelling Reason #3: You get basically nothing in the long-term out of watching TV

The vast, vast majority of what is on TV is not designed to make you grow as a person. It is a short-term escape, a place to be entertained, not to be enriched. This is fine in moderation--we all need re-creation of some kind--but it is probably one of the least enriching kinds of re-creation. It is inefficient in this sense. When we are done watching, most of the time, none of it stays with us, we have learned no lesson, we have felt nothing particularly positive, and we do not leave mentally refreshed. Very little of what is on TV is at all inspiring. Almost none of it is at all artistic as opposed to commercial. Most of it is designed to make you want to stay on the couch and keep digging through your bag of potato chips, not to make you get up and live life to the fullest.

It is the entertainment equivalent to a greasy burger and fries.

Now, I don't object to the medium itself, don't get me wrong. Art in all its forms can be inspiring and can fuel people to action potentially. I just disapprove of vegetative TV watching: TV that involves passively being entertained because you have nothing better to do. The things which enrich us are things we choose deliberately. Every once in a while, something worthwhile will air on TV, but that's very different from just habitually watching "whatever's on." 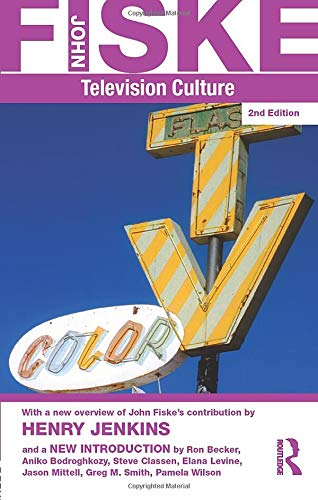 Compelling Reason #4: Your communication with others suffers

Or it does if you insist on keeping the TV on when you're hanging out with someone, be it a family member or friend. This goes back to the introduction of this article, and my personal frustration with the empty conversations I have had sitting in front of a TV.

What if you bared your soul to someone, only to have them respond with: "Huh? What'd you say? I wasn't really paying attention, sorry. This is the episode where the drag queen gets arrested. It's hilarious." Exactly.

Why watch other people having conversations and interactions when you can just have those yourself with the person next to you? Of course, it could be that you don't really like the people in your life enough to feel like interacting with them much. In that case, get some new friends and tell the boring ones to go away.

Compelling Reason #5: It Keeps You From Living Your Life

Pretty simple: Rather than watching other people doing stuff you wish you could do, you could just do stuff yourself.