Recently, there has been a great deal of news about the stalking of high profile celebrities and their families.

For example, Ben Affleck shared in a December, 2013 interview with Playboy that someone who had a history of threatening him and his family ended up getting close to his children.

. What follows is a direct quote from the interview.

"...This stalker who had threatened to kill me, my wife and our kids showed up at the school and got arrested."

According to a published 2013 news report by the Hollywood Reporter, some celebrities are spending upwards of a hundred thousand dollars a year on personal security. For Mega-watt stars like Brad Pitt and Angelina Jolie, executive protection costs can skyrocket, approaching $2 million annually, according to professional security experts cited in the article.

Keep in mind that as in the case of Ben Affleck, stalkers target not only the celebrity but also the star’s family. Personal safety has become such a major concern that stars like Halle Berry have been leading the charge for an anti-paparazzi statue in California after photographers apparently began aiming their cameras at her daughter, Nahla.

To better understand celebrity stalking, including some of the reasons why people stalk stars, I decided to interview an expert.

Why do people stalk celebrities?

It is a complicated issue and is multi-factorial in nature. Some stalkers are under the delusion that they are somehow emotionally connected to a given celebrity. Others identify with a particular role that celebrity has played. And still others may suffer from a mental health disorder. Finally, you have the paparazzi who basically make a professional living out of following stars and taking photographs or video.

Dr. John D. Moore is author of the best-selling book, Confusing Love with Obsession and a licensed mental health counselor. He has a PhD in Psychology from Northcentral University and is a college professor at American Military University.

His firm, 2nd Story Consultants, provides consulting services to celebrities and professional athletes on the psychology of stalking. His work has been featured in The Los Angeles Times, Web MD, Cosmo and Men’s Health.

I caught up with Moore before he flew back to Chicago from Los Angeles at a coffee shop.

Have you ever with a celebrity?

Let’s focus on people who are not paparazzi – what do we know about these celebrity stalkers?

The current research suggests that there are basically three types of stalkers:

Which type of stalker is most likely to be violent?

Truthfully, any stalker has the potential to be violent. Research suggests however that the simple obsessional group typically is the most likely to resort to violence. Again, we are talking research and so there is a lot of gray area there. Plus, much of the research does not speak to motivations behind the stalking.

Are male celebrities more often stalked than females or is it the other way around?

Most commonly, female celebrities are victims of stalking by men. In a lot of the research we see the stalker is older than the star but again – there are gray areas here.

What else do we know about these stalkers?

Often you will see the person is underemployed or basically unemployed, which is problematic because they can devote more time to stalking activities, including cyber-stalking.

Celebrity stalkers typically fall into the love obsessional group and a lot of them according to the data have mental health issues.

Those in the erotomanic group are usually but not exclusively women with victims being men ... who are higher up on the socioeconomic scale.

Again – I am giving you some typologies here and they are not set in stone so I don’t want readers thinking we are talking in absolutes.

What is it like for stars and their families when they are stalked?

I will level with you – it is terrifying. Many times, these celebrities become traumatized after a stalker comes after them or a family member. Often the entire family must seek out counseling because they live in fear and high anxiety.

I recently had a well known celebrity that I have been consulting with share that she received a love letter from a stalker who had been watching her comings and goings. Obviously, this celebrity is working with police but none the less ,,, it is scary for them.

What makes it worse is when the stalker mentions the star’s children, such as what was reported by Ben Affleck. Security experts will tell you that all threats must be taken seriously.

So the stars develop their own fears and anxiety because they are stalked?

Absolutely! I can’t tell you how many I have referred to places like the Suzy Lamplugh Trust, an organization that is there to help people with fear of crime and stalkers.The concerns are legitimate and very real. 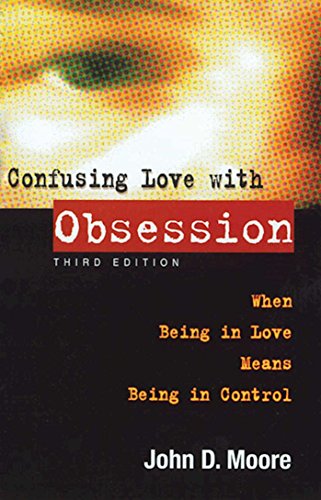 Confusing Love With Obsession: When Being in Love Means Being in Control
Buy Now

So what is the difference between a fan and a stalker?

That is a common question and not one that is always easy to answer. My own thoughts are that fans typically are enthusiastic supporters of a given celebrity, such as a singer. They buy that person’s music, know some facts about the individual will purchase tickets to concert events. Having some type of memorabilia of that star is fairly commonplace. And an enthusiastic fan will typically want to have their picture taken with the celebrity. None of those things alone should be considered stalking.

Stalking is a much more involved where the person is often fixated on a celebrity and may have delusional fantasies. The main things we look at is the intensity of preoccupation with a person and of course their actions and behaviors.

With the case involving Ben Affleck, he reported in an interview that the stalker posed as a person with the paparazzi ... in order to get close to his children as they were leaving school. And so here, we are looking at an individual who allegedly was going to the lengths of following Affleck’s children.That is scary.

What are some common stalking behaviors that you have seen?

It runs the gambit from cyber stalking to physical stalking. Sending love letters, making threatening phone calls, following the star around town, harassing them – all of that can fall into stalking behaviors.Google street maps is a favorite of many stalkers, where they can visually see a star's home, favorite restaurants and hangouts.

What’s important to keep in mind with stalking is that in almost all cases, the behaviors are intrusive and unwanted. And again, the level of preoccupation with the star is extremely high.

Does your book talk about obsession and stalking?

Yes but my book focuses more on how individuals become fixated with another person, typically not a celebrity - and then begin engaging in stalking behaviors like we are talking about here. Different animal but related for sure.

Thanks for your time Dr. Moore