The Music of Joan Baez and Her Quaker Background

Joan Baez, Newport and then Woodstock

Joan Baez came on the music scene early in the 1960s. She performed at the Newport Music Festival in 1959 before the era of easy video and sound recording, so not much remains of the music of that festival and what is available is pretty rough. Later, there was more Newport events and then came the big event, Woodstock in 1969. A friend of mine who was at this first Woodstock commented that it was late in the first evening (about 1 AM) and he was very tired. Then this voice came over the sound system, so absolutely beautiful that he sat straight up and was enraptured for over an hour; that voice was Joan Baez. The later Woodstock festivals have been much better organized and recorded.

Joan was known for her beautiful and haunting soprano voice. She became very involved in the music of the 1960s, the ballads, the songs from the hills and, ultimately, her protest songs. She sang songs that pointed out what was wrong in our American culture. She was one of the original "peaceniks" and wasn't afraid to say so and to demonstrate whenever possible. She spent time in jail for her activities in the peace movements during the Vietnam War and still remains active today in her early 70s.

I, personally, was in the military before and during the early 1960s and going to college after being discharged in 1964. At that time, the music scene was being invaded by the Beetles in their early foray into the music world. At the college, those of us who were recently in the military were very conservative regarding music. I and others like me would not even attempt to acknowledge the genius of the Beetles; at this point we did not pay much attention to those who performed at the various music festivals such as Newport and later, Woodstock.

At this point in history, American involvement in Vietnam in was in the form of military advisory group activities (MAG) which gradually escalated into full scale war. Young men were needed as cannon fodder and as a result, the military draft was reinstituted. All of this set the stage for much of the music of Joan Baez and others, they protested through their music and very successfully.. Joan was particularly known for her rendition of "We Shall Overcome", the last song of the night at Woodstock. Woodstock was very important, it set the stage for Joan Baez to surge to the front of the music world in her genre of protest music. At Woodstock, she performed for about one hour.

During this era, her husband, David Harris, was sent to jail for not reporting for the draft and Joan, herself, was arrested twice and spent time in jail for blocking the door to the Oakland (CA) draft induction center. She spent time in North Vietnam singing for American POWs and was actually in Hanoi during the intense bombing that took place for about ten days, an American escalation in the price of war for North Vietnam. She reported that she and others greatly feared for their lives. Another interesting fact that came out of her visit to Hanoi was that her eyes were opened and she saw the evils of Communism in its treatment of its subject populations. She then protested against that evil as well as the evils of war rather than remaining a marxist fellow traveler like Jane Fonda and others of her ilk.

Some songs of Joan Baez at Woodstock in 1969

The Last Thing On My Mind

Joan told the story about how the Federal Marshalls came to take David Harris into custody during an intermission at this point. She told the Woodstock audience about how her husband, David Harris, was arrested and imprisoned for three years because he ignored his draft notice. Later he founded an organization which encouraged men to ignore or tear up their draft notices. These songs that were sung by Joan at Woodstock on that first evening were not all well recorded at Woodstock and in the case of the song Hickory Farm, another young couple recorded it on UTube and I placed that recording here because that was all I could find.

I Live One Day at a Time

Take Me Back to the Sweet Sunny South

Let Me Wrap You in My Warm and Tender Love

The Night They Drove Old Dixie Down

Almost all of the Newport songs and the later Woodstock songs were sung later and in more favorable circumstances with better recording and of course, many with records being produced. Almost all of her music is available today on CDs and on the the internet via UTube. And also many other songs such as some of my favorites such as Swing Low, Sweet Chariot, The Day They Drove Old Dixie Down, and Green Grass of Home.

Wikipedia has an excellent biography about Joan. She was born January 9, 1941, in Staten Island, New York. Her parents were Albert Baez and Joan Bridge Baez. She had two sisters, Pauline and Mimi.Because of her fathers employment with UNESCO, the family moved many times around the world. She lived in the U. S., England, France, Switzerland, Spain, Canada and the Middle East during her childhood.

In 1958, her father, a brilliant man, accepted a professorship at Massachusetts Institute of Technology after studies in mathematics and physics. He was a co-inventor of the X-ray microscope. That brought about a move to Massachusetts where Joan, after six weeks at Boston College, became interested in the local, up-and-coming folk music movement. Although her father had early in his life entered the ministry as a Methodist minister, the family later converted as a group to the Quaker faith. This faith engendered much of the desire for peace and human equity that became part and parcel of Joan's activities throughout her life. The Wikipedia website mentioned above gives much more about her life as well as the many records and musical appearances that she has made throughout the years. At present, she is quietly living in Woodside, California with her mother.

And A Voice to Sing With: A Memoir
Recent memoir by Joan
Buy Now 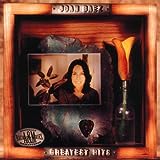