Write A Punk Song From Start To Finish Today: 10 Easy Steps to Help You Succeed

Can You Really Learn How To Write A Punk Song In Ten Easy Steps..?

Want to know how to write a punk song?

The following guidelines will help you to create your very own punk song. Use it for anything! For your band, for your own personal enjoyment... but just remember:

These are guidelines only. Punk songs can be written in many different ways - this is just one way to do it.

Step One: Develop A Hook

In sales, a 'hook' is a line, phrase or word which instantly draws people to the product.

In music, the hook is a theme which runs throughout. This could be a catchy melody, a simple yet unique guitar riff, or even a line of lyrics.

Don't worry about getting it down on paper: As long as you have an idea in your head, you'll be fine. After all, since when did punks start planning?

OK, so this is the basis around which you will build your song. Most punk songs have chord sequences which involve just 3 (or sometimes 4) chords. They should be relatively simple, catchy and easy to work with melody-wise.

Remember that there are countless songs all using the same chord pattern, so don't worry about 'copying' - there are only so many chord patterns to choose from. It's what you do with the rest of the song which makes it unique.

Step Three: Think Up A Melody

This is going to be the melody which runs over the chords you picked in the last step, and so you should think up a tune which matches the notes within the chords.

It's going to be the melody you sing the words to. (What words?!) -- Don't worry about words just yet. Some songwriters prefer to think up words before they think up music, and that's fine - but this method we are using is taking a different approach. Words will come later.

Remember that your melody doesn't have to repeat itself quite as much as your chord pattern - you have a lot more flexibility. As a rough guide, a line of melody (or a verse) should span over chord-pattern-repetitions in multiples of 4. This means during a verse you should perhaps expect to play your chord progression 4 or 8 times.

Oh, and if you're having a little trouble with the melody, punk-rock can get quite shouty - so don't worry too much (but don't shout all the way through - that's not music). 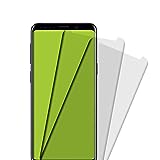 "But I already did that!"

Yep, do it again. Up to this point, the music we've created has been for the verse alone. We now need something distinctly different for the chorus.

Some songs use the same chords all the way through - but if you do this, you are going to have to ensure your melody and/or guitar riffs are significantly different to distinguish the chorus from the verse.

Once again, choose something common, something catchy, and move on to the next step.

This one is going to be for your chorus, so you need to think about making it pretty different from your verse.

Alright, we've come pretty far in a short space of time. Let's review what we have so far:

Right now, you should have:-

This means you have the basics of your songs - A verse, a chorus, and an idea. Now you need to fine-tune and add the details.

It's often been said that lyric writing should be a carefully thought out procedure, and to a point that's true. But always remember:

A punk song can be about anything you want.

Just to give you an idea, you could make your song about:

Yep, it's a strange and diverse area, and you have tons of flexibility.

Just make sure that you make your lyrics as rhythmic and catchy as possible.

Tip: Try sticking to rhyme. Rhyme makes for catchier song writing. Try to tell a story. Stories give a bit of structure and meaning. Stuck for words? Stick some fillers in! Create a tagline you can repeat, use over and over and throw in whenever you're struggling.

Step Seven: Use Your Hook

That idea you had for a hook? Use it now!

Use the idea, and go with it - create a catchy riff or two for the guitar to play over the less wordy parts of your song.

Even if your hook has already been addressed by the lyrics, the melody or the chord pattern it's still a good idea to have a handful of flashy guitar riffs that can be thrown in when needed.

Now, using everything you've made, take a few of the ideas to write a wicked introduction.

Typical introductions can be as simple as a couple of rounds of your verse/chorus chord progressions, or even just a "1, 2, 3, 4 Let's Go" type beginning.

Either way, it should tie in with the mood and theme of your chosen riffs, chords and melodies.

An exit - or an outro - is the opposite of an entrance - or intro - and will be your way of waving goodbye to the song.

Once again, use themes developed throughout the song.

Some ideas (in case you're stuck):

Step Ten: Put It All Together

Alright, now you just have to take all the building blocks you've created and put it all together.

To give you an idea, here's an example of how your punk song could be structured:

I put bridge in there, and whilst we haven't exactly covered this, a bridge is just an extra section you can add to break the song up a little bit. This could have words, or could just be instrumental - whatever it is, variety is the key.

Learn the notes on a piano keyboard

Was this guide useful?