I'm Rachelle, a.k.a "TheMotleyChick," a lover of eclectic but ordinary people, situations & topics and I love sharing helpful resources.

Gabrielle Flowers, aka "Gabe." has been a regular fixture around YouTube for 6 years. She started vlogging with basic "video diary" entries, hair and beauty updates and tutorials, and covers of popular songs, because Gaberielle is a semi-professional musician who sings in her church choir.

The "Babe" portion of GabeBabeTV is Flower's husband, Chad Radar. Gabrielle introduced Chad to her audience early on in her YouTube career when she was dating him. Since that time, the two have gotten married, and they have built an interesting digital life together in Gabe's hometown of Indianapolis, Indiana.

As the story goes, Gabe and Chad met on Facebook, when Chad was overseas in the military, he was instantly enthralled with her, but it took her a minute to get with the program.

Gabe and Babe are an interracial couple who makes it work, and the pair are strongly devoted Christians, who reflect a positive image to all who choose to embark on their daily journey with them.

The Birth of Chad Jr (Meet Ceej is Born)

The birth of their adorable son, Chad Jr., aka Ceej, was filmed and uploaded to YouTube, and hundreds of fans sent them well wishes and congratulations.

Loyal viewers of GabeBabeTv have watched Chad Jr. grow from birth to a happy, well-adjusted kid, who's smart as a whip and as cute as they come. Today, Ceej is nearly five years old, and he's just as comfortable in front of the camera as his parents.

GabeBabeTVs Nana is the Sleeper Hit!

Along with Gabe, Babe and Chad Jr, GabeBabeTV regularly features other family members, such as Gabe's mother and sister, and some members of Chad's family as well.

However, the standout family member regularly appearing on the show, is Nana, Gabe's grandmother. Fans of GabeBabeTV can't get enough of Nana, and have grown to care about her as if she were their own grandmother.

In the video featured accompanying this part of the article, Nana begins to spill the beans about her wild teenage years at around 13:25.

GabeBabeTV follows Gabe and Babe as they go about the usual events of their lives, but their vlog is interesting because of the chemistry of the couple, and the awesome relationships they have with their son, extended family, and friends.

Filmed seminal life events, such as the aforementioned birth of their son, as well as the sad death of Chad's father, have imprinted the couple's "realness" onto the hearts and minds of their subscribers.

Currently, along with the main vlogging channel, Gabe has branched off with a dedicated hair and beauty channel, Chad has his own channel where he spotlights his fitness journey, fatherhood, and his daily struggles to be a good husband and an overall decent human being, and even little Ceej has a toy review and overall fun channel for kids.

Gabe and Babe are a smart couple who are building a digital empire, and taking their family and friends along the way. Won't you join them for some good, clean, family oriented fun?

**According to the title of their newest YouTube vlog, it appears the family will be welcoming a new baby into their fold, as Gabe and Babe have announced they are pregnant (I haven't seen this episode yet, I'll be watching as soon as I complete this hub, but I have included the video below) 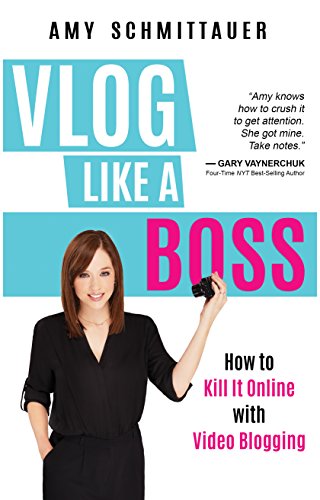 Vlog Like a Boss: How to Kill It Online with Video Blogging
Buy Now

*Dollar amounts are estimates
*It is said the true amounts are somewhere in the middle (this is also my
confirmed personal experience for my own channel)
*These figures are ONLY the YouTube/Google Adsense earnings,
YouTubers tend to earn far more money from sponsorships & brand
deals

**I include these figures just in case you might be interested in starting your own vlogging channel - this way, you will have some idea of what you can work toward.

***If you are seriously thinking about starting a YouTube channel and becoming a vlogger, please check out YouTuber, Amy Schmittauer's book "Vlog Like a Boss," the link to where you can purchase the book safely and securely on Amazon should be to the right of this section of the article.

Thanks for Visiting my Hub! | Let's Stay in Contact!

Let's Hook Up on Social Media!

If you love gaming, technology, dystopian sci-fi, culture & the arts, and/or anything involving Generation X, please check out my other Hubs.

Also, please hook up with me on social media, as I always enjoy meeting and conversing with like-minded people. (Links to the Right).