The Lost Music of the Grunge Generation.

The Road is Paved in Mud

Thanks to the founders of grunge, we were introduced to some of our Alternative heroes.

How It All Began

In the late 80s bands from the Seattle area were tired of the "hair metal' trend and came up with their own grungey, dirty, alternative music that will forever be known as Grunge. The first bands to emerge on the scene were Mudhoney, the Pixies, the Melvins and Green River. Although these bands are not well-known today, they were a large part of the Seattle scene and they paved the way for the major key players of the Grunge Movement.

Grunge music is a subgenre of alternative music which began in Seattle towards the end of the 80s. The majority of the music that came from this genre originated from an independent record label in Seattle known as Sub Pop. Although Grunge was born in Seattle, by the early 90s it spread around the cournty and became insanely popular.

The 80s saw a rise of "hair metal" and while many loved it, the grunge originators grew tired and decided to shake things up a bit. Grunge music is actually inspired by heavy metal and hardcore punk, with a frenzy of electric guitars, deep bass strings, rhythmic beating of drums and gravel clad, angst filled voices. Grunge music has a stripped-down, garage sound and was the perfect music to express how teens in the 90s felt about life in general.

Sadly Grunge seemed to have died on April 5, 1994 when Nirvana front man Kurt Cobain took his own life. Although bands like Pearl Jam and Soundgarden were still rocking the stage, Cobain seemed to be the voice of a generation and our hearts broke when we heard the news on that tragic day.

Today, if we want to hear Grunge we need put in a CD or turn to YouTube since this wondrous music is no longer mainstream and manufactured. However, we do have a hint of our heroes in present time. Dave Grohl, the drummer of Nirvana, recently had the role of a lifetime. Although Grohl is the singer, guitarist, and drummer of his own band, the Foo Fighters, he recently joined forced with Krist Novoselic, of Nirvana, and none other than Paul McCartney, of the Beatles, to kick out some old school Grunge with the best of the best, of the best sir! Although Grunge is sadly retired, it will forever play on our internal Walkmans.

Although the 1990s are over, the Grunge Era lives on in our hearts and thanks to modern technology, namely YouTube, millions of videos are posted on a daily basis, and thousands of these videos are of our favorite bands of the 90s! Not only can you choose from singles, but you can listen to entire albums and even watch concerts of our 90s angst heroes.

Lost Talent of the Grunge Era

Who was your favorite Grunge band of the 80s/90s? 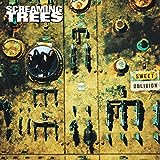 Although our grunge days are gone, the love is never lost, and the voices are never forgotten. If you love the 90s and all things grunge, don't let it die. Keep your flannel shirts around the waist of your torn denim and keep listening the tunes of a decade. As Chris Cornell of Soundgarden and Audioslave says, "Be yourself is all that you can do."