Zombie Survival: How To Kill A Zombie

Zombies are them troublesome dead walkers that just get in the way of a good night out, they either want to eat your brains or have a quick nibble on your nuts, they are usually slow creatures that are easy to outrun, but in high numbers and in confined spaces they can be fatal, this is a guide of sorts on how to kill a zombie, it is common sense people so in the event of a zombie holocaust it is advisable that you take the necessary precautions against these undead deadites.

First and foremost, when you shoot a gun try to aim for the head shot, because in too many films have I seen some rather dumb people just waste valuable ammo shooting the zombies shoulders and chest, one head shot seems to do it and if you can't shoot straight, it's best to go to a shooting range to practice your gun skills, because if you don't you will probably be that bad at shooting a gun, you will pop a cap in some poor bastards arse who may not be a zombie and that would be bad.

Sharpen them machetis up, so that when the time comes you can have yourselves a zombie decapitation spree in the local shopping mall whilst doing the shopping, could be a bit of entertainment, as severing the head from the body is also a way to go for killing a zombie, the brain seems to be the main force driving these deadly rotting creatures.

Other ways you may not have thought of:

Liquid nitrogen could be a good alternative when thrown on the head, be careful not to get any of it on your hands and genitals as they will be as cold as a snowmans balls, liquid nitrogen may not be a common substance so a bit of carefully controlled fire in a confined room could do the trick, as always though aim for the head, try and destroy that brain as they are really quite thick anyway - don't let Bub fool you by flicking through a book and loading a gun like in the original Day Of The Dead.

Knives and other stabbing weapons, aim for the brain, you could get to it through the eyes, the nose or the mouth or even the ears.

Warning If the zombies are the fast running kind that is actually quite disrepectful to classic zombies, then you may get eaten, so stock up on guns to take them all down with a head shot, you may want to do this sniper style from the roof of a building, particularly if you want to gain access to a casino or cinema for a little entertainment and popcorn.

Household Furniture and other stuff - Around the house there may be just the thing for killing a zombie right under your nose, so prepare in advance, a chair for instance can be broken and made into a weapon to fend of those dirty zombie ho's, or a glass vase smashed over the head may just dig in the zombies brain and make them die....yeahhh kill the zombies!!

There may be other inventive ways to kill zombies with grenades or by lighting your own farts on them, but whatever you choose, make it count, before they over run the world and form political parties of their own and run for president and prime minister of all countries and they make us pay taxes and make us watch reality TV....oh no I've just realized it's worse than I thought, they are already here....reality TV is at an all time high...we will become zombies soon....noooooooooooooooo!

More Ways To Kill A Zombie

Zombies are horrible undead creatures and they should be punished for being so ugly looking, so with a few mentions in the comments below I am able to update this helpful guide on Zombie Killing and first things first go and buy a Chainsaw on Amazon below to really get the best killing tool for these zombie rotters.

Chainsaws are ideal for chopping the zombies head off, but be careful to have enough petrol in your chainsaw as running out of it just as an army of zombies are heading towards you is not a good sign....

Check out the chainsaws below and pick a good one.... 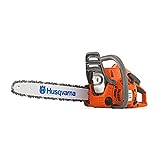 Read A Well Thought Out Book....

A good book that I read awhile ago that sticks in my mind is this one which I reviewed World War Z which is a fictitious account of a zombie apocalypse and it gives a good account of what could happen and through this book you can work out what to do to survive when the zombies spread over the world.

Knowledge is power when it comes to zombies, so prepare with as much tactical information you can acquire by reading articles like this and books on the subject of zombie survival, it's not who you know it's what you know! 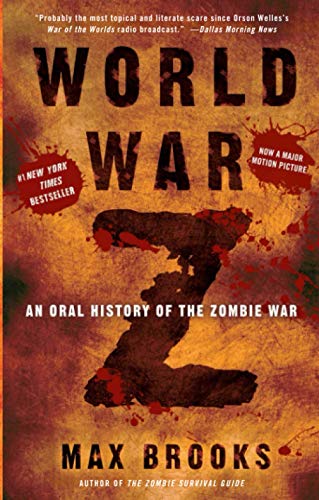