A Country Song About Dad Not Liking His Daughter's Boyfriend

Barbara has spent over forty years writing poems, lyrics, and sayings for cards, and interpreting the meanings and messages in song.

Meeting the Dad Can be Nerve Wrecking 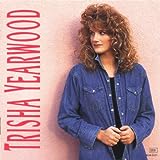 The Song Tells the Story of Katie's Love for Tommy - Much to Her Daddy's Dismay!

When I first heard the fun song 'She's in Love with the Boy' by Trisha Yearwood back in the early 1990s, the lyrics soaked me in smiles from beginning to end!

This bouncing country song about a dad not liking his daughter's choice for a boyfriend is an all too common tale for many of us girls who had protective dads! Just as in life, in this song It's mom who steps in to set dad straight about their daughter's relationship!

One of the effective aspects of this song is how the song tells a story from the point of view of a day-in-the-life of Katie and Tommy; It starts with Katie waiting on the front porch for her boyfriend Tommy to show up for a date, while dad points out 'he ain't worth a lick, when it comes to brains, he got the short end of the stick' <---that makes me laugh every time I hear it! As a daughter of a father who had 'strong opinions', especially about boyfriends, it's like stepping back in time!

Later on Outside the Tastee Freeze, Tommy Slips something on her hand, He says my High School Ring will Have to do,'Til I can buy a Wedding Band (Lyrics)

That's right! This date turns into a marriage proposal and dad will certainly not be pleased! In fact, they sneak in after midnight, and like in most homes, dad is waiting up for them - oh oh...trouble. He says, 'young lady get on up to your room, While me and Junior have a talk' Here's where mom makes an entrance and reminds dad of this little historical fact...

'Mama breaks in, says don't lose your temper, It wasn't very long ago, When you yourself was just a hay-seed plowboy Who didn't have a row to hoe, My daddy said you wasn't worth a lick, When it came to brains you got the short end of the stick, But he was wrong and honey you are too, Katie looks at Tommy like I still look at you, She's in Love with the Boy' (Lyrics)

The song ends with the realization that Katie and Tommy are in love and she's going to marry that boy someday...what's meant to be will always find a way.

Many of us have Dads like Katie's: In my case, I would always forewarn my dates about Dad before they met him - Best dad in the world.

Take a minute to listen if you haven't heard it before - it's pure story-telling country fun!

(Lyrics) ...Mama breaks in, says don't lose your temper, It wasn't very long ago when you yourself was just a hay-seed plowboy....

Daughters...did your father give your dates a tough time? and Boyfriends were you (are you) nervous meeting a girlfriend's dad for the first time?