Alien vs Predator: a True Child of the 80s' Dream Come True

AVP: decades in the making (at least in my head)

It's tough to imagine the anticipation with which young goatfury looked forward to this movie as a kid, but I'll try to do it some justice. As a young pre-teen, I was first exposed to "Aliens" in a hotel room in New York City while on a trip. I did not watch rated R movies at home, so this was brand new for me, and it was exhilarating to see the knife/hand scene with Bill Paxton (you know the one I'm referring to if you've seen the movie once, and maybe even if you've never seen it). Anyway, I absolutely loved the sci fi elements and the way Geiger's aliens looked on screen. I was hooked.

A couple of years later, I was exposed to "Predator" while staying at a friend's house. What an incredible monster they came up with for this, an alien who hunts humans with high tech devices coupled with superior attributes. Of course, add in Aaaaanold and I was totally hooked. I eagerly watched "Predator 2" (pretty disappointing) then went back and watched Alien, an absolute classic. Between the two films, I always thought the Alien ones had a lot more promise in terms of believability and staying power, but nevertheless, the Predator series brought a certain something to a kid's imagination, and even if the Predator movie wasn't as awesome as the Aliens one, the prospect of the two series one day combining began to become a real thing in the minds of millions of kids across the country. Perhaps this phenomenon was inevitable, given both of their respective awesomeness. All I know for sure is that during the late 1980s, there was at least one summer where we talked about little else during our free time than the Aliens battling with the Predators, who would win, and why. 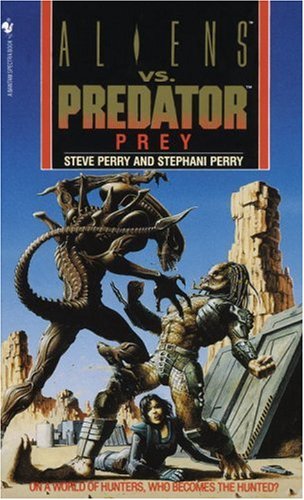 One day, AVP (Alien vs Predator) the comic book came out. This was every comic nerd kid's wet dream, especially those remotely close to the same age as me. Suffice it to say, it was the comic book event of the year when it came out. I collected comic books and copied the art the way some kids would play outside or flirt with girls (well into my teen years, too), and so I was fully familiar with the AVP series and its long-anticipated arrival. I definitely studied the art and really appreciated it. It wasn't H. R. Giger, but it was a great tribute in ink, comic book form.

Fast forward a decade and a half, and the AVP movie finally comes out. And it delivered everything I wanted- aliens blowing up, predators being eaten in half, and so much more. I didn't want great acting or great dialogue, and I certainly didn't get this, but I did get exactly what I was looking for. The effects were nothing short of amazing for the time, even better than the recent Alien movies that had been out, and certainly considerably better than Shwarzenegger's Predator series from the 80s.

It might be cheesy, but it's as entertaining as it gets! With gory, violent fight scenes and amazing special effects, the mind of H. R. Gieger is warped in a comic-book direction for all of us to enjoy. "They're not hunting us. We're in the middle of a war!" "They're using us as bait!" The one liners keep coming, too, and the puns don't disappoint.

If you've seen "The Expendables" and enjoyed that, there's pretty much no way you won't also enjoy AVP (just so you know what you're getting yourself into). Of course, if you saw Predator 1 or 2, you probably also have an idea of where this movie is likely headed. It's an interesting mix, though - Alien was mostly space horror, with a healthy mix of sci-fi. Aliens, on the other hand, was probably 75% sci-fi with 25% horror thrown in.

The mind of Giger