These movies were suggested to me by friends. Most of them I have not watched as of yet. So, a big thanks to my friends for gathering these titles!

If you know of more movies with heroines who are also amputees, I hope that you'll let me know in the comments!

These movies were recommended by comment or other feedback

The critics for this movie are harsh. Though it has great actors in it, most people seem to agree that it is over the top and melodramatic.

Here's part of the description from Wikipedia:

Jack Grimaldi, a corrupt cop who does favors for the Mafia in exchange for large fees, has a loving wife, Natalie, and an adoring mistress, Sheri. He thinks he has it all, until both the cops and mob are outwitted by a sociopathic Russian mob assassin named Mona Demarkov.

...Although he obtains phony papers for her, she refuses to pay and attempts to strangle him. He shoots and seriously wounds her, then tries to drive away with her handcuffed in the back seat. Mona escapes by hooking her legs around his neck, causing him to crash the car. She slithers out through the shattered windshield without ever freeing her hands.

Mona lures Jack to an abandoned warehouse. He again attempts to kill her but is tricked into shooting Sheri instead. Mona fixes the corpse so as to suggest that it was she, and not Sheri, who died. (Her scheme involves severing her own arm and substituting it for Sheri's.)

I gather from what I've read about this movie that the healing plot line is somewhat secondary to the love plot line between the mother and the horse whisperer.

Teenager Grace MacLean (Scarlett Johansson) and her best friend Judith (Kate Bosworth) go out early one winter's morning to ride their horses, Pilgrim and Gulliver. As they ride up an icy slope, Gulliver slips and hits Pilgrim. Both horses fall, dragging the girls onto a road and colliding with a truck. Judith and Gulliver are killed, while Grace and Pilgrim are both severely injured. Grace, left with a partially amputated right leg, is bitter and withdrawn after the accident. Meanwhile, Pilgrim is traumatized and uncontrollable to the extent that it is suggested he be put down. Grace's mother, Annie (Kristin Scott Thomas), a strong-minded but workaholic magazine editor, refuses to allow Pilgrim to be put down, sensing that somehow Grace's recovery is linked with Pilgrim's.

I had never heard of this one! It's a Spanish language film, though the actors are French and Italian. Apparently their voices were dubbed into Spanish.

Tristana is an orphan adopted by nobleman don Lope Garrido. Don Lope falls in love with her and thus treats her as daughter and wife from the age of 19. But, by age 21 Tristana starts finding her voice, to demand to study music, art and other subjects with which she wishes to become independent. She meets the young artist Horacio DÃ­az, falls in love, and eventually leaves Toledo to live with him. When she falls ill, she returns to don Lope. The illness results in her losing a leg, which changes her prospects 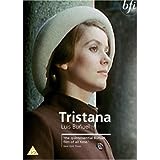 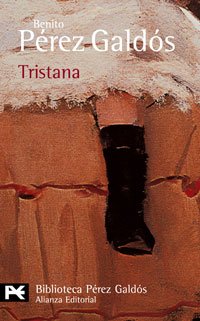 A Zed and Two Noughts

Another one I had not heard of until my friends told me about it, it looks like a very quirky and off-beat film.

Twin zoologists Oswald and Oliver Deuce (Brian Deacon and Eric Deacon) are at work studying the behavior of animals at a zoo, when their wives are killed in a car accident involving a large swan. The woman who was driving the car, Alba Bewick (AndrÃ©a FerrÃ©ol), is not killed, but she sustains enough damage to warrant the amputation of a leg.

This is a new-ish movie based on a true story of a girl who recovered from a shark attack and continued surfing. My understanding is that there is a strong Christian message to this story.

Descriptions of it are chock full of words like "inspirational" "overcoming" "courageous" and others that make me worry that this movie is probably way too sickly sweet.

A 2011 American drama film about the life of surfer Bethany Hamilton. At the age of thirteen, Hamilton lost her arm to a shark attack. The film details the events surrounding this attack and her struggle during the aftermath.

Soul Surfer: A True Story of Faith, Family, and Fighting to Get Back on the Board
Buy Now

What movies am I missing?