Dohn121 is a freelance writer who currently resides at the foothills of the Shawangunk Mountains of New York's famed Hudson Valley.

Meeting Amy For the First Time

By the way, don't miss out all three of the featured videos! Please enjoy. 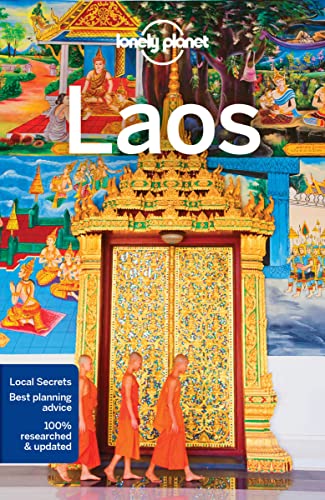 Amy Chanthaphavong is Softagon’s Operations Manager. Originally from San Diego, Amy received her Bachelor of Science from the University of San Francisco, where she majored in Political Science and minored in Business, and worked in the legal field as office manager, paralegal, and legal assistant. Her responsibilities at Softagon include human resources, accounting, recruiting, sales support and administration. Amy enjoys reading, traveling, attending jazz concerts and Broadway shows, make-up artistry and wedding planning.

Bio of Amy Chanthaphavong and a Chance Meeting

Amy Chanthaphavong was born and raised in San Diego, California. While growing up, her parents instilled in her the capacity to cherish and embrace the Lao culture, which included sending her to a nearby Buddhist temple in San Diego on Sundays for schooling so that she learn the Lao language—the language of her ancestors.

As fate would have it, Amy was spotted by the founder and President of the Miss Asian American Rose Chung while dancing at the very first International Lao New Year Festival in San Francisco while dancing on stage. Through Mr. Sirch Chanthyasack, the Chair of the ILNYF, the two would go on to meet one another. The Lao Seri Association would become Amy's first sponsor.

Despite being 27 years of age whereas many of the other 22 beautiful and talented contestants were for the most part between the ages of 19 and 22, Amy would prove to be the victor. She certainly was the best of the bunch, don't you think?

“As a girl I struggled with my identity, growing up as a Laotian American. Its great to have an organization and event like this to help unite and strengthen our presence in the community.”

-Amy Chanthaphavong on the Center for Lao Studies

Paving the Way and Making Us Proud

The New York Times and Time Magazine reported two very important things to the world pertaining to Laos just recently: That Luang Prabang, a UNESCO World Heritage Site in Laos was the #1 Travel Destination in the World and proclaimed that Beer Lao is Asia's best tasting beer and for the first time ever, Laos hosted the South East Asian Games (2009). Now, in 2009, Amy Chathaphavong became the most beautiful Asian American, bar none. I really do hope that this is the start of something big and that this trend continues. I could certainly get used to it.

Safe to say, I'm proud to have been born in Laos and learning about the successes of Lao and Laotians is certainly a joy. If anything else, Amy has given hope to many of us, including many young women who hope to someday be crowned Miss Asian America one day, because not only is she smart, educated, talented and a dutiful daughter, she's also selfless in her volunteer work and charity. She's certainly a great role model to us all. Congratulations, Amy. You deserve it.

Amy is currently a fashion design student at the Parsons in Manhattan, NYC. In addition to school, Amy is also the Operations Manager at Softagon Corporation. In 2004 she earned her Bachelors in Political Science from the University of San Francisco. Her community service includes interning at Congresswoman Nancy Pelosi’s office, volunteering at Bowery Mission Outreach, event coordinator at the 2009 First International Lao New Year Festival (ILNYF) in San Francisco and a host on LaoStar TV.

I'd like to personally thank David Yu Photo Galleries for the exquisite pictures.  Please click here to view more of his fabulous work.

I hope you enjoyed learning about the Crown Jewel of Laos otherwise known as Amy Chanthaphavong. Below, you'll find more of my hubs on Laos and Lao culture. Thank you for reading!